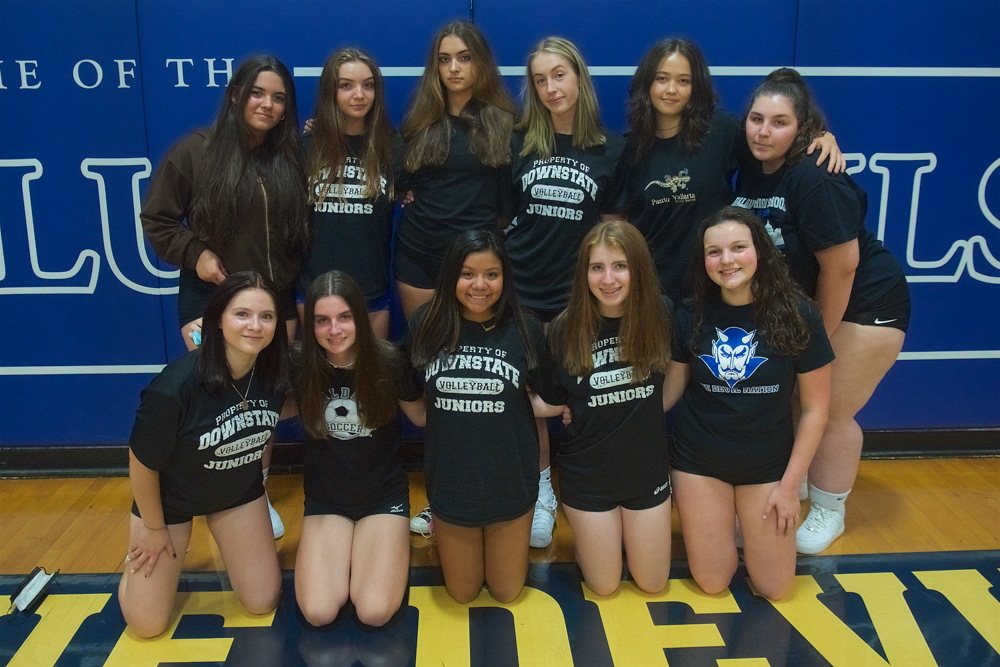 The Haldane girls’ volleyball team, under second-year coach Kristina Roling, is coming off a 13-2 season in which the Blue Devils fell to Croton in the regional semifinals in April during a fall season that had been delayed until spring.

“We’re split down the middle with experience: some varsity and some junior varsity or club experience,” said Roling. “We have big goals but are focusing on working as a team and supporting the players with limited experience.”

After a season played in mostly empty gyms because of the pandemic shutdown, Roling said that “having spectators will add to the games. It’ll be nice to play in front of a cheering crowd.”

On the college front, Olivia Monteleone, a 2020 Haldane graduate who plays for Western Connecticut State, was named Little East Conference Rookie of the Week, after tallying a team-high 16 service aces (.89 per set) and 41 digs (2.27 per set) in a 2-2 week for the squad that included wins over SUNY New Paltz and Vassar.