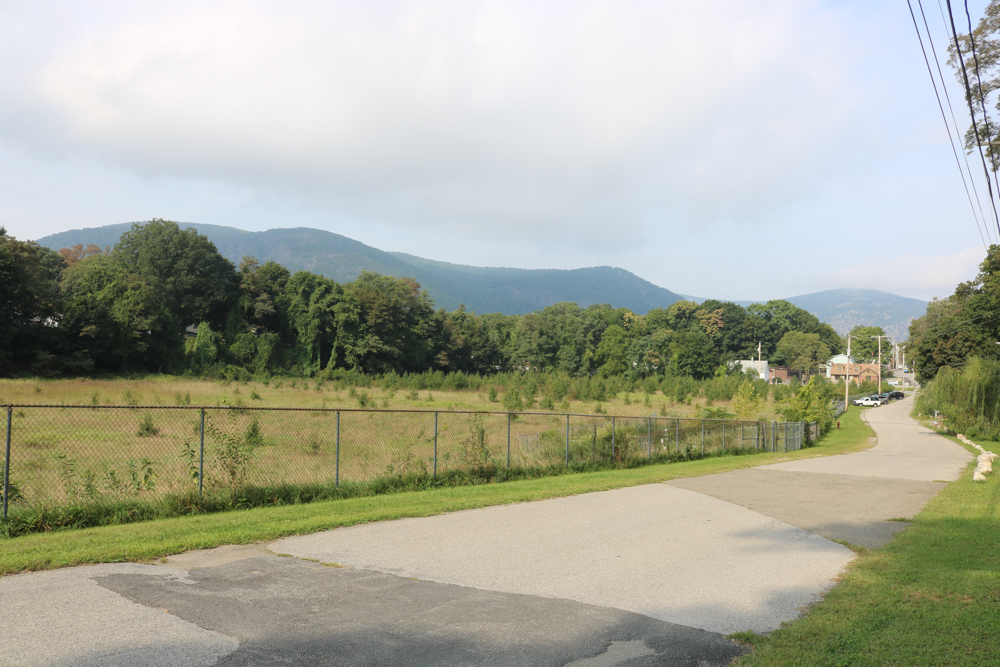 The classification of the nearly 12-acre field on Kemble Avenue, zoned Office-Light Industry, will change to Mixed Use as part of an ongoing update of the Village Code. That revision was one of many presented at a public hearing on Sept. 7, which considered four existing chapters of the code and one addition.

In addition to the property on Kemble, the eastern portion of the south side of Rock Street would become part of the Mixed-Use Zone.

Pamela Tames, a remedial project manager at the federal Environmental Protection Agency, confirmed on Wednesday (Sept. 15) that the parcel can be redeveloped. The agency’s website calls it “Superfund Success Story.”

The Cold Spring Village Board was scheduled to continue discussion of the code update, including Chapter 134 on zoning, on Thursday (Sept 16).

Residential, business and mixed uses would each be allowed to occupy up to 30 percent of the Mixed-Use Zone, with buildings limited to two-and-a-half stories. Accessory apartments and short-term rentals would not be permitted. 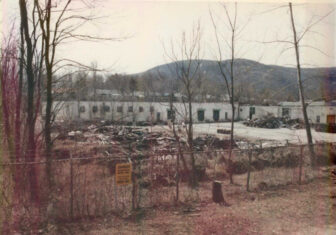 The Kemble property is owned by The Kearney Group. About 10 years ago, at a meeting of the Special Board for Cold Spring’s Comprehensive Plan, developer Ken Kearney discussed a conceptual plan for the property that included a clustered mix of residential, commercial and live-work buildings as well as green space. At the time, Kearney mentioned a storage unit complex as another possibility, though he favored the mixed development.

The property has sat idle for more than 40 years because of its long history of pollution, which began in 1952 when the U.S. Army Corps of Engineers built a 46,000-square-foot battery factory on the northern, 7-acre portion of the site.

The Sonotone Corp., which operated the factory, purchased 5 additional acres at the southern end of the property in 1966, using it, in part, to dispose of toxic waste.

The Marathon Battery Corp. purchased the factory in 1969. The following year, the federal government sued Marathon to stop the discharge of toxic chemicals.

In 1971, fish in Foundry Cove, adjacent to the property, were found to contain extremely high levels of cadmium, a metal used in the manufacture of nickel-cadmium batteries. The next year, the EPA ordered Marathon to dredge the cove, resulting in the removal of more than 90,000 cubic meters of contaminated sediment that was buried on-site in a clay-lined vault.

Marathon closed the plant in 1979 and, two years later, the EPA designated the area as a Superfund site and compelled the owners to clean it up or reimburse the government for the work. That process took nine years.

In 1993, the clay-capped vault was excavated. The Army, Marathon Corp. and Gould Inc. agreed to pay $91 million for the cleanup and $13.5 million to the EPA for its work and future oversight.

The overall site, which, in addition to the battery plant property takes in 58 acres of East Foundry Marsh and Cove and the Hudson River, was removed from the Superfund list in 1996 and the EPA began a series of five-year reviews of its condition.

Kearney Realty purchased the parcel from Gould Inc. in 2003. In 2009, the EPA tested the basements of 10 homes on The Boulevard and Constitution Drive for polluting vapors; a mitigation system was installed in one of the houses. The EPA concluded the main source of groundwater contamination was a solvent shed that had been located on the factory property.

The EPA’s most recent five-year report, from 2018, indicated that groundwater beneath the property remains polluted and will continue to be monitored. It also found that nearby Foundry Cove Marsh has not yet recovered from the toxic discharge.