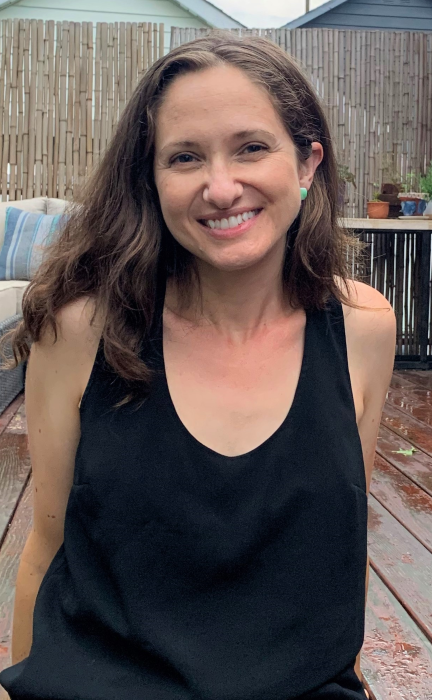 Eleanor Peck had been the Climate Smart coordinator but moved to the Conservation Advisory Committee, while you moved from the CAC into Peck’s position. What happened?

Eleanor started a new job and is now an intrepid volunteer on the CAC, and I have taken on this part-time position for the city. I’m following through on initiatives she started. Last year the City Council committed to reaching zero greenhouse gas emissions for the electricity the community uses, and that all of the city government’s electricity usage will be renewable or carbon neutral. The state’s zero-emissions goal is 2040 but we want to be faster, because it’s an emergency. This will reduce emissions, lower taxpayer costs and nudge the wider grid away from fossil fuels.

What else is on your agenda?

Big picture, we want to show how economically smart it can be to make the low-carbon transition and protect our open spaces, our river and safety and health. We also want to show that any city or town can make changes, not just the ones with big budgets that are often referred to as models. We can be an example of how to do this even with tight resources. I would also love to work with Beacon’s businesses that are excited about getting more sustainable, and coordinate more with the school district. In fact, some students in Beacon are already leading the way. It would be great to send the next generation off with the right information about day-to-day decisions and setting priorities.

When you moved into the role in June, you asked residents on Facebook about their concerns. What did you hear?

Creating safe bike lanes and adding bike racks, having composting provided as a city service, generating less waste, better recycling, getting recycling back on Main Street. There was another great idea to help each other out with food grown in public gardens. I love that kind of overlap between hanging together as a society and working with nature.

One thing I’ve seen is that people who don’t consider themselves environmentalists are getting concerned. The recent flooding was a jolt. What makes it so challenging is its scale, and the hurry that we have to be in. Every community is going to have to figure this out. I would love for us to act early and do well. That can help on a bigger scale.

So many things. My kids have had incredible experiences at their schools; there is so much dedication from their teachers. I love the mountain and the river, and I love the creativity and determination here. Beacon has this longstanding culture of environmentalism, and I want to amplify that, but in a way that includes everyone and doesn’t come at anyone’s expense. Part of that is making sure changes are doable, affordable and helpful to everyone.