Congress is considering a $1 trillion bill to fix roads, bridges, dams and water systems. What does it mean for the Highlands?

Steve Anderson, who has owned a home in Philipstown for 26 years, has been thinking a great deal about infrastructure over the past decade. He is the founder and managing director of Infrastructure USA, a nonprofit advocacy organization largely funded by groups with skin in the game, such as the American Society of Civil Engineers, the American Council of Engineering Companies and the New York Building Foundation.

A television producer and documentary filmmaker, Anderson created the group in 2009. He said he was searching for a topic related to infrastructure for his next film (e.g., how electrification changed the world) and friends and sources suggested that a website that shared various approaches to the issue might have a wider and more engaged audience. He built it at infrastructureusa.org.

“The responsibility we have to the natural environment is clear, but we also have to take responsibility for our built environment,” Anderson told me this week. “The backbones of America are creaky. In every community, including in the Hudson Valley, we are deficient in areas that impact people’s lives, especially those at the margins, younger people, those seeking a step up. These are investments that play out over generations.” 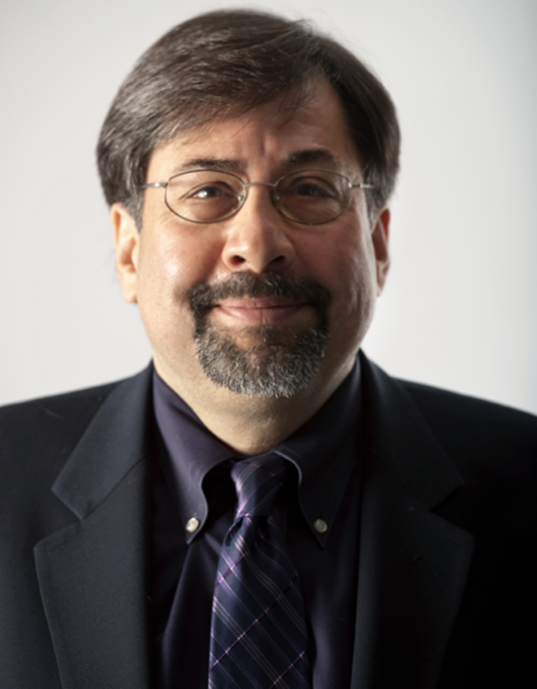 Because he is a longtime resident of rural Philipstown, the power grid came up early in our conversation. “After it comes back on, the power company sends you the reason” for the shutdown, he said. “My favorite just said, ‘Squirrel.’ That was the reason 1,000 customers had no power for a day.”

Water was also top of mind. “It’s becoming ever more precious, and ever more expensive,” he said. “It’s an issue that has become more prominent in the last 10 years because of the waste of water, and because the cost of maintaining water systems takes funds away from other expenditures.

“People always say, ‘We can’t afford it,’” Anderson said of infrastructure spending. “Well, you can pay me now or you can pay me much more later. The roof is leaking. If you consider the multiplier effect of this spending on jobs and the economy, there is an incredible return on investment. But we’ve become short-term thinkers.” 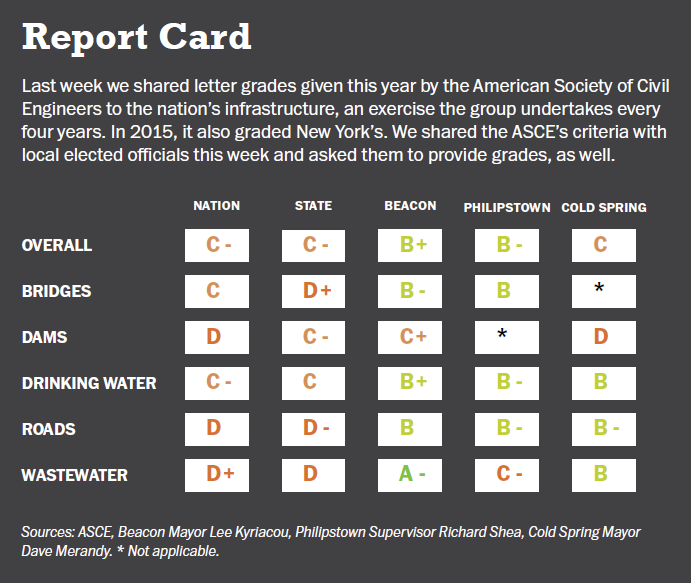 People are willing to pay if they have faith in the process, he noted. “Everyone raises their hand in favor [of infrastructure], but there is an increasing distrust of the shepherds of expenditure. Can we say it’s going to go where it was intended?”

Anderson pointed out that many communities have voted to increase local taxes for infrastructure projects, because that’s where the buck stops. “Much of infrastructure is funded by states,” he said. “Some of it is funded by the federal government, which can print money. A mayor or legislator cannot do that. When the bridge goes out or the road collapses or the wastewater goes down or the culvert breaks, who has to fix it?”

As we reported last week, a huge influx of money may soon be flowing from D.C. to the states and then to counties and municipalities. Last month, the U.S. Senate, on a 69-30 vote, passed a bill that would dedicate $1 trillion to infrastructure over five years, including $110 billion to fix aging roads and bridges and $55 billion for water infrastructure. The House is expected to vote on the proposal soon.

Coming Soon to the Ballot

The November 2022 ballot will include a proposal to allow the state to issue $3 billion in bonds to fund investments in water, air, wildlife and the environment.

If approved, the Restore Mother Nature Bond Act would provide:

■ At least $1 billion for flood-risk reduction such as wetland, floodplain and stream restoration; and dam removal and culvert repairs.
■ At least $550 million for wastewater infrastructure projects; municipal stormwater projects; municipal grants for stormwater with green infrastructure; sewer line replacements for failing septic systems or cesspools; and lead service line replacements.
■ As much as $700 million for climate-change mitigation projects, such as green buildings and green roofs, and to reduce water pollution.

Anderson envisions those federal dollars funding innovation. “In local communities, these are models that can be replicated. We should be saying, ‘Here are the funds. What’s the best way to deal with wastewater?’ As we look to the next generation and the challenges of climate change, what should we do in our community? There is no shortage of issues, only a shortage of good plans.”

He sees the commitment of long-term infrastructure funds as “an opportunity, especially in the Hudson Valley, because we’re doing OK,” he said. “Let’s do everything we can to protect that ‘OK’ and look like visionaries.”

One thought on “Operation Infrastructure, Part 2”