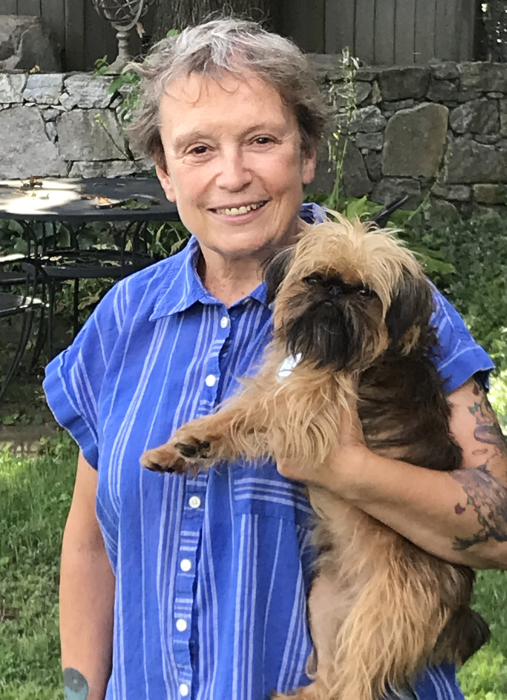 Linda Weaver, who lives in Cold Spring, is the co-founder of Access Talent, an agency for voice-over actors.

How did someone with a psychology degree become an agent?

I got burnt out on the research I was doing and came up with this brilliant idea to go into advertising. I started sending out resumes and was lucky enough to get an interview with Cunningham, Escott & Dipene, where I worked for five years. Then I went to J. Michael Bloom and ran the voice-over department. I started my own company in 1999.

Who is hiring voice-over actors?

Television networks, radio stations for promos, audiobook publishers, animators, video game producers. Video game work and animation is done principally in Los Angeles. In New York, we get national network commercials and promos and a tremendous amount of audiobooks. Sometimes they’ll ask me for a “wry, quirky unusual” voice or they’ll ask for a “sweet and light sound.” I read the copy so I get a feel for who I think is right. We never have a demand that’s hard to fill. There are plenty of people who want to do it and think they can do it.

How do you judge a “good” voice?

I’m not going to hear a voice on the street and say that’s good for voice-overs. My list consists of a lot of amazing actors who have trained. A voice is not going to get you anyplace without technique. Voice-over is a craft. It’s acting ability, it’s the ability to communicate at an honest level, it’s all of the things that you do in TV and film but with only your voice. The average person deciding to do it is going to struggle. It doesn’t mean it’s impossible, but it is a lot harder.

Has the business changed since the 1990s?

We went from reel-to-reel recordings and actors going to casting directors and advertising agencies to electronic delivery. The Hispanic market exploded 10 to 15 years ago. When you turn on the television, there is a series of Spanish-language channels. Audiobooks and video games expanded the need for voice people.

What have you enjoyed the most?
Giving somebody their first job. There was an actor I saw at the theater and I tracked him down through his manager and said I’d like to talk to him about voice-overs. He’s an amazing actor — film, TV, theater — and is working all the time, but it took him four years to book his first voice-over. He came to me one day and said, “I did a crappy job at the [voice-over] audition.” I said, “You should keep doing a ‘crappy’ job because you’re going to be the voice of a major car account.”