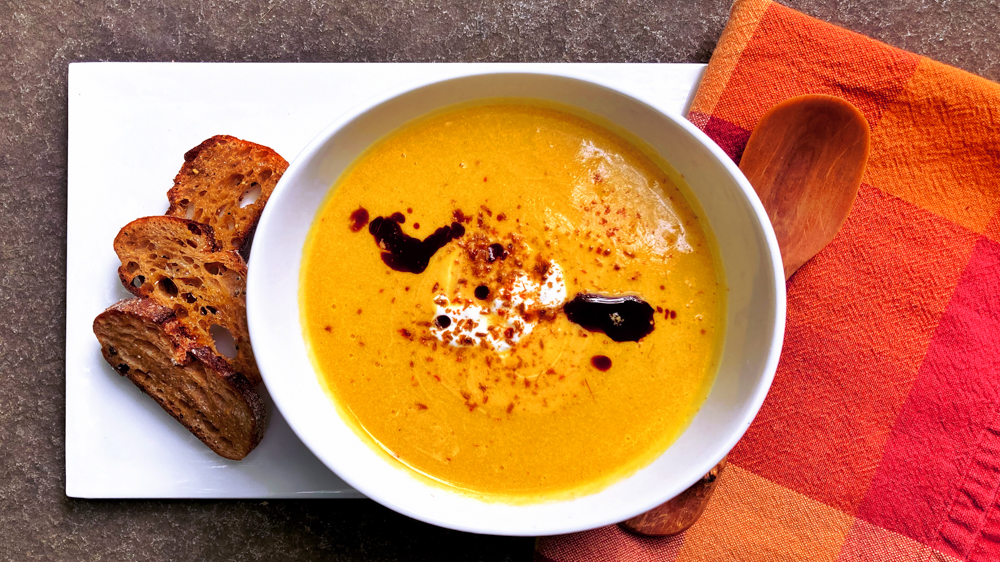 Sometimes it seems that four seasons is just not enough.

If you look at it practically, the four are, on the ground — depending on what ground you’re on — more than a little arbitrary. Longer or shorter days are a given. Warmer or colder temperatures? In the 21st century, that’s up for reassessment.

Just a couple of days past this autumnal equinox, our temporal marker seems poetically indefinite. Summer is slipping away and the chill of winter, while still distant, is in the air.

But while the other seasons have universally accepted appellations, our current “situation” is a bit sketchier. We call it autumn or fall, but the original English designation — harvest — is most fitting.

You can’t argue with summer’s bounty: I’ve had a perfect tomato sandwich every day for lunch for at least a month now, and in my micro-community, peaches became — well, almost — a problem. I have made over a gallon of peach ketchup, been gifted jars and experimental formulas of peach chutney, and experimented with salsa fresca made from the fruit. (Anyone for Peach-o de Gallo? We have you covered.)

And while summer’s abundant pleasures are blissfully transient, they are also woefully fragile: They sometimes seem to decompose while you watch, and without the wherewithal or space to “put things up,” as they say, they are too soon gone.

So let us now praise the true harvest of harvest, the workhorses of a larder that will feed us through spring. The humble butternut squash is my candidate for culinary MVP for the harsher months.

Botanically a fruit, but culinarily used as a vegetable, it may be roasted, grilled, sauteed, toasted, pureed and mashed as a stand-alone course or used as an ingredient in stews, soups, ragus, casseroles, stuffings, breads, muffins and desserts.

Not as watery as its summer cousins, substantial and assertive on its own, the butternut is considered an early winter squash and has similar characteristics to later pumpkins, hubbard and acorn squash (meaty orange flesh loaded with dietary fiber, alpha- and beta-carotenes and minerals), but is considered superior in flavor to most and is easily substituted for its relatives in most recipes.

Most important, it stores well — up to three months; some varieties as long as six, unrefrigerated even — and is cultivated widely, keeping it available.

Seasoned with cumin and Aleppo pepper, this recipe celebrates the dried and assertive spices favored by the cooler months. Sauteed onions and garlic are savory notes and brown sugar accentuates the sweetness of the squash. Pureed with a little dairy (of your desired richness and brightened with a splash of lime juice), it’s comfort food of the first order, asking nothing but a crust of good bread and perhaps a simple salad.

Regarding the dairy, I used Hudson Valley grass-fed Greek yogurt from Maple Hill Farms for the bisque pictured. It’s creamy in a way reminiscent of creme fraîche and added tartness. Coconut milk or cream is an acceptable non-dairy alternative.

Garnishes are optional; pictured here are toasted and cracked cumin seeds, Aleppo pepper and a sizzle of roasted pumpkinseed oil. Thin batons of fried bacon wouldn’t be out of place.

And if your bisque slavishly requires seafood, grilled shrimp (and seafood stock replacing the chicken or vegetable broth) are a suggestion.

1. In a large saucepan, heat butter over medium. Add onion, garlic and spices. Cook, stirring occasionally, until onion has softened, 5 to 7 minutes.

2. Add squash, sugar and broth. Bring to a boil and immediately reduce to a simmer. Cook until squash is tender, about 20 minutes; adjust seasoning.

3. In a blender, puree in batches, adding the dairy (or substitute) to incorporate until smooth. Return to saucepan and rewarm briefly. Stir in lime juice and serve hot with a dollop of sour cream or yogurt and a dusting of cracked toasted cumin seeds. Drizzle with a little roasted walnut (or hazelnut or pumpkin seed) oil if on hand.

Note: Double the recipe and freeze cooled pureed bisque for up to three months.