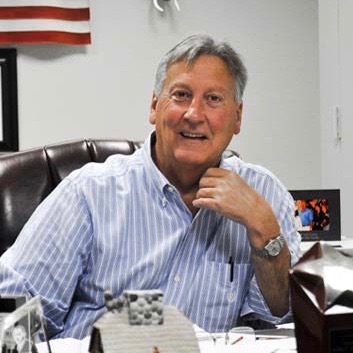 Adrian “Butch” Anderson, who led the Dutchess County Sheriff’s Department for more than 20 years and was an officer with the agency for more than 50, died at his home in Pawling on Wednesday (Sept. 29).

Anderson, 73, who grew up in Pawling, began his career with the department in 1970 as a deputy. He was promoted to detective in 1974 and appointed undersheriff in 1993. In 1983, he also was elected mayor of Pawling, a position he held for eight years.

He was first elected sheriff in 1999 and was serving his sixth, 4-year term, most recently winning re-election in 2019 while running unopposed.

Anderson was honored on Dec. 1, 2020, the 50th anniversary of his employment with the Sheriff’s Department, with a plaque at the Dutchess County Law Enforcement Center in Poughkeepsie. 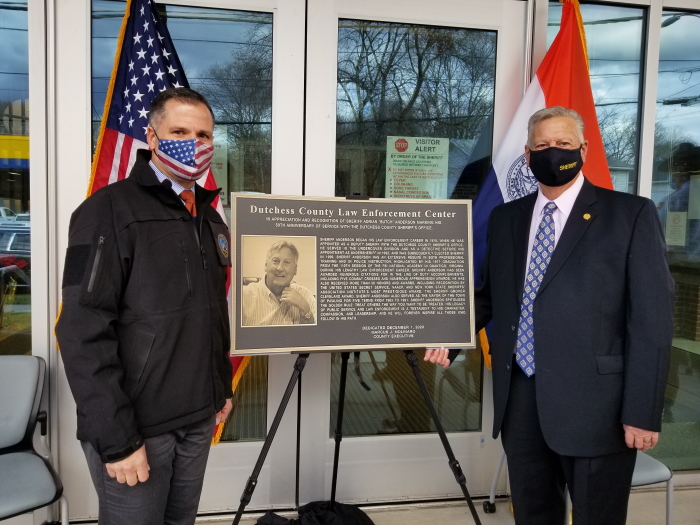 Anderson (right) was honored in 2020 by County Executive Marc Molinaro for his 50 years of service with the Sheriff’s Department.

In 2018, the Grand Healthcare System opened the Butch Anderson Cardiopulmonary Center in Poughkeepsie to offer treatment to people who have experienced a heart attack, bypass surgery, cardiac or lung surgery. At age 38, Anderson had open heart surgery, then an experimental procedure, and he credited rehabilitation for his recovery. 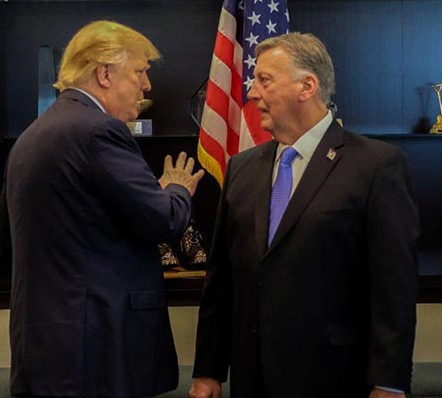 State Sen. Sue Serino, whose district includes the Highlands, called Anderson “a true hero… Sheriff Butch Anderson was not only a dear personal friend, but someone who felt like a father, a brother, and confidant to everyone who crossed his path. He truly was a steadfast and selfless leader who treated our whole community like family.”

Dutchess County Executive Marc Molinaro said of Anderson: “He was my friend, a mentor and I loved him like an uncle. Butch Anderson was truly ‘second to none’ and we will honor him by following his example and his only ask of all of us: ‘Treat others the way you want to be treated.’ ”

Anderson, a Republican, was a friend of former President Donald Trump and the Trump family, and served as an honorary co-chair of the campaign in 2016 and 2020 and was appointed to the transition team in 2016.