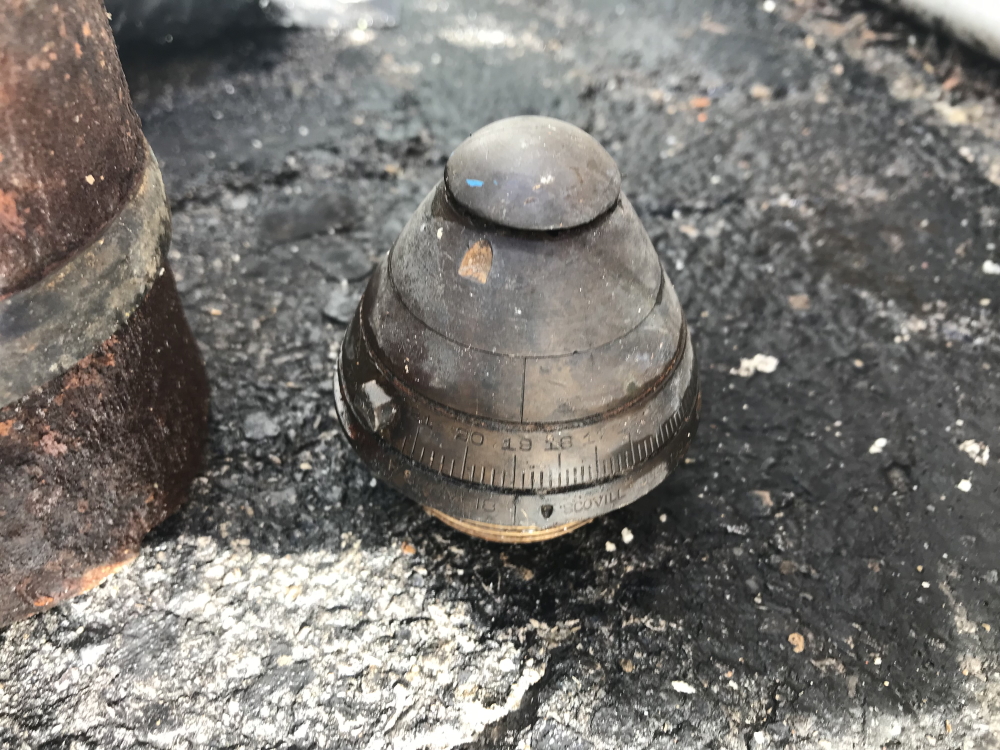 The tip of the shell contains explosives that ignite the shell. (Photo provided)

Drama was the last thing Charlie Brooks and her husband Ian Saladyga expected when they cleaned out the dirt space under their Parsonage Street home in Cold Spring to lay a concrete floor.

Contractors removed 2 to 3 feet of ash from the former coal bin and piled it in the driveway. A couple of weeks later, tired of the mess, Brooks asked the workers to remove the pile.

On Sept. 16, she came home to find the workers and her husband examining an object from the pile. 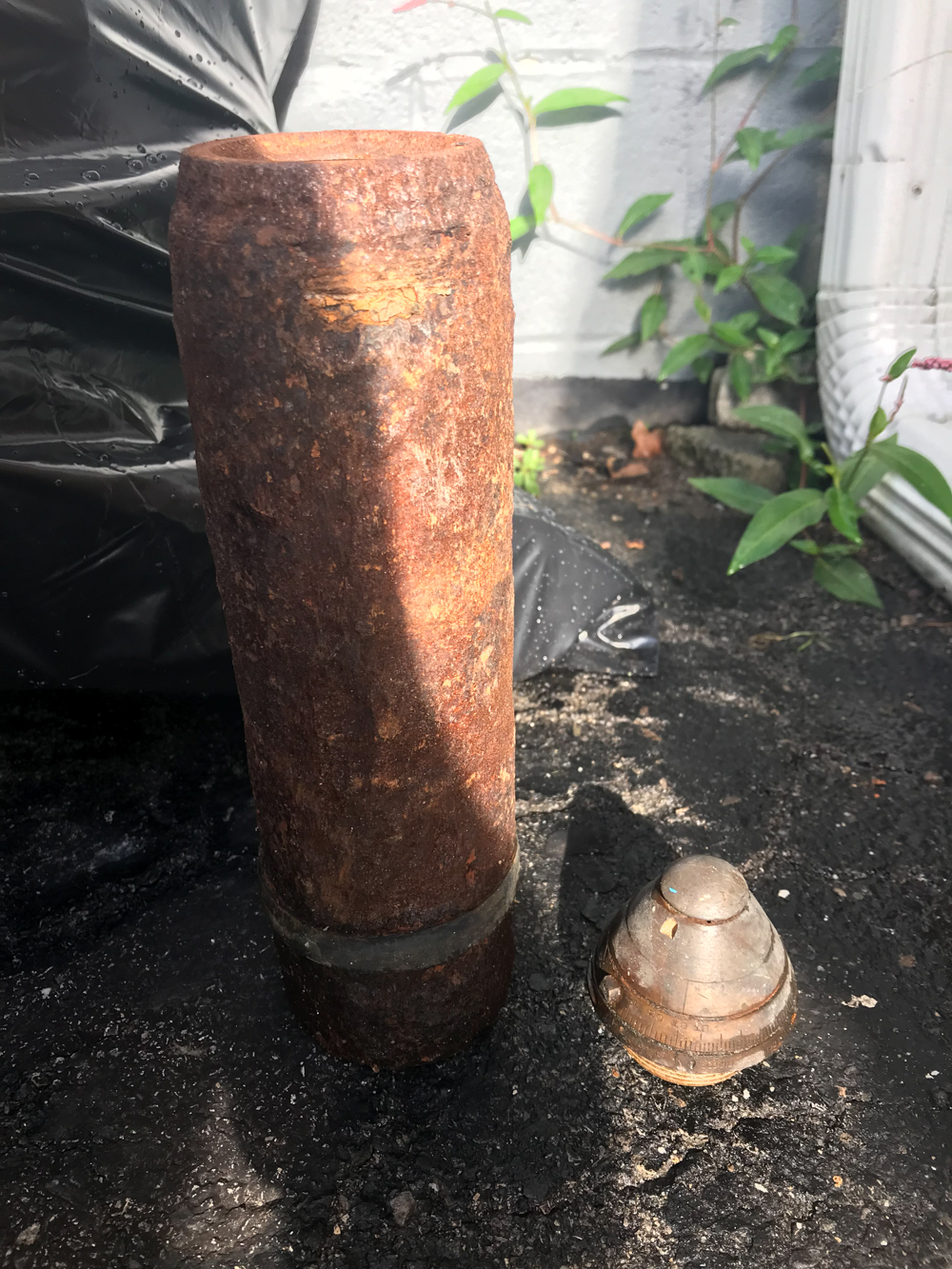 The tip of the anti-aircraft shell and the round (left).

“Ian thought it might be a time capsule,” she recalled. But to Brooks, it looked more like a “giant bullet.”

She hollered: “Put it down! It might be a mortar shell!”

Brooks, who grew up in England, and whose father served in the Royal Air Force, said finding live shells from World War II is still fairly common there.

The response was immediate: “Get away from it.”

When the bomb squad arrived, it confirmed the shell contained explosives and identified it as a World War II-era anti-aircraft shell. The house was evacuated and searched by bomb-sniffing dogs, but no other shells were found. The squad removed the shell and disposed of it.

“All’s well that ends well,” Brooks said. “We’re all still in one piece.”

She offered some advice: “If you find something that looks like a giant bullet, don’t twist the cap. That’s the timing device!” 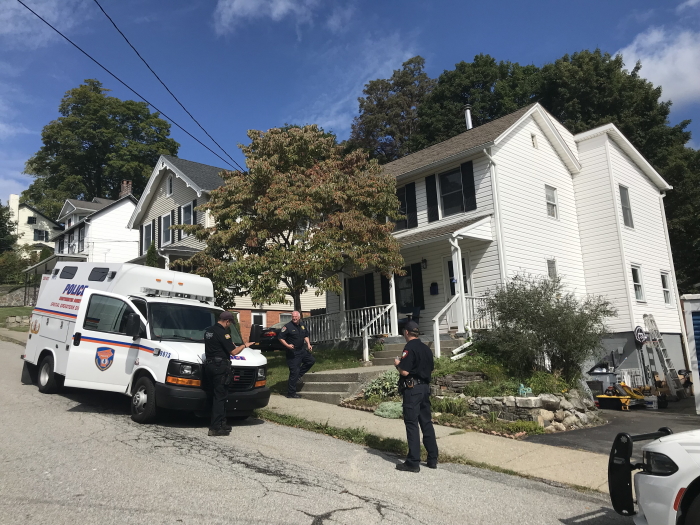 The Westchester County bomb squad was called to the home. (Photo provided)