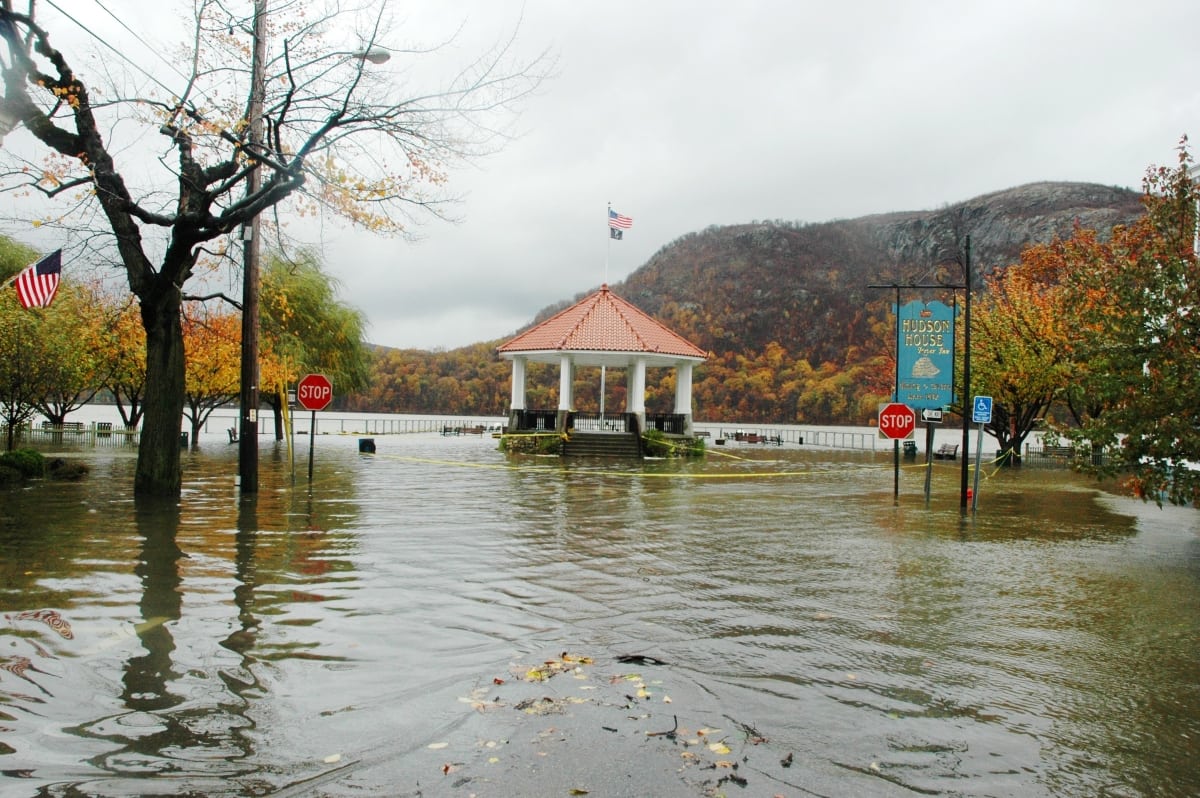 The lower part of Main Street in Cold Spring was flooded in 2012 during Superstorm Sandy (Photo by L.S. Armstrong)

Most property owners in the Highlands who have subsidized coverage under the National Flood Insurance Program will see premium hikes under a new ratings system designed to shift costs from taxpayers to the owners of the properties most threatened by storm flooding that has been exacerbated by climate change.

Nationwide, the program insures 5 million commercial and residential properties. There are 50 policyholders in flood zones in Beacon and parts of Fishkill; 49 in Cold Spring and parts of Philipstown; and 46 in Garrison. Most are single-family homes. Beginning today (Oct. 1), premiums for most properties will rise, according to data from the Federal Emergency Management Agency.

At the same time, about 18 percent of property owners will see their payments drop, including nine in Cold Spring and eight in Garrison that will see premiums fall by more than $100 annually, according to FEMA data.

Because federal law caps increases in National Flood Insurance Program (NFIP) premiums at 18 percent annually, the increases for some property owners will be phased in over years. The rates also will apply to new policies.

FEMA says the changes in the program, which was created in 1968 to insure commercial and residential structures and their contents in areas at high risk of flooding during major storms, shift more of the costs for higher-value properties. The new system uses more criteria to establish the rate for each property, such as the frequency of flooding and the cost to rebuild.

STORM FLOODING — Scenic Hudson has created a stand in Madam Brett Park overlooking Fishkill Marsh where visitors can document rising water levels with cell phone photos. The image at left was taken July 27; the image at right was taken Sept. 2, the day after Tropical Depression Ida caused flooding in the Highlands. (Photos by Brian PJ Cronin) 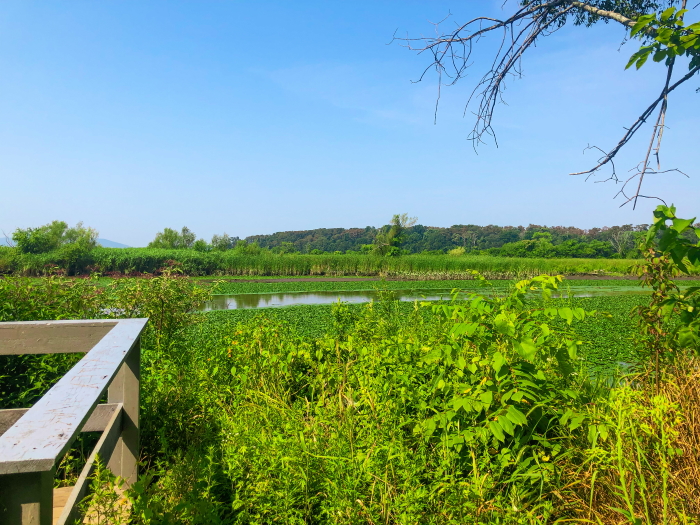 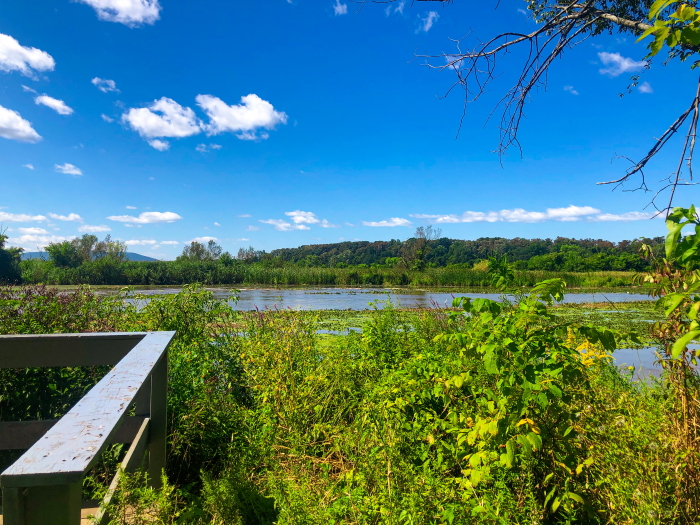 Nationwide, the annual costs for two-thirds of the 5 million policyholders, which include renters, will remain the same or increase up to $10 per month, while for 23 percent, the bills will fall by an average of $86 annually, according to FEMA.

The new system is “the right thing to do,” said David Maurstad, NFIP’s senior executive, in a statement on Sept. 24. “It mitigates risk, delivers equitable rates and advances the agency’s goal to reduce suffering after flooding disasters.”

Under federal guidelines, any area with a 1 percent or greater chance of flooding in a year is considered high-risk.

In the Highlands, properties near the Hudson River, Fishkill Creek in Beacon and the Foundry and Indian brooks and Clove Creek in Philipstown are designated as high-risk flood hazards. That risk has risen, officials say, as climate change creates more intense storms and heavier rains that swell creeks and streams.

In 2012, rain from Superstorm Sandy generated surges that flooded riverside properties in Cold Spring and Garrison and, last month, rainfall from Tropical Depression Ida caused flooding along Foundry Brook and other waterways in Philipstown and at spots along Fishkill Creek.

The effect of the rate increases will be most acutely felt in coastal areas. In one case cited by The New York Times, the premium for one resident of Tampa, Florida, could rise in time from $480 to $7,147 annually.

Chuck Schumer and Kirsten Gillibrand of New York were among the nine U.S. senators who wrote to FEMA’s administrator on Sept. 22 asking her to delay the increases, saying they were troubled by an agency estimate that “900,000 policyholders will drop out of the program over the next 10 years due to unaffordable premiums.”