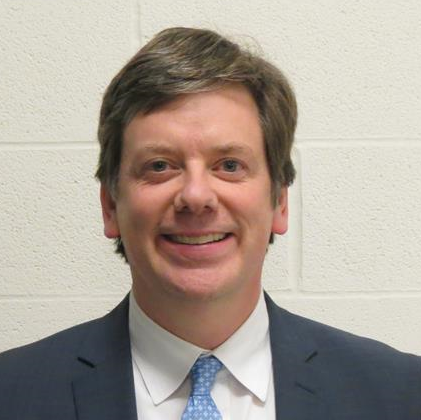 Matt Landahl, the superintendent of the Beacon school district, spoke with Jeff Simms on Wednesday (Sept. 29) for a Current Conversation. His responses have been condensed.

One of Gov. Kathy Hochul’s priorities was the safe reopening of schools five days a week. You’ve been back about three weeks — how’s everything going?

There’s been a lot of adjusting. A teacher noted on Twitter that last week was the first five-day week that kids and staff have had together since March 2020. The kids have been great wearing masks and the weather’s been super-agreeable. We’re using a lot of outdoor space at all levels.

Last year things were changing almost weekly in terms of guidance from the state. That has slowed down, but the big thing on the horizon is vaccines for elementary-age students.

For the most part, I’m not the one who makes the decision on vaccinations and certainly a mandate for young children would come from someone other than me. It looks like the FDA [Food and Drug Administration] will soon give emergency authorization to Pfizer’s vaccine for ages 5 to 11. That’s going to reduce spread in the community but also will decrease anxiety for folks who want to make use of the vaccine. They’ll feel safer. I wish it could have been available in August. But I’ve learned from past experience that it won’t be the endpoint. A year ago, I thought the endpoint was going to be much clearer.

Do you think “learning loss” will impact students long term?

We have an assessment plan that will give us good baseline data, and I’m pretty certain the data will show that it will impact kids who were in pre-K or kindergarten during the last two years, and the same with students who transitioned into middle school or high school. My son’s teacher told me that she felt the kids were where they needed to be as fourth graders except they are lagging in spelling. I think teachers are going to find those things. Using [federal] American Rescue Plan money, we’re designing support services that will be in place for many students. The teacher who put something on Twitter — she also tweeted a chart of the last grade at which current students had a full, “normal” school year. I thought of my son, whose last normal year was first grade. There’s a bunch of young kids who haven’t ever had a full school year. That being said, kids are enormously resilient. I’ve seen a lot of excitement with them being back and embracing old routines.

The district is working on a social/emotional study as well, correct?

We did an inventory with Dutchess BOCES at the end of the last school year and we’re contemplating adding temporary positions focused on social/emotional support. We’re also trying to make connections with mental health counselors in the community. There’s been a lot of excitement with kids being back, but there’s been a lot of trauma over the last couple of years that everyone has experienced in one way or another. In many ways, that’s been something I’ve been even more concerned about.

A reader asks: When vaccinated teachers and students are exposed at school, they are not informed or quarantined. As a result, they may unknowingly bring the virus home and expose unvaccinated or immune-compromised family members. Could we improve on this by testing everyone who is exposed?

That’s a great question. All of the language from the state around testing is that it does require parental permission and the only people we can compel to be tested are unvaccinated staff. That being said, we are excited to start having on-site testing throughout the district two to three days a week, probably starting within a week to 10 days. We have to focus on staff who need it but will also open it to students. Working in person for nearly the entire pandemic, I’ve been tested a number of times and it does provide peace of mind.

Curveball: What are you excited about this year that doesn’t have to do with the pandemic?

We have a capital project vote on Oct. 26 that will be big for us. It’s $26 million yet tax-neutral. It takes care of a lot of critical building needs but also recreates learning spaces in each of the schools. Having back not only sports but performances and clubs has been nice to see. There’s still a continual challenge with COVID, but it also feels like we’re more ready to move initiatives forward, so we have a lot of energy and focus on curriculum improvements this year and beyond. I’ve stopped using the phrase “back to normal,” but it is exciting to be back together.