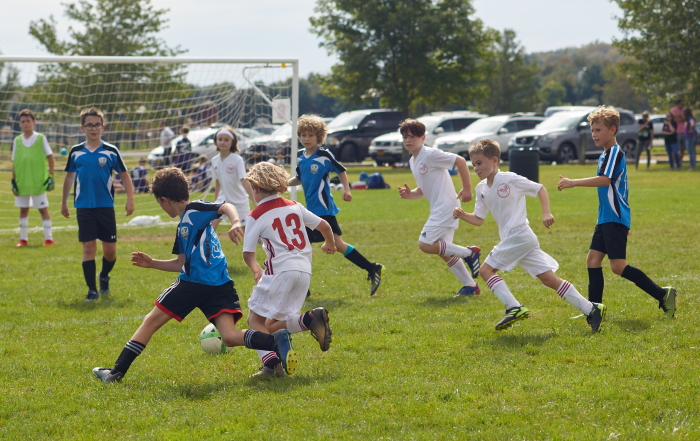 SOCCER ACTION —  The Philipstown Fusion Boys U11 soccer team (in blue) played a tough game at LaGrange on Sunday (Oct. 3), ending with a 3-3 tie. (Photo by Pamela Cook) 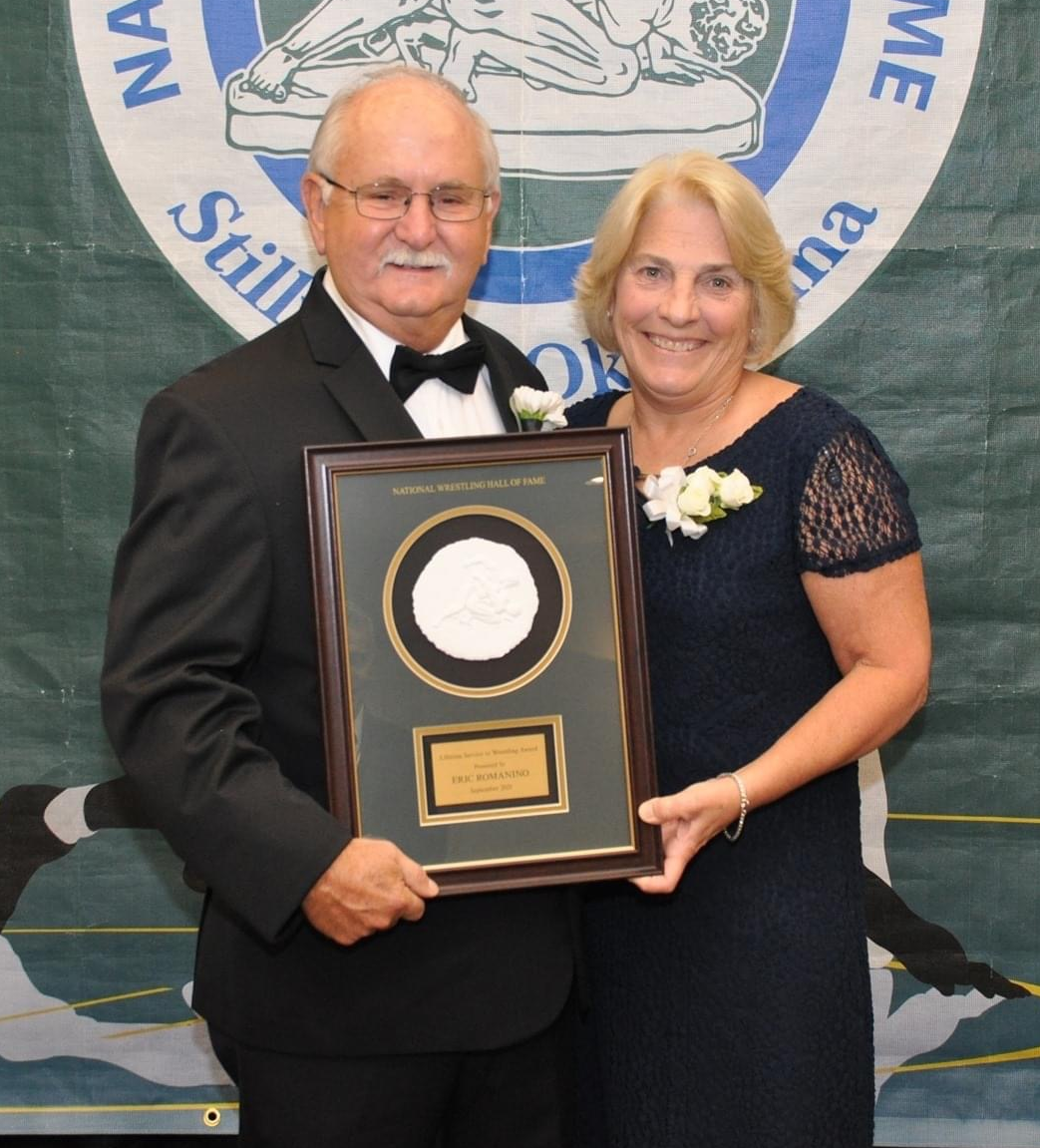 WRESTLING HONOR — Eric Romanino, the former Beacon High School athletic director (and recent interim director at Haldane), was inducted last month into the National Wrestling Hall of Fame. Romanino is a 1974 graduate of Carmel High School who wrestled for the University of Tampa. He also coached the Beacon High School varsity for 13 years. He is shown with his wife, Maryanne. (Photo provided) 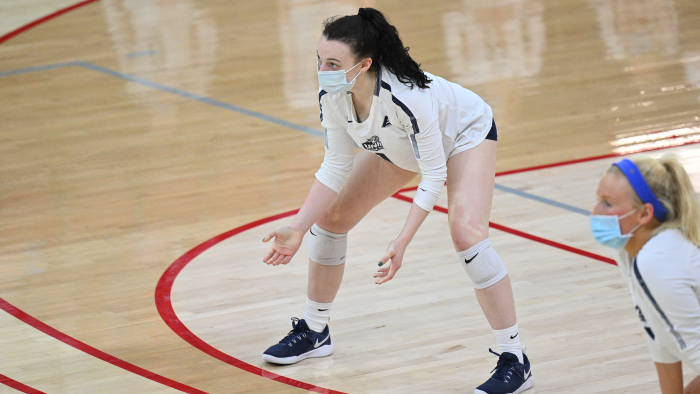 VOLLEYBALL UPDATE — Grace Tomann, a 2020 Haldane High School graduate, is a sophomore libero and defensive specialist for the University of New Hampshire. She made her collegiate debut in February with 16 digs against the New Jersey Institute of Technology and had two kills against Holy Cross in a match last month. (UNH Athletics)