Say they may revise lawsuit against Putnam County

The stakes were already high when George Taranto and his wife filed a $50 million lawsuit in federal court alleging that he was permanently injured in 2019 during an encounter with Putnam County sheriff’s deputies.

The lawsuit named as defendants the county, Sheriff Robert Langley Jr., three deputies, a sergeant and an investigator. 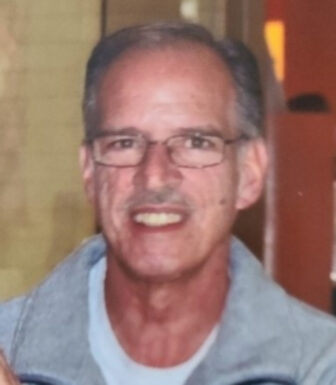 Now, with Taranto’s death on Aug. 25 at his daughter’s home in Connecticut, the stakes have grown. On Aug. 27, Taranto’s family told NBC News that they believe a brain injury he suffered during his interaction with police led to his death and that they plan to add wrongful death to their claims of excessive force and false arrest.

They also called for the deputies to be investigated for manslaughter under a state law that says people can be charged if they “recklessly” cause a death.

The family’s attorney, Thomas Gambino, said on Sept. 27 that the Connecticut Medical Examiner’s Office has completed an autopsy and the family expects in a few weeks to have a determination on the cause of death.

An internal investigation by the Sheriff’s Department concluded that its officers used acceptable force, and the county has asked a judge to dismiss the case.

“I keep coming back to — didn’t have to happen,” said Taranto’s widow, Karen, in an interview with NBC New York. “They could have done police work, but they were like cowboys.”

One fact is not in dispute: that Taranto, then 75, was carrying a licensed and loaded Colt Mustang .380 pistol when he encountered the deputies around 2 a.m. on July 8, 2019, as they investigated a report of a stolen car in Southeast.

In the lawsuit, the Taranto family said he had come outside after hearing noises and seeing flashlights, and that his gun was pointed at the ground. The family said Taranto complied when deputies, with their weapons drawn, began screaming at him to drop the gun, raise his hands and walk toward them.

As Taranto approached the officers, Deputy Vincent Dalo “violently threw him to the ground, banging his head on the ground and smashing his face upon the pavement,” according to the lawsuit. At the time of the incident, Taranto was recovering from open-heart surgery and suffering from early dementia, according to court documents.

The family said Taranto was hospitalized at Putnam Hospital Center in Carmel, where he suffered cardiac arrest and respiratory failure, as well as a pulmonary endema, before being moved to Danbury Hospital in Connecticut.

At the hospital, deputies issued him tickets for second-degree menacing, fourth-degree criminal possession of a weapon, resisting arrest and second-degree obstructing governmental administration, all misdemeanors.

Taranto was released but hospitalized again on Sept. 1, according to the lawsuit. A scan revealed bleeding in his brain.

“It spiraled into something that, based on everything we’ve been given, doesn’t justify him winding up on life support and ultimately having to have his skull opened to relieve pressure,” his son, Chris, told NBC New York.

The Sheriff’s Department’s arrest report says the deputies were at a neighboring residence when Taranto walked up to Investigator Daniel Hunsberger, who yelled, “He’s got a gun!”

The deputies said Taranto initially failed to comply with their order to put his gun down, but that he had done so when Dalo “was able to sneak up behind Mr. Taranto and bring him to the ground.” The report says that Dalo and the other officers struggled to handcuff Taranto because he refused to put his hands behind his back.

An internal investigation concluded that the officers “acted within the scope of their duties” and had not violated any state laws or agency regulations. The last line of the three-page report, which was completed on July 9, 2020, reads: “No action needed. Acceptable force used on combative subject who was armed with a firearm which was still within reach.”

In a motion filed Aug. 20 to dismiss the lawsuit, Putnam County said the deputies had probable cause to arrest Taranto and are covered by qualified immunity, which gives government officials broad protection from civil lawsuits.

The county also argues that Langley should not be named as a defendant because he was not at the scene and that the family has failed to show why the sheriff should be held liable as a supervisor.