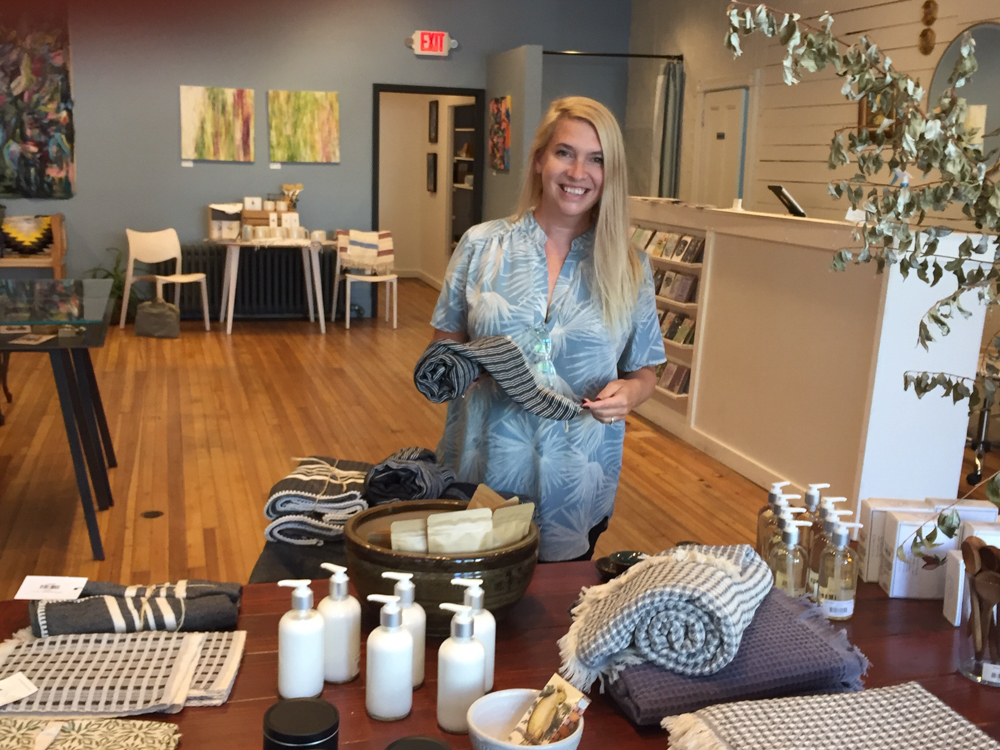 Erin Murphy owns Reservoir, which moved this year from Beacon to Cold Spring. (Photo by A. Rooney)

Owner of Beacon store needed a ‘refresh’ after shutdown

After making it through a rough year navigating a Beacon store during a pandemic shutdown, Erin Murphy was ready for a break.

Despite being, as she says, “an insane multitasker” — juggling a business, a newborn and a child attending school remotely — she had a decision to make in April when the lease for Reservoir, the apparel and homewares boutique she had operated for nearly eight years on Main Street, came up for renewal.

She decided to move.

“I wanted a refresh,” she says. “We did well during the shutdown by hustling, so I wasn’t overly stressed economically. But I wanted to take a step back and focus on family.”

She took a few months off while searching for a space that worked. She toured a few in Beacon but nothing said, “This is it.” A friend noted that Burkelman, a homewares store, had moved out of its space on Main Street in Cold Spring.

When she saw the space, she was smitten. She signed a lease and opened in late July. “It’s beautiful here — just walking down Main Street is so lovely and I love how tight-knit the Main Street businesses are,” she says. “It felt good and is working out well. People shop their community here.

“It was a little scary, too, because I love Beacon and the community,” she says. “I was nervous that my Beacon customers might feel slightly abandoned, but it’s been a beautiful transition.”

A native of Grand Rapids, Michigan, Murphy attended Michigan State, where she earned a degree in apparel and textile design. She made her way to New York City to work as a patternmaker at Proenza Schouler and Vera Wang Bridal and as a freelancer for other luxury brands, before starting her own label. She and her husband initially split their time between the Hudson Valley and the city until she opened Reservoir in Beacon. 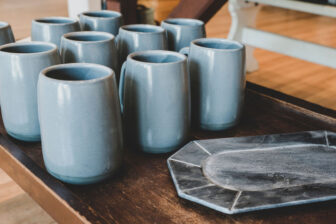 Named for the Ashokan Reservoir in Ulster County, a favorite spot for the couple, the shop focuses on goods that are “sustainable, organic, eco-focused and made in America by artists with a similar mission to myself,” Murphy says. The stock includes her own designs, under a house label.

To find products, Murphy relies largely on research, referrals and word-of-mouth rather than trade shows. “I think of what I would want: Can I see it in my home?,” she says. “Would I wear it? Would I want my daughters to wear it? It’s not, ‘I need the perfect towel’ but ‘What makes the perfect towel?’ ”

Coffee mugs are a bestseller. “I’ve always been obsessed with my morning coffee and need the perfect mug, something which balances form, function and aesthetics, holds 16 ounces, has a good grip and keeps the liquid heat,” she explains. “It has to check all those boxes. Customers get a story, and they’re taking it home with them, including the maker behind the product.”

The Cold Spring space also lent itself to something else Murphy had wanted to do: create a casual art gallery. (The current exhibit features works by Monica Shulman.) “The gallery aspect was a nice bonus,” she says. “It was another thing that said to me, ‘I can see myself here long-term.’ ”