Jim was born on April 25, 1945, in Beacon to Thompson and Ruth (Backus) Layton. He graduated in 1964 from Beacon High School, where he performed as the school mascot. After serving in the U.S. Army, where he earned the rank of sergeant and was stationed in Europe, he began working in the construction field and owned his own business for more than 40 years.

In August 1968 he married Linda Carielli.

Jim had a passion for restoring British motorcycles and vintage cars, woodworking and taking his wife of 53 years out dancing. He also enjoyed bowling, horseshoes and spending time with his loved ones.

In recent years, it brought him much happiness to be with his grandchildren, Declan and Margot, his family said. Whether it was building dinosaurs, teaching Declan how to use tools or simply making them smile, spending time with them turned him into a kid again. He also was close to his nieces and nephews.

Jim was constantly making a joke or kidding around, his family said. He loved to make people laugh, often befriending people wherever he went. He always had a kind word, whether for an old friend or someone he was meeting for the first time.

Along with his wife, he is survived by his children, Melissa Layton of New Jersey; Jayme-Lyn Layton of New York City (Terence O’Malley) and their children, Declan O’Malley and Margot O’Malley; and Gary Fileman of Florida (Arianna) and their daughters, Mackenzie Fileman and Madison Fileman; and his siblings, Marie Miller (Sam) and Tom Layton (Stephanie).

A Mass of Christian Burial was held on Oct. 15 at St. Mary Mother of the Church in Fishkill, followed by interment at Fishkill Rural Cemetery. Memorial donations may be made to the Corey Valle Fund, c/o Theresa Teeling, 21 Merrywood Road, Wappinger Falls, NY 12590; or to Castle Point VA Medical Center, 41 Castle Point Road, Wappinger Falls, NY 12590. 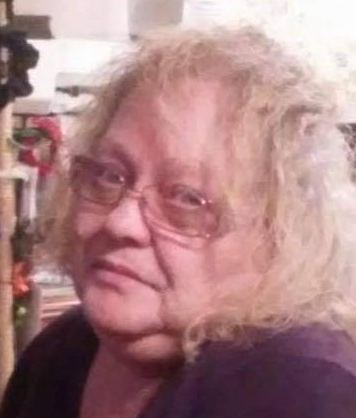 Born in Port Chester on Feb. 4, 1953, she was the daughter of William and Mary (Bromley) Doran. She enjoyed playing games and puzzles online.

She is survived by her children: Heather Bernier of Hopewell Junction; Michael Santiago (Tonya) of Warwick and Jose Caraballo of New Jersey; her grandchildren: William, Austin, Zachary, Christopher, Michael Jr. and Bryce; and her siblings: MaryEllen Guinan (Thomas) of The Villages, Florida, William Doran of Bethel, Connecticut, and Roberta DeGray (Clyde) of Seymour, Connecticut. She also is survived by a longtime friend, Christina Dumont of Beacon.

A Mass of Christian Burial was offered on Oct. 15 at St. Michael the Archangel Church in Greenwich, Connecticut, followed by interment followed at St. Mary Cemetery in Greenwich. Memorial donations may be made to the Dutchess County Society for the Prevention of Cruelty to Animals (dcspca.org). 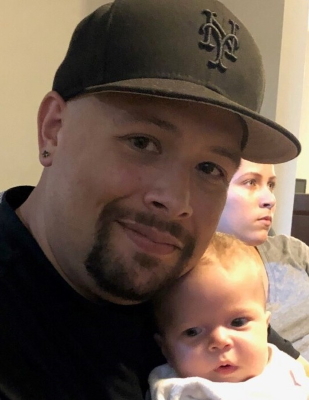 He was born in Poughkeepsie on Aug. 27, 1985, the son of Angel Velazquez and Denise (Johnson) Velazquez. He graduated from Wallkill High School in 2004.

Tito worked as a power control operator at Roseton Generating in Newburgh. He was a fan of the Mets, the Miami Dolphins and pro wrestling and enjoyed weightlifting. On May 5, 2012, he married Liliam Gonzalez.

Along with his wife, he is survived by his children: Samson Velazquez, Joshua Velazquez and Olivia Velazquez; his mother, Denise Velazquez; his father, Angel Velazquez Sr. (Elizabeth); his mother-in-law, Evangelina Elvir; his siblings, Aaron Velazquez (Darrene Zanolini) and Sienna J. Rahman (Adilur); a niece, Eliana Velazquez; and his maternal grandparents, Harold and Elodie Johnson.

A service was offered on Oct. 13 at the Libby Funeral Home in Beacon.

John Walter Wojcik, 63, a resident of the Hamilton-Fish Plaza Apartments in Beacon, died Oct. 6 at the Fishkill Center for Rehabilitation and Nursing.

In his later years, John lived alone. He enjoyed walks along Main Street and meeting people along the way.

A Mass of Christian Burial was held Oct. 15 at St. Joachim-St. John the Evangelist Church in Beacon, followed by interment at St. Joachim Cemetery.