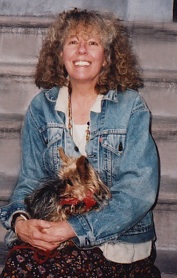 Mary Bloom, 81, of Beacon, a staff photographer for the Westminster Kennel Club best known for her shots over 21 years from its annual dog show, died Sept. 28 in Poughkeepsie of cancer.

Born Aug. 15, 1940, in the Bronx, she was the daughter of August and Elizabeth (Reilly) Kreykenbohm. Her father was a baker and her mother raised Dalmatians and poodles. Bloom later recalled that, as a girl, she loved dog shows and magazines such as Popular Dogs and Dog World. She attended the Westminster Dog Show at Madison Square Garden starting at age 6.

She married Leighton Bloom in 1968, and they divorced about 10 years later.

Before she became a freelance photographer in the mid-1970s, she worked for a computer company, at a university animal testing lab and as a department store salesperson.

According to a profile published in The New Yorker in 2012, when told that people called her a “dog whisperer,” she would reply: “No, no, that’s not it at all. I just understand who they are. I mean, not like past-life experience, but I’m familiar with how they feel.”

From the early 1980s to 2002, Bloom was also the photographer at the Cathedral Church of St. John the Divine in Morningside Heights in Manhattan. In 2013, the cathedral held an exhibition of her dog photos. She wrote in the program that since childhood, dogs had “taught me lessons, comforted me, played games and denied me loneliness, but most of all they loved me.”

Her work as a dog groomer and wildlife rehabilitator at the American Society for the Prevention of Cruelty to Animals inspired two children’s books by Aliki, At Mary Bloom’s (1978) and Overnight at Mary Bloom’s (1987).

Her photos can be seen at her website at marybloom.com.