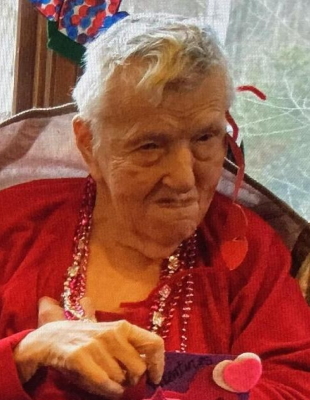 Anna Dupree, 93, a resident of the Howland House group home at Ability Beyond in Beacon, died Oct. 14 surrounded by family members and friends.

She was born in New York City on June 22, 1928, the daughter of Harry and Matilde (Brox) Dupree. Although she was developmentally challenged, her family made sure she was always cared for and surrounded by love.

From early childhood she lived at the Wassaic Developmental Center in Amenia. When the center closed, she moved to a group home in Catskill. Eight years ago, she relocated to the Howland House, where she was the first resident and also the eldest. The staff at Howland considered her family and gave her loving care, her family said.

Anna enjoyed the simplest of things, from spending time outside taking in nature at the foot of Mount Beacon, doing puzzles and drinking her coffee, to listening to the “oldies.” She particularly loved it when people helped her with arts and craft projects.

She is survived by two sisters, Ruth Anne Dupree and Jeanne Geiger. Following a Mass of Christian, she was interred at Gate of Heaven Cemetery in Hawthorne. Memorial donations may be made to Ability Beyond (abilitybeyond.org). 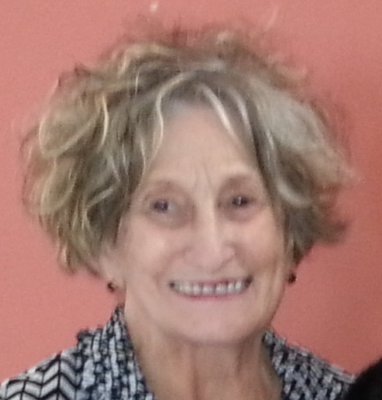 Dolores Pucino Duva died Oct. 19 at her home, surrounded by loved ones.

A lifelong resident of Beacon, she was the daughter of Evelyn Pulcastro and Angelo Pucino. She was a homemaker and retired employee of IBM in East Fishkill.

Dolores was a parishioner of St. Joachim-St. John the Evangelist Church in Beacon; a devout former member of the St. Fidelis Fraternity, Order of Franciscan Seculars; past president of the St. Anthony Society; and a member of the Ladies Auxiliary of the St. Rocco Society.

She is survived by her children, Carl Duva (Susan) and Donna Vitti (Salvatore); her grandchildren, Adam and Kari Vitti; and her great-grandchildren, Danica and Magdalena Vitti. Her son, Craig, and nine siblings died before her.

A Mass of Christian Burial was offered Oct. 21 at St. John the Evangelist Church in Beacon, followed by burial at St. Joachim Cemetery. Memorial donations may be made to Hudson Valley Hospice (hvhospice.org). 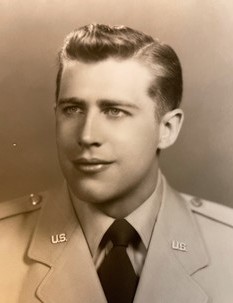 He was born in Albany on Nov. 16, 1929, the son of John and Mary (Harpham) Ludlum. Ken lived the early part of his life in Albany, graduating from the New York State College for Teachers (now SUNY Albany) with a bachelor’s degree in 1951 and a master’s in 1952.

Three months after receiving his master’s, Ken entered the U.S. Air Force with a commission to become a meteorologist. After a year studying meteorology at the Massachusetts Institute of Technology, and four months of basic training, he was made a first lieutenant and stationed overseas at Toul-Rosières Air Base in France. He and Audrey spent three years in France, first in Commercy and then on base.

Upon returning from France, and while in the Air Force Reserve, Ken attended Rensselaer Polytechnic Institute in Troy, receiving his doctorate in physical chemistry in 1961. He was honorably discharged from the Air Force in 1962.

Ken was a resident of Beacon for more than 50 years and worked at the Texaco Research Center for nearly 32 years until his retirement in 1992. As a senior research chemist, he worked extensively on environmental matters to reduce air pollution after passage of the Clean Air Act of 1963. Ken testified before Congress several times, as well as before a number of states and municipalities, and represented Texaco on several committees of the American Petroleum Institute.

While at Texaco, Ken was co-author of several published papers, including “Mass Spectrometric Evidence for Heptaborane,” in the Journal of the American Chemical Society; “Activation Energy for the Three Body Reaction of Helium Triplet Atom with Normal Helium,” in the Journal of Chemical Physics; “Decay of Metastable Helium Molecules and Atoms in an Afterglow,” in the Journal of the Optical Society of America; and his now-unclassified doctoral thesis, “The Oxidation of Tetraborane,” reproduced by the Armed Services Technical Information Agency.

Ken was an avid skier, just like Audrey, and took full advantage of the former Dutchess Ski Area in Beacon. He supported Boy Scout Troop No. 1 while his sons were members. He was an active member of Trinity Episcopal Church in Fishkill, singing in the choir for many years, and also was a member of the Euterpe Glee Club. Indeed, Ken enjoyed singing until the very end of his life.

A graveside service will be held at 10 a.m. on Wednesday (Oct. 27) at Fishkill Rural Cemetery with military honors by an Air Force guard.