He was born March 27, 1945, in the Bronx to John and Helen (Langer) Egan. He grew up in the Bronx and after high school enrolled at the New York Institute of Technology and later enlisted in the U.S. Air Force, where he served in the 69th Tech Unit in Germany.

After being honorably discharged from the Air Force, he worked for AT&T from December 1968 until his retirement in 1999 as a supervisor of access network management process. After retirement, he went to work as a letter carrier for the Garrison post office, Home Depot and the Royal Coach/Bauman Bus Co. in Ossining.

He was a member of American Legion Post 506 in Ossining and enjoyed traveling and fishing.

On April 19, 1997, he married Maryann Perry Antonini in Peekskill. Along with his wife, he is survived by his daughter, Elizabeth Egan; his stepson, Anthony Antonini; his siblings, Jimmy Egan and William Egan; his mother-in-law, Evelyn Perry; his sisters-in-law, Joan Pratt and Rhonda O’Briskie (Ray Cook); and his brother and sister-in-law, Joseph and Terry Perry.

Friends may call on Sunday (Oct. 24) from 1 to 4 p.m. at Clinton Funeral Home in Cold Spring. A service will be held at 3:45 p.m. Memorial donations may be made to the Wounded Warrior Project (woundedwarriorproject.org) or the Memorial Sloan Kettering Cancer Center (mskcc.org). 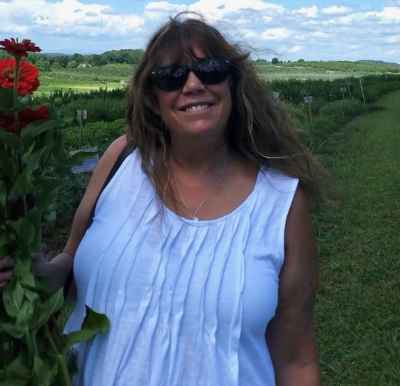 Annie was born in Cold Spring on Sept. 10, 1960, the daughter of Ralph and Elizabeth Ann (Allen) Lyons, and raised on Locust Ridge. She attended Our Lady of Loretto Elementary School and graduated from Haldane High School in 1978. She was employed at The Garden Conservancy as the manager of its Open Days Program catalog distribution.

Annie was a Giants and Rangers fan. She also loved the Rolling Stones and attended many of their concerts. She would take in the smallest of animals and care for them, and volunteered at many animal shelters. She was loved by many children in the community, and they naturally flocked to her, her family said.

Annie mostly enjoyed spending time with her daughter, Megan Lyons-Dain (James Dain), who survives her. They loved to shop together and take trips to the Catskill Game Farm and the Bronx Zoo. A devoted sports mom, Annie enjoyed all of Megan’s sports, especially Haldane, Downstate and Southern Connecticut State volleyball, for which they traveled all over the country with Betty Ann, Ralphie and their many friends, and never missed a game.

A service was held at the Clinton Funeral Home in Cold Spring on Oct. 21. Memorial donations may be made to the Animal Rescue Foundation (arfbeacon.org).