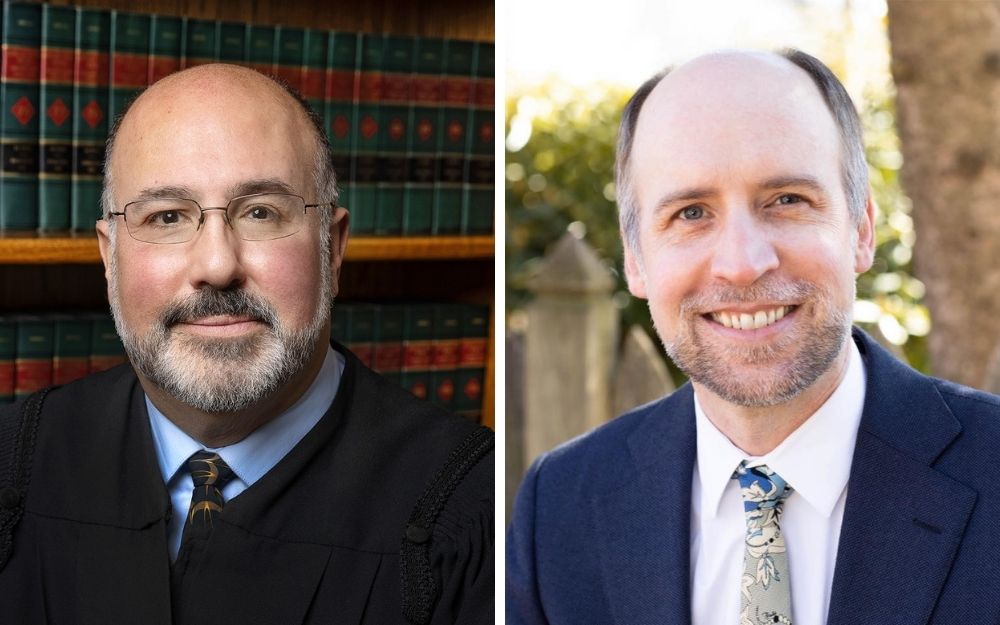 Greg Johnston is the Working Families Party’s endorsed candidate for Beacon City Court judge, but this year, we are asking you to vote for him on the Democratic line.

In 2020, the WFP saw the largest turnout of voters in the party’s history. Unfortunately, this led to a backlash from the Conservative and Republican parties, which endorsed candidates to run against our endorsed candidates in primaries such as the one for Beacon City Court. Why? Because they want to confuse voters on Election Day.

Johnston was endorsed expressly for his alignment with the Working Families Party and we urge those who align with our values to vote for him on Nov. 2.

Oxford is the secretary of the New York Working Families Party.

I was fortunate to be a Dutchess County senior assistant public defender assigned to Beacon City Court. I practiced in all of the criminal courts in the county, but spent about 15 years with City Court as my primary focus.

I have known Judge Timothy Pagones from his time as an assistant district attorney when we were both new lawyers handling cases as opposing counsel. He was then, as he is now: fair, good-natured, open-minded and even-tempered, with a great sense of humor, caring and smart.

We continued working together when he took the bench as Beacon city judge. Dutchess County has a well-evolved criminal justice system with a deep well of talented and committed lawyers, judges, probation officers and court staff. Judge Pagones has managed to cultivate an atmosphere where everyone who comes into court is treated with respect, accorded dignity and made to feel comfortable.

Beacon City Court is a highly functional, efficient and welcoming public space. But it is only a nice public building. The person sitting on the bench and in chambers makes it what it is. Judge Pagones’ experience, character, willingness to listen, be patient and understand the people of the city because he is one of them — that is what makes the court what it is. Any lawyer, litigant or visitor who had a chance to appear before him would appreciate his judicial temperament and the collegial and professional way in which he conducts court. The law is largely the same throughout New York, but a judge makes a court what it is.

I am a lifelong Democrat, but I will vote for any candidate I believe is best suited for the office. I can’t vote in Beacon because I do not live in the city or county. But I hope my opinion will resonate with my fellow registered Dems and you will vote to reelect Judge Pagones on Nov. 2.

We’ve all seen the words: “Paid for by Candidate X.” That line is there because New York State election law §14-106(2) mandates that most political materials, including newspaper ads, contain a disclosure statement indicating who has paid for the ad.

So it’s no small irony that incumbent Beacon City Court Judge Pagones — whose campaign theme is “experience” — ran an ad in the Oct. 15 issue of this paper that did not indicate who paid for it.

Pagones makes much of his experience, but length-of-service is only one measure of a candidate. Beacon deserves a City Court judge who knows the law. When a sitting judge violates the law — whether willfully or out of ignorance — it speaks volumes.

This is not the first time Pagones has taken ethical license. Before the primary, his campaign Facebook page posted paid newspaper ads with language falsely implying that he had received those publications’ endorsements.

When early voting starts, I will be casting my ballot for Johnston, a public defender with 17 years of wide-ranging legal experience. Unlike Pagones, whose experience is largely limited to the one he has presided over for the bulk of his career, Johnston has worked with hundreds of judges in hundreds of courtrooms, including youth court, drug treatment court and veterans court.

I urge voters to join me in supporting Johnston, a candidate who will bring breadth of experience, integrity and a fresh vision to the way justice is handled in Beacon City Court.

Shiroishi is a member of the Beacon Democratic Committee.

This letter is a recommendation to reelect the honorable Judge Timothy Pagones to Beacon City Court. Let me start by breaking my own anonymity. My new life today is a direct result of the compassion and unique outlook Judge Pagones showed me when I appeared before him four years ago. He has the ability to see in all addicts the chance to change if they so desire.

His awarding me that chance to receive treatment for my addiction was the start to my new life as I know it. When I appeared before him, my resume was not something most of us would be proud of. It was long, and covered over 40 years of appearing in front of a court. I had been to jail, prison, many drug treatment centers, mental institutions and had tried Alcoholics Anonymous many times — and relapsed — because I was not done yet. Yet this judge saw in me, as he does for many of us, the ability to change my life into something to be admired, coveted and respected. And for that I will forever be grateful.

On June 7, I celebrated my fourth anniversary in AA. It was Judge Pagones, and all the staff who worked with him, who put me on the path of drug court, where I found the courage to face my addiction and live each day as rewarding as possible.

Now, it wasn’t easy — and still isn’t. And yet, so far, it’s a much better life than what I had when I first appeared before him. And let me add, in the last four years I have not been arrested or had to appear in any court!

The fact that this judge can see the good in us, that he knows we can do it if just given the chance, is unique. I don’t know where we would be if not for judges like him. He needs to be on the bench — and we need to reelect Judge Pagones.

Editor’s note: The Current received three letters from former defendants in Beacon drug treatment court who wrote on behalf of Pagones. The campaign forwarded Hill’s letter; the others were from writers in Rhinebeck and Arkansas who emailed the paper. In an opinion issued in October 2019, the Advisory Committee on Judicial Ethics of the New York State Unified Court System wrote that “a judge’s solicitation of endorsements from treatment court defendants/participants, even after they have graduated from the program, could create seemingly undue pressure and raise questions about his/her impartiality” and that “a judicial candidate who presides in a drug treatment court may not solicit endorsements from treatment court graduates.” See bit.ly/opinion-19-98. The campaign said this week that it had not solicited the letters but that program graduates keep in touch with each other and know that the judge is up for reelection.

I first spoke with Greg Johnston about his vision as Beacon City Court judge in 2018. He had become interested in running after he learned that the incumbent, Judge Timothy Pagones, asks defendants whether they are in this country legally.

An experienced public defender, Johnston doesn’t believe this question should be asked by any judge and typically sees it handled in ways that fostered a better courtroom environment. As a child and sibling of immigrants, I was struck by his concern for those who are less knowledgeable about the law.

More recently, I have been impressed by Johnston’s assertion that “the process shouldn’t be the punishment.” He means that having to appear in court — whether for a traffic ticket or something more serious — shouldn’t automatically be a punitive experience.

Now more than ever it is important for me to have a judge aligned with my values. As a 35-year Beacon resident, this Election Day I will make sure to find Greg Johnston’s name on the ballot and give him my vote.

The Pagones campaign provided this response: “This is not true. Judge Pagones asks if they are U.S. citizens. He does not ask if they are here illegally and he advises them the only reason he is asking is to advise them that if they are not a U.S. citizen, they have the right to speak to an immigration lawyer before any plea or sentence. He further advises them that immigration is not called or in any way involved in their case and that their immigration status is not a factor in any potential bail. He advises them this is done to protect their rights. This lie has been spread by the Beacon Democratic Committee; Judge Pagones explained exactly why he asks this question when he appeared in front of the committee. Should he become the judge, Mr. Johnston will have to inquire as to the immigration status of defendants and advise them of their rights. Judge Pagones brings up this question early on so more time is given should they need an immigration lawyer.”