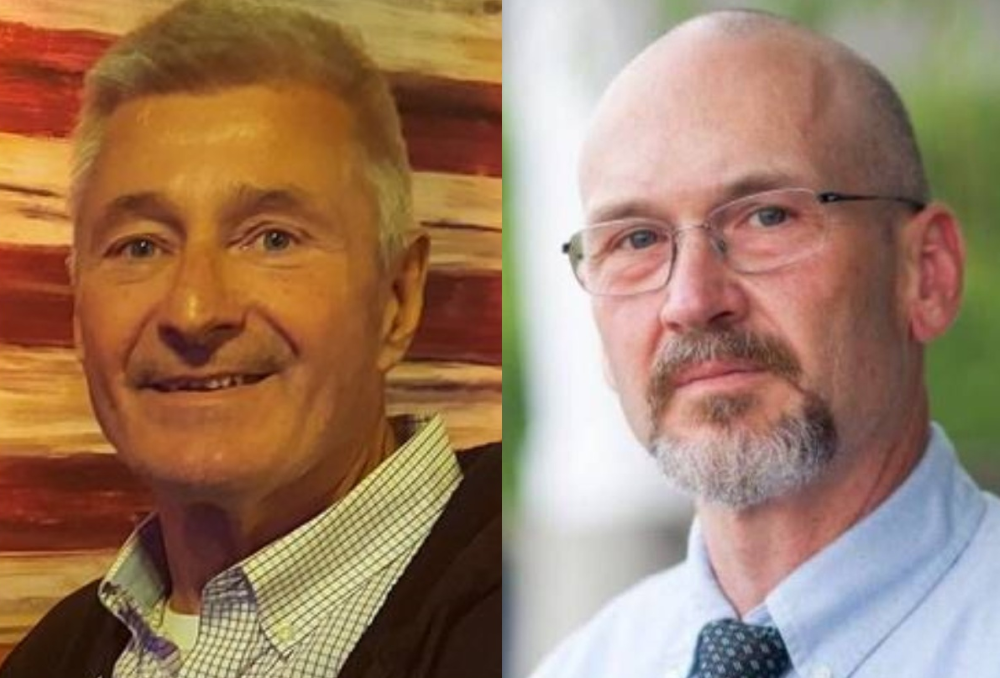 Below is a transcript of an Aug. 30 phone call between Sheriff Robert Langley Jr.  and Town of Carmel Supervisor Kenneth Schmitt, who lost in a Republican primary in June to former Town of Carmel Police Chief Michael Cazzari, and will leave office on Dec. 31. It has been lightly edited for clarity.

Schmitt: Hello.
Langley: Kenny, can you hear me?
Schmitt: Yeah, I hear you.
Langley: It’s Bob Langley.
Schmitt: Hey, Bob, how are you?
Langley: Good. Marianne reached out to me. She said you were looking for me.
Schmitt: Yeah, hold on one second. I just got back to my office. Let me just close the door. Yeah, I reached out to Marianne. I just want to tell you, Bob, you’re going to, you’re going to — I’m very confident you’re going to win re-election. I believe that the voters see, you know, how you’ve been working; that you’ve been doing a great job; and that you have everybody’s best interests at heart. You know, with me it’s what’s inside your heart that matters. Everything else is bullshit. But if you operate from the heart, and you truly care about people, that’s what I care about. So — I know, I know, you do have everybody’s best interests at heart. And I just think, from watching you for the past four years, the way you operate in the things that you’ve done for the county, it’d be a no- brainer, you know. And I think that if the voters didn’t support you, it would be doing an injustice to the county. So I want you to know that.
Langley: I appreciate that.
Schmitt: I feel — I’m not going to be doing anything for the McConville campaign at all; I’m not doing anything at all. There’s reasons why I’m not. But I’m letting you know that I’m out, as far as, you know, helping Kevin do anything at all. I’m just out. So I’m going to, you know, if anything — I’ll support Bob Langley, but I’m not going to support Kevin.
Langley: I appreciate that, Kenny.


Schmitt: So you know …I’ll tell you what, you know, what kind of fit is between you and I? He came to me in February of this year: “Do you think we can meet? Can we meet at George’s?” [I replied]: “Definitely, yeah, let’s have coffee.” So I met him there. And he said to me: “Tell me … I’d like you to be on my campaign committee. I’d like for you to represent the Town of Carmel on my re-election campaign.” [I said]: “You know, that’s — that’s nice. Kevin.” You know, at the time, Bob, I said: “Yeah, I’d be honored to, I’d be honored, not a problem at all.” So he goes on: “That’s great.” He goes: “There’s a few other people that, you know, I haven’t completed my finding out of who — who I think would be the best people to be on my committee. But you’re one that I think that should be on this.” I said: “Great. Keep me posted, let me know what you want to do. And, you know, I’ll help you out.” So I hadn’t heard from him in a while. And I heard, you know, he may have been out with [Schmitt re-election opponent Michael] Cazzari, doing certain things, or meeting with Cazzari, also. And, you know, I went to the Putnam County Firearm [Owners] Association meeting. And I spoke, I spoke there and Cazzari spoke there. You know, I felt that I was going to be getting the endorsement from them. It turns out I didn’t. And Kevin, I think is on their board, their administrative board.
Langley: He is.
Schmitt: So I didn’t get it. So I said, “OK, all right, for whatever reason, politics…” And you know, Bob, how bad politics is. You of all people know.
Langley: [I have] a few knives in my back from it, but…
Schmitt: They not only put them in your back, they twist them. They twist them, you know, and I’ve had that happen to me a bunch of times, and my back is still recovering. Fast forward: So, the primary. Kevin had said: “Well, I’m going to wait till after the primary to do anything; I’m not going to do anything before the primary. I want the town elections to get out of the way. And then, you know, then I’ll start my campaign.” So you know what the outcome of the criminal primary was? I don’t have to tell you?
Langley: Yeah.
Schmitt: I know what happened, Bob. I know exactly what happened. The people didn’t come out. The voters stayed home. The people that I’d spoken to said: “Well, Kenny, we thought you were going to win. We didn’t think there was an issue with you not winning.” I said: “Well, now you see what happened. You know, people stay home and 1,500 registered Republicans in Carmel decided who the next supervisor was going to be [because Cazzari is running unopposed]. And that’s what it was.

Langley: I do. I do. I’m actually … with him.
Schmitt: He was here. He asked me if I could take a photograph with him. I told him I would. He said to put a suit and tie on. I did. We took a nice picture out by the Town of Carmel Town Hall sign. So he was here earlier today. You know, he’s going to put that on social media and I’m sure I’m going to catch some shit from that. But, oh well. You know what, Bob? What are they going to do to me now? You know?
Langley: Exactly.
Schmitt: What are they going to do to me? Tell me, “We’re not going to endorse you again?”
Langley: Yeah, they’re not holding that over your head.
Schmitt: Yeah. And by the way, I’m not so sure my own chairman was fully behind me for my reelection. I’m being totally honest with you. I’m not sure if he was.
Langley: Kenny, you’ve been in the game long enough. And you know how they are. If for some reason they don’t like you, you’re done.
Schmitt: Yeah.
Langley: [Former Republican county Legislator] Dini LoBue: They didn’t like her. She was done. You know, they will just cut you out.
Schmitt: That’s what — that’s what they do. That’s exactly what they do. They cut you out. And, you know, listen: I know the numbers, the numbers I that I got there in the primary. They did not bear out the support that I have out there, and the amount of people that I reached out to that said that they were voting on primary day. The numbers: I actually thought, Bob, the numbers were reversed. I thought somehow, the numbers were reversed, like Cazzari wound up with my numbers and I wound up with his numbers. I said to Tony: “Do a favor. Check the machines. Can you check the counts on the machines again?” He goes: “Why?” I go: “Tony, because something’s not adding up here. These numbers aren’t adding up. So you know, check them.” So yeah, Kelly checked them again. And they were correct. But the numbers just didn’t bear out the way they should have. And how did Suzie [Suzanne McDonough, a trustee candidate] wind up with 750 votes? And I wind up with 540? Something doesn’t seem right. It just doesn’t. Suzanne and I were running together as the endorsed candidates. So sometimes things don’t add up, Bob. But keep getting out there; keep getting around. If I become aware of any events in Carmel and Mahopac that I think you should be at, can I text you?
Langley: Yeah, absolutely.
Schmitt: I’ll tell you where, what’s going on and where there’s going to be people.
Langley: Yeah, I’ll be down at the chamber park, tomorrow night.
Schmitt: Tomorrow night, OK.
Langley: Yes, for the opioid awareness.
Schmitt: Oh, OK. That’s tomorrow night?
Langley: Yeah.
Schmitt: At chamber park. OK, all right. You going to be there?
Langley: I will be there. And I’ll have somebody in Cold Spring representing me, as well.
Schmitt: OK. What time? What time is that tomorrow night?
Langley: 7.
Schmitt: OK,  all right. Maybe I’ll be there; maybe I’ll stop down there, too, then.
Langley: All right.
Schmitt: So maybe I’ll see you there.
Langley: Sounds good.
Schmitt: All right, so I wanted to reach out to you. Thanks for for calling me. But that’s where I’m at. I’m being 100 percent honest with you.
Langley: Like I said, you’ve been around long enough. You know the games that they play and the suspicions…
Schmitt: Oh, I know, I do. I don’t like — I don’t like the games. But I know they play them.
Langley: And those games are a disservice to our community.
Schmitt: One hundred percent; 100 percent is counterproductive. And it actually — You know, in some cases, it threatens the health and safety of our residents, too.
Langley: Absolutely.
Schmitt: You know, no question about that. But we’ll talk, Bob. Is this your personal cell number?
Langley: This is one of my cell numbers.
Schmitt: All right, so I’m going to put this in my phone. All right?
Langley: Yeah.
Schmitt: All right, Bob. Thanks for calling. Talk to you soon.
Langley: All right. Be well.
Schmitt: Yep. Bye-bye.
Langley: Bye-Bye.