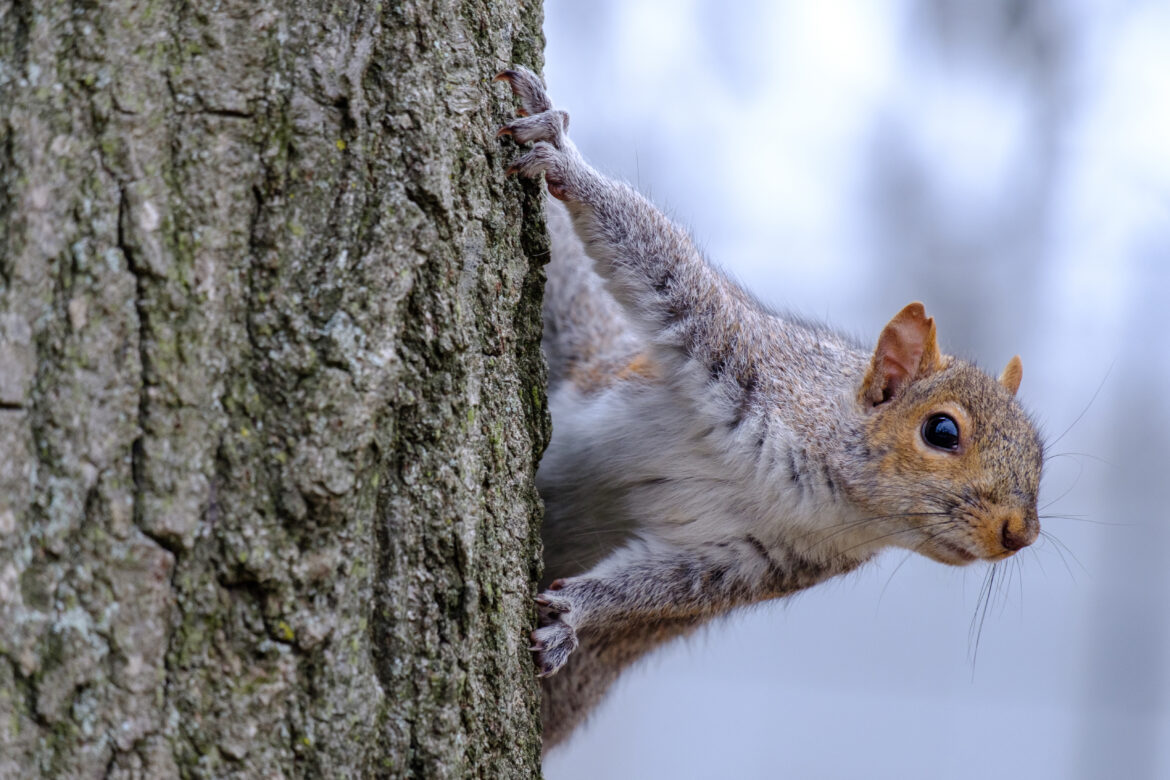 And why did a coyote just eat your cat?

The question was raised this past weekend at the Hubbard Lodge in Philipstown because Putnam Highlands Audubon Society members had noticed their yards were strangely devoid of chatterings.

It was raised again at the Cold Spring waterfront, where the public trash cans sit curiously undisturbed by tiny, searching paws.

And it was raised this past week during a visit to Squirrels’ Hollow below the Mount Beacon Fire Tower, where hikers noticed that for the first time in recent memory the hollow seemed to be improperly named.

Where the hell are all the squirrels?

“The woods seem a little empty,” said Nicole Wooten of the Hudson Highlands Land Trust, which manages the Granite Mountain Preserve in Putnam County. Across the river next to Storm King, Bill Schuster at Black Rock Forest noted a dearth of squirrels as well as chipmunks, mice and other small mammals.

But if the eastern grey squirrels — ubiquitous suburban clowns in the U.S., invasive supervillains in Europe — appear to have vanished from the Highlands, there’s still noise in the woods this fall. Specifically, the loud, crunching sounds of hikers walking on the bushels of acorns that have dropped to the ground in the past few weeks.

The squirrel shortage and acorn explosion are related.

Like many nut-bearing trees, oaks don’t “mast” (the term for producing and dropping acorns) every year. They tend to mast on two- to five-year cycles. When mastings occur frequently, the amount of acorns produced is modest. But when it’s been several years between mastings, such as this year, the stored-up energy produces a wallop of acorns. Schuster said there’s been an abundance of shagbark hickory nuts, as well.

That’s good news for squirrels, who are enjoying an acornucopia. But it also explains why there’s so few around to enjoy the feast.

“When we haven’t had a mast year for a few years in a row, squirrels and other small mammals that depend on masts tend to have lower populations and lower survival rates,” explained Wooten.

It’s still not clear what causes trees of a certain species in a certain region to all mast at the same time. It’s possible that external factors, such as first-frost dates, summer temperatures or rainfall amounts trigger the process. Researchers are also examining the possibility that the trees communicate with each other to signal when it’s time to mast by utilizing the vast underground mycorrhizal fungi networks, colloquially known as the “wood wide web,” or through windblown pollen.

Thanks to the mega-mast, squirrel populations should rebound next year, as should those of white-footed mice and white-tailed deer, the latter of which have also been decimated locally after two consecutive years of Epizootic Hemorrhagic Disease, a previously rare virus carried by tiny insects that have arrived in the Hudson Valley via tropical storms the past two summers. The lack of acorns had driven what deer are left out of the woods and into backyard gardens for food more than usual, said Wooten.

It may also be a reason why there’s been more recent visits into town by the coyotes who live on Mount Beacon. With fewer small mammals and deer to hunt as they fatten up for winter, they’ve been strolling into Beacon to look for food. That leads one to worry about errant pets, although Wooten points out that, as generalist omnivores, coyotes prefer meals they don’t have to chase, such as garbage, roadkill and food that well-meaning Beaconites set out for feral cats.

But while locals can look forward to their gardens and pets being safer next year because of the generous oak trees, there’s a downside. White-footed mice and white-tailed deer are the primary carriers of black-legged ticks, which spread Lyme disease. Generally, the bigger the masting, the more cases of Lyme the following year. And this year’s masting was very, very big.

Next summer, Highlands residents may find themselves looking back to the halcyon squirrel-free days of 2021.

One thought on “Where Are All the Squirrels?”