Beverley Robinson, 87, a retired French teacher in Boulder, Colorado, is a direct descendant of Beverley Robinson (1720-1792), a Loyalist who, with his wife, Susanna Philipse, owned a vast expanse of Hudson Valley land that included the Highlands before it was seized following the Revolutionary War. 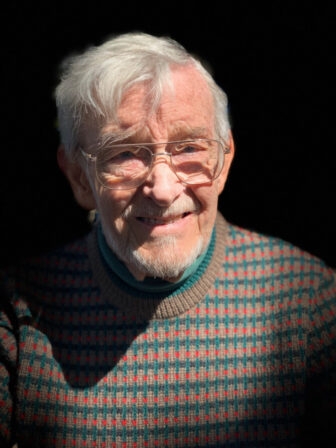 Was your father also named Beverley?

My father was Frederick Philipse Robinson. At my baptism in New York City, he supposedly said: “There’s always been a Beverley Robinson in New York so there’s going to be another one.” I have three sons but I did not name any of them Beverley because, well, you know, the name now isn’t easy for a man. I couldn’t do that in good conscience; I was tired of a lifetime of things like going into a bank and having them ask: “Are you cashing this check for your wife?” But you can go to Scotland and the name is perfectly normal. I usually go by “Bev.”

Beverley Robinson sided with the British during the Revolution. What do you think of him?

I’m quite proud to have his name. New York was a strong British outpost. It wasn’t like Boston, nor like Philadelphia. And the king was kind to him. He was clearly helping the Brits. He wasn’t just pulling back and being a country squire. If he had chosen the other side, our family would have owned all the land from the top of Manhattan to West Point. It would have been quite a hunk of real estate.

You recently emailed the rector at St. Philip’s Church in Garrison. What did you ask her?

Well, I have a paper published by the Putnam County Historical Society in 1914. It’s a speech that was given about Beverley Robinson and how he was a churchman and how he was a statesman and all very flattering. So I Googled St. Philip’s and emailed the rector, Amanda [Eiman], and she sent me two photos of a plaque over the baptismal font dedicated to Beverley Robinson, because he founded the church.

What was his connection to Benedict Arnold?

His home, Beverley House, was confiscated by rebel Americans and used by Gen. [Benedict] Arnold as his headquarters. [The home, on what is today Route 9D in Garrison, burned down in 1892.]

Has anyone ever said, “Are you related to the Beverley Robinson?”

The first time I heard anything like that was when I was in college. The head of the history department introduced me to a friend of his who taught at Harvard. And the friend said, “Oh, yes, the Hudson River!” But he was a historian. More recently, a neighbor across the street here in Boulder said: “Do you know there’s a Beverley Robinson in [the Ron Chernow biography] Hamilton? Is that any connection to you?” And I said, “Yes.” And she wanted me to come over and have tea with her ladies’ group and talk about it.