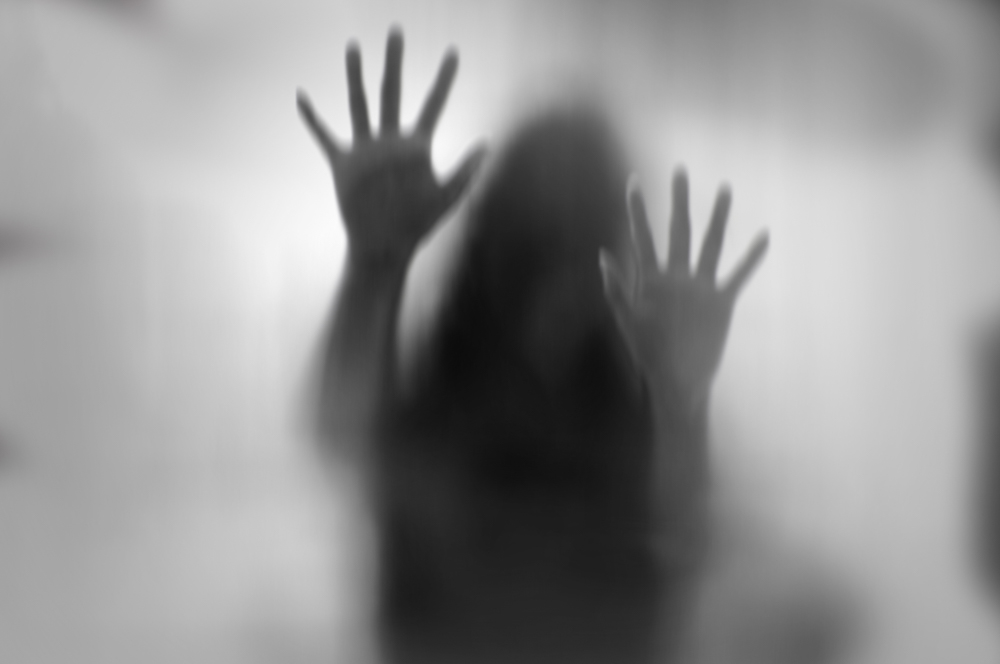 In the 1990s, Rosie McGuire, who now lives in Cold Spring, was playing Antonia in Man of La Mancha at the Barter Theatre in Abingdon, Virginia, a building many believed was haunted by the theater’s founder. Even though she describes herself as “someone who sees ghosts,” McGuire sensed nothing haunted.

The dormitory where she was staying was a different story.

“I’d be in my room, wide awake in bed, but I kept getting this feeling, like someone was sitting on my chest,” she recalled. “I couldn’t get up; I was pinned down.”

That happened several times, along with doors slamming shut and the transom above the door mysteriously opening on a windless night.

But there was something much stranger than a slamming door. “It felt like someone was putting their fingers in my ears!” McGuire said.

She confided in a fellow actor who told her the dormitory in the late 19th century had been a makeshift hospital for children.

“He told me the ghosts are children who died in the hospital,” she said. “But, he said they weren’t going to hurt me; they wanted me to come out and play.”

McGuire didn’t want to play. “I needed sleep!” she recalled.

Her colleague told her to de-ghost the dorm by burning sage and demanding that they leave.

“I burned sage a few nights in a row,” McGuire said. “And I told them, ‘This is my room. You are not welcome here. You have to leave.’ ”

More than a shadow?

Two decades ago, Lorraine DeMaria’s grandson Nicky was born in Highland Falls, three weeks after her mother had died. “It would have been her first great-grandchild,” recalls DeMaria, who lives in Cold Spring.

Home from the hospital, the newborn was placed in the bassinette De Maria’s mother had made for her grandchildren. Photos were taken. When the prints came back, everyone was surprised to see a distinctly visible shadow behind the bassinette.

“You couldn’t see a face, but it was a figure of someone standing there,” DeMaria said. “We all had the same reaction: It was my mother.”

She remembers her family feeling both good and sad about the apparition. “But we felt positive that my mother was standing there.”

Alex Wilcox Cheek’s tale is secondhand, but just barely. If you can’t believe your own sister, who can you believe?

In the 1990s, the Cold Spring resident’s sister, Christen, worked as an innkeeper at Daggett House in Edgartown on Martha’s Vineyard. Built in 1750 and now a residence, the building served as a whaling captain’s house, custom house and sailors’ boardinghouse before it became an inn.

It had a reputation for being haunted; Christen told her brother that she and her co-workers refused to visit the basement after experiencing “creepy, bizarre sensations” there. But what really frightened her, he said, was during the winter when a guest would come down from one specific room, reporting that the wood-burning fireplace had spontaneously lit up. “That truly freaked her out.”

When asked if she had any eerie Halloween yarns, Current reporter Liz Schevtchuk Armstrong responded, “As a historian and journalist, I do not traffic in ghost stories.” Then she told one.

Just before Thanksgiving two or three years ago, Armstrong was walking down Main Street in Nelsonville late in the evening. “This night was particularly thick and black and there was no traffic,” she recalls.

Just west of Philipstown Town Hall, she saw a “distinctive figure” walking in the same direction ahead of her.

“He seemingly appeared out of nowhere, wearing an 18th-century British soldier’s coat — a red, Revolutionary War-era coat, with white, X-shaped straps crossing on the back,” she said. He also had tan knee breeches, whitish knee socks, dark shoes and a dark hat.

“I only saw him for a couple seconds, at most,” she said. “Then he vanished.”

Because the Continental Army and the British Army were active in the area during the Revolutionary War, Armstrong admits it wouldn’t be impossible to come across a reenactor in period uniform. “But so late at night? The rest of that night I kept trying to figure out what optical illusions might have caused an ‘apparition,’ but I couldn’t come up with anything. I’m still trying to figure it out.”