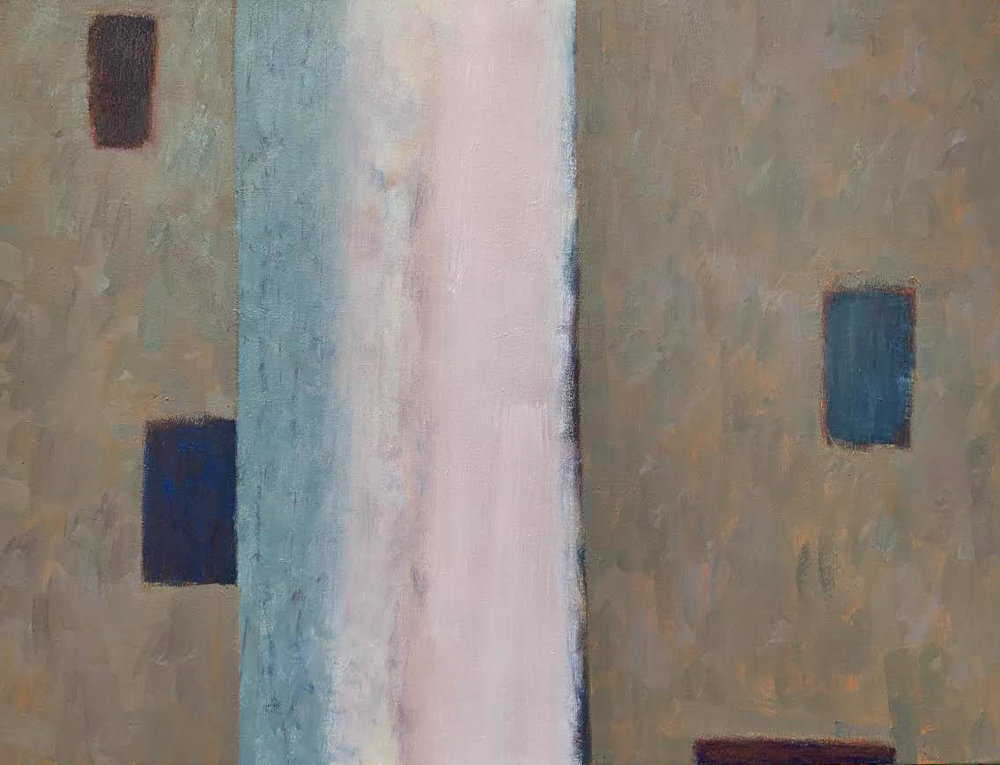 Throughout his years of studying fine art at college (Ramapo) and in graduate school (Hunter), Bill Kooistra says the goal was “to see who I really was.”

“In college, I was into drawing rock stars and the teacher said: ‘This is junk,’ ” recalls Kooistra, a founding member of the Buster Levi Gallery in Cold Spring. “Then I got into [Edward] Hopper, then [Arshile] Gorky, and then I moved into abstractions.”

Kooistra took inspiration from plants, then shells. “One day, on a beach, I picked up a shell and thought: ‘Oh my God, I can work from the surface, not the whole.’ In a sense, I look at something and it generates a thought. I think, ‘This is perfect for improvising.’ Shells are so varied, like snowflakes.” 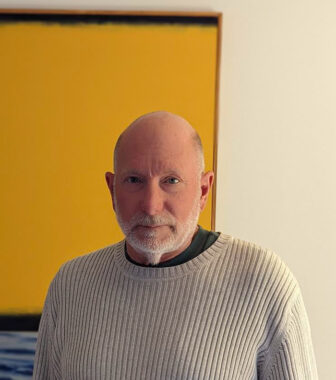 Kooistra’s recent work has focused on creating abstract works that originate with the surface of shells or shell fragments. The series in his new exhibit at Buster Levi, aptly called Shells, began with small watercolor studies. It opens Saturday (Nov. 6) with a reception from 1 to 5 p.m.

Earlier paintings, made from 2016 to 2018, examined shells using geometry as the structural organization, he says. “In some ways, the ideas remain unchanged, but in the recent works the focus has been to explore individual surfaces, patterns, colors and shapes. While certain shells retain characteristics, others are barely recognizable.”

It’s important to Kooistra that his work not be perceived as derivative of geometry. “One of my friends told me I’m kind of formalist, but I also want these paintings to have feelings, because I have feelings,” he says. “They’re not cold and calculated; I want them read on a more emotional level.” 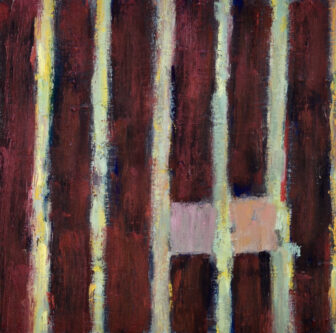 Kooistra, who lives in Goshen and taught art at Mahwah High School in New Jersey for 34 years, worked on his art in a small home studio and in the classroom. He points out that “working on art” doesn’t always mean creating a finished work. It might involve sensing what color to use — he says he chooses color based on how it expresses the experience he is trying to convey, rather than to recreate the shell.

Sometimes working means “just staring and taking notes. I lay five or six watercolors out and every time I go in, I do something to one of them. I have to digest the idea, live with it for a while, and then the paintings come. You get an idea, but doing the idea is not as easy as coming up with the idea. I shouldn’t have it ‘down’; it shouldn’t be easy.” 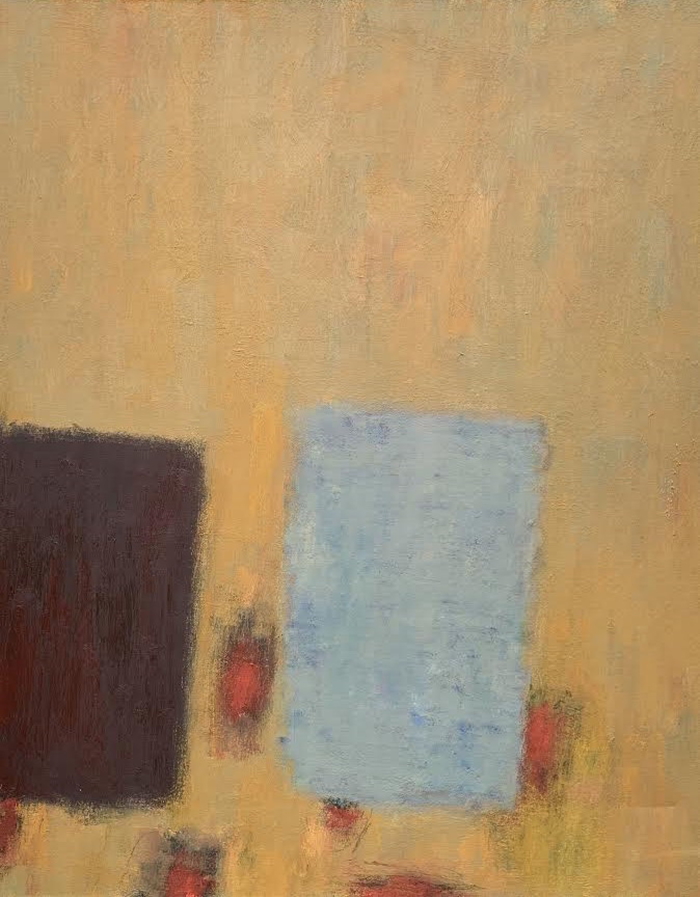 Kooistra came upon what became the Buster Levi Gallery accidentally. Years ago, his family rented a house in Garrison. He and his father went into C&E Paints, when they noticed a group of people who appeared to be hanging art across the street at what was then the Marina Gallery. He went over to investigate and a year later was invited to join the collective, which evolved into Buster Levi in 2014.

As a member, “knowing you’re working, and then showing that work, ups your game,” he says. “I have to resolve the issues in my paintings and can’t just let things sit. Looking at other artists, seeing how they worked things out, a piece of that may be absorbed. When you’re around people, it’s naturally instructive.”

The Buster Levi Gallery, located at 121 Main St. in Cold Spring, is open from noon to 5 p.m. on Saturdays and Sundays. See busterlevigallery.com. “Shells” continues through Nov. 28.