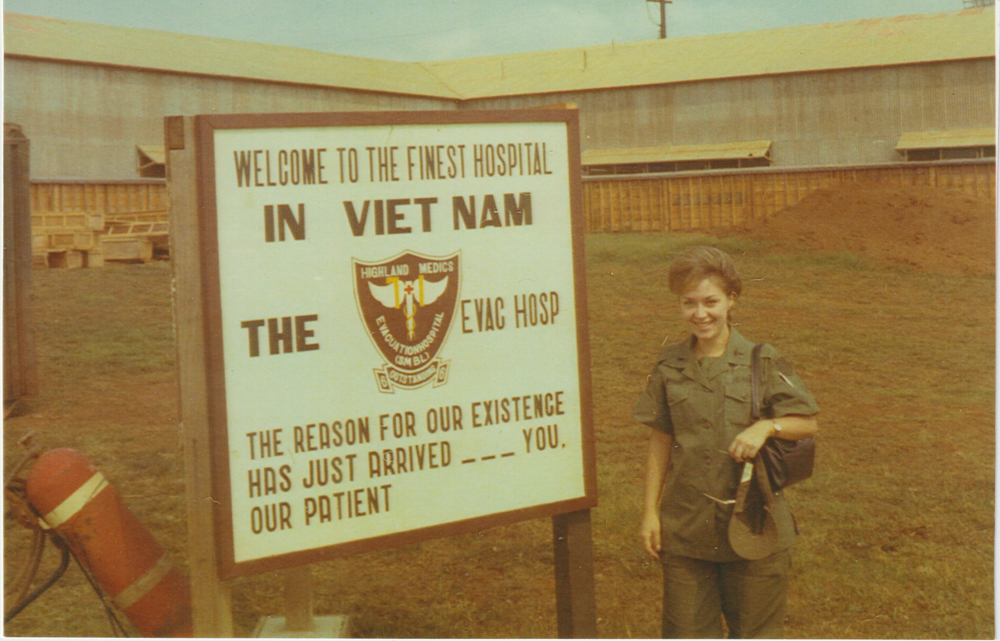 Beacon resident Edie Meeks worked as a nurse in Salson and Pleiku, Vietnam, from 1968 to 1969. (Photos provided)

Less than 90 seconds into the first episode of a new PBS series, American Veteran, a petite septuagenarian nurse from Beacon with a pronounced Midwestern accent appears on screen.

More than five decades have passed since Edie Meeks returned from Vietnam, her body intact but her psyche scarred in ways it would take years to recognize.

“Being a veteran is like speaking a different language,” she said in an interview. “And when you’re around these people who have served, you feel understood.”

The veterans themselves may change that.

American Veteran, which debuted on Oct. 26, two weeks before Veterans Day, is giving Meeks and other former members of the Armed Forces a platform to tell their stories to the nation — from enlistment and boot camp to deployment and the often-difficult readjustment when returning home.

The series was created by GBH, the public television station in Boston, and Insignia Films, which is co-owned by Stephen Ives, a Garrison resident and board president of the Philipstown Depot Theatre. He co-wrote each episode and directed two; installments 1 and 2 can be seen on PBS or at pbs.org, along with a podcast. The final episodes will air on PBS on Tuesday (Nov. 9) and Nov. 16.

The hourlong segments present a diversity of voices: male and female, Black, white, Latino, Native American and gay. The narrators include comedian and TV host Drew Carey, a veteran of the U.S. Marine Corps Reserves, and Sen. Tammy Duckworth of Illinois, a former Army Reservist who lost both legs when her helicopter was attacked in Iraq.

The stories touch on the horrors of combat in World War II, Korea, Vietnam, Iraq and Afghanistan, and off-the-field battles within the service branches, where women, minorities and gays have fought for acceptance. Some vets talk about the remorse they experienced after killing and others about segregation and sexual assaults by colleagues.

Ives hopes the series “sparks a conversation about the veteran experience.”

“If we are going to ask our men and women to go into harm’s way — and certainly we will keep doing that — we as a nation ought to pay attention to what that means and what we are asking people to do in our names,” he said. 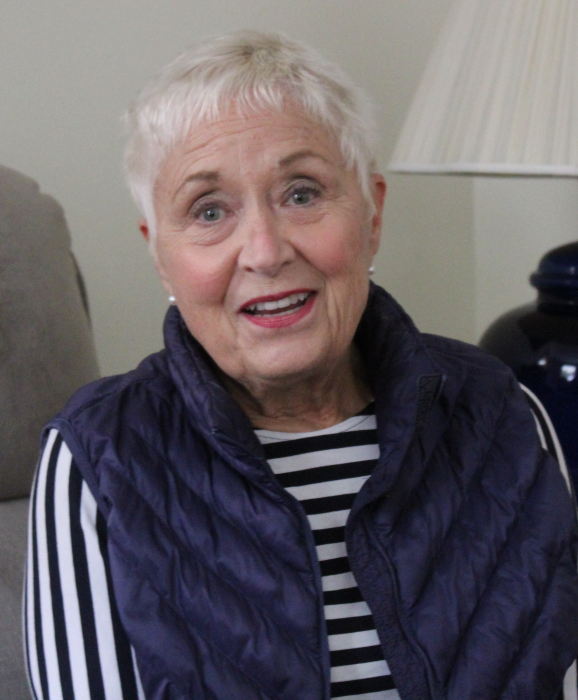 Military service “changed my life 100 percent because of the things that I saw,” said Meeks, who was on the board of the Vietnam Women’s Memorial Foundation in Washington, D.C., when the producers contacted the organization in a search for veterans to interview.

While working in February 1968 as an emergency room nurse in Minnesota, Meeks decided to join the Army Nurse Corps after her brother, Tom, volunteered for the Marines. She became one of about 11,000 women who served in Vietnam. “Midwesterners wanted the United States to be right,” said Meeks during an interview for the series. “When I joined, it was not a negative thing at all.”

Her viewpoint would change.

Her first stop in Vietnam was a field hospital in Saigon. She arrived during the Tet Offensive, a monthslong series of coordinated attacks by the Viet Cong and the North Vietnamese People’s Army against U.S. and South Vietnamese forces.

Meeks recalled working 12-hour days in an intensive care unit, witnessing the most traumatic injuries caused by bullets, landmines and homemade explosives. She later transferred to a hospital in Pleiku. Sometimes she read letters from family to wounded soldiers, some on the verge of dying.

“My job was to take care of these guys who were between the ages of 18 and 23, the majority of them,” she said. “They were all so young, and they were so bewildered as to what was going on.”

Along with witnessing death, Meeks had to worry about her own safety.

One day, she asked about a Vietnamese ward clerk who was absent and was told that he had been killed the night before fighting on the side of the Viet Cong. She was warned not to kick cans while walking down the street because they might be homemade bombs.

“One morning I came into work at 7 a.m. and we got the news that we were getting nine injured in. These were GIs standing waiting for a bus and somebody drove by on a scooter and threw a bomb,” she said. “It could be anywhere, at any time.”

After returning to the U.S., and convinced that America was wasting lives in the war, Meeks spent the final six months of her enlistment at Madigan Army Medical Center at Fort Lewis in Tacoma, Washington (now Joint Base Lewis McChord).

She returned to Minneapolis, married and moved to New York City. In 1972, she and her husband moved to Garrison, and Meeks worked in the operating room for Butterfield Hospital in Cold Spring until it closed. She left nursing to work for a company making implants for spinal fusions, then returned to nursing in 2009, taking a job at Northern Westchester Hospital in Mount Kisco. She still works there part-time.

About 25 years after leaving Vietnam, her scars emerged: flashbacks and depression. She said it was a fight to have the U.S. Department of Veterans Affairs recognize the level of post-traumatic stress disorder (PTSD) she had, which determines the amount of benefits vets receive.

“My big thing is, if you’re going to ask these people to go to war for you, you should give them what you promised them, and there shouldn’t be any questions asked,” she said. “To me, that is twice the injury to these people.”