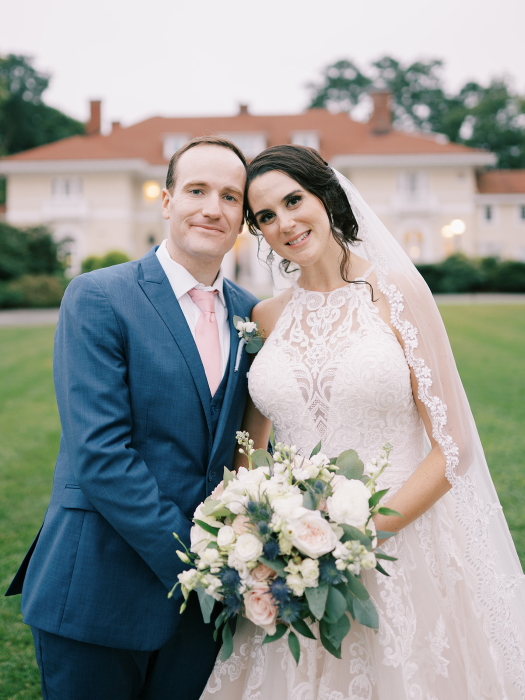 Lauren Danielle Felzani and Goodwyn Rhett Prentice were married on Sept. 17 in Beverly, Massachusetts, at a ceremony officiated by the groom’s father.

The bride is the daughter of Donna and Joseph Felzani Jr. of Revere, Massachusetts. Her father is an administrative assistant for the Massachusetts Department of Revenue. Her mother is retired after 31 years of teaching in the Boston and Revere public school systems and now is the administrator of faith formation at St. Anthony of Padua Parish.

Lauren is a senior physical therapist in the neonatal and pediatric intensive care units in Mount Sinai Hospital in New York City. She graduated from Merrimack College in Andover, Massachusetts, with a degree in health science in 2011, received her doctoral degree from Long Island University in 2014 and became pediatric board-certified in 2021.

Rhett is the son of Nathaniel and Anita Prentice of Garrison; his paternal grandparents, Anne Osborn and Ezra P. Prentice, resided in Garrison and Cold Spring. The groom’s father is the principal of Prentice Investment Management; a board member of the Community Foundations of the Hudson Valley, the Cold Spring Chamber of Commerce and the Hudson Valley Shakespeare Festival; and a Garrison fire commissioner. The groom’s mother, also a retired teacher, is the board president of the Desmond-Fish Public Library in Garrison.

Rhett is a graduate of St. Paul’s School and Trinity College, where he majored in art history. He is vice-president/client strategy manager at Christie’s Auction House in New York City. The couple reside in Manhattan.