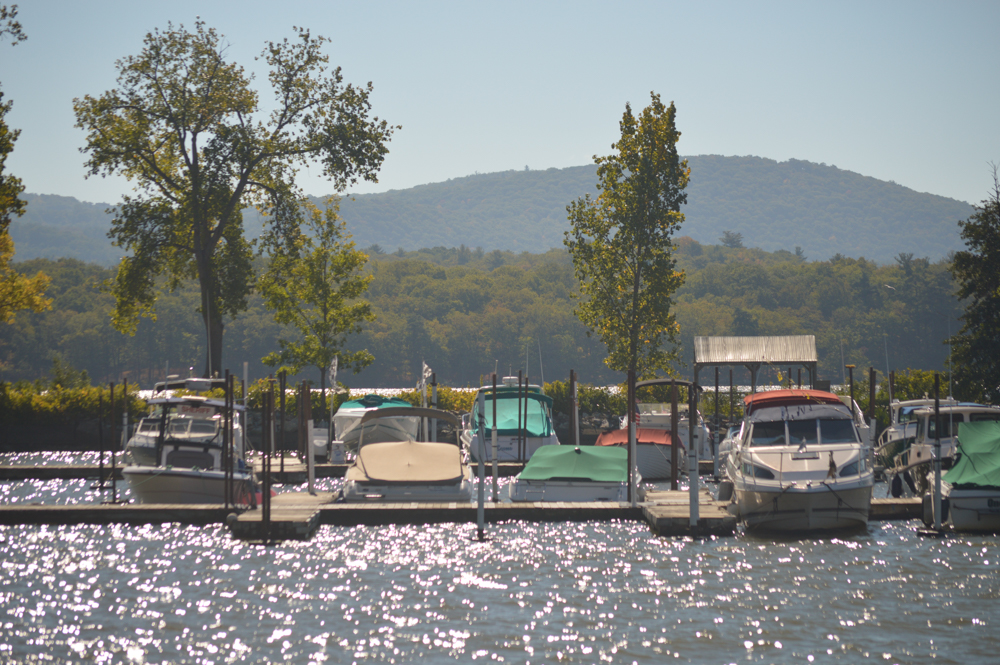 The Cold Spring Village Board has approved a 20-year lease with the boat club that will begin in 2024. (File photo by M. T)

Marathon zoning punted to next Village Board

The club has leased the village-owned riverfront property since its founding in 1955. Historically, the village has charged only a token fee for the use of the property. However, the renewal includes annual rent of $12,000 during the first three years, followed by incremental increases until it reaches $32,300 in 2040 and 2041.

The club will also be responsible for repairing or replacing the bulkhead, which was damaged earlier this year, as well as the cost of constructing a new clubhouse, if one is built. The former clubhouse was razed in 2015 during the cleanup of toxic coal tar by the state Department of Environmental Conservation.

The village must approve any work on the bulkhead or plans for a building.

The negotiation of the lease was conducted in private, with Merandy and Trustee Fran Murphy representing the village, and discussed by the Village Board only in executive session, which is closed to the public. Its terms were not revealed until after it had been signed by Merandy and Mark Patinella, Boat Club commodore.

During the public comment period of the Nov. 4 meeting, which was held by Zoom, a number of residents of the lower village objected to the lease being approved without public input. Feedback was heard, but only after the board had concluded all its business, including approval of the lease, a practice followed at most Village Board meetings.

“It’s a little late to comment since you proceeded to vote without public input,” said Gaston Alonso. “Your legacy will be you rammed through the privatization of public space without any public input. I hope you reconsider and do it the right way, the democratic way.”

(Merandy and Trustee Marie Early dropped out of the race for reelection and will leave the five-member board next month, along with Murphy, who did not seek another term. Trustee Kathleen Foley will become mayor on Dec. 6 and Trustee Tweeps Phillips Woods will remain to complete the final year of a vacated seat.)

Another resident, Richard Dorritie, questioned why a new lease was approved “with no transparency” and with three years remaining on the existing agreement.

He also questioned how many club members are village residents. “We’re not gaining anything as a community when membership is controlled by a private organization,” he said. He hinted at legal action, saying: “Your community may take action based on this behavior.”

The new lease will give residents priority in the assignment of boat slips over non-residents who join the club in the same year.

Matt Francisco, who chairs the village Planning Board but said he was commenting only as a resident, pushed back on the claim that the Village Board had acted improperly.

While residents can hold the board accountable regarding whether they should negotiate a lease at all, “it would be highly improper to involve the public in a lease negotiation,” he said. “Elected representatives negotiate on our behalf — that’s what they’re there for.”

But Stefan Ebaugh, a resident of West Street, said residents weren’t seeking involvement in the negotiations, only to see the draft before it was signed.

Ebaugh said he and other residents of the lower village, including Alonso, Dorritie and Young Lee, submitted a four-page letter to the Village Board on Oct. 3, outlining their concerns over the absence of public input. The letter was acknowledged, he said, but it wasn’t added to the public record until Nov. 4.

Ebaugh said he has requested an advisory opinion from the state Committee on Open Government, asking if the Village Board violated the Open Meetings Law by discussing the draft lease only in executive session.

The law states that in matters such as lease or sale of property, a municipal board can meet in executive session but “only when publicity would substantially affect the value thereof.” Ebaugh asserted that because the club pays little or no rent, the value of the new lease could not be adversely affected by making it public.  (In 1996, the Committee on Open Government issued an advisory opinion on contract negotiations where there no bidding process involved.)

He also questioned whether the new lease complies with recommendations in the 2012 Comprehensive Plan regarding the Boat Club.

“I believe we have definitely followed the Comprehensive Plan,” Merandy responded, pointing to revenue generation and continued access for visiting boaters as examples of the plan’s recommendations that are addressed in the lease.

During public comment at the Tuesday (Nov. 9) meeting of the Village Board, The Current asked Merandy if in the past, a public meeting or hearing has ever been held to discuss the lease agreement with the Boat Club.

“Not to my recollection; I doubt it,” he said.

Merandy stood firm on the lease renewal process, pointing out that the village attorney had advised that public involvement was not required. He also cited a number of negotiations he was involved in as a member of the Haldane School Board and Town of Philipstown Board.

“Every one of them was not held to public scrutiny until after they were done,” he said. “People are elected to do the work of the people and we should have trust in them; that’s democracy at its best.”

Merandy also said many of the concerns raised at the Nov. 4 meeting are addressed in the new lease.

“I’ll be interested in what [the residents’] thoughts are after they’ve read the lease,” he said. “It’s a very good lease.”

The board voted unanimously on Nov. 4 to close the public hearing on the update to Chapter 134 of the Village Code, Zoning. The hearing began in early September.

The task of resolving the zoning of the former Marathon Battery site and other areas, including Mayor’s Park, will be taken up by the Village Board that will be seated on Dec. 6. In addition to Foley, it will include Woods; Eliza Starbuck; and Cathryn Fadde or Jeff Phillips, depending on the count of absentee votes next week from the Nov. 2 election. A trustee for the fifth seat will be appointed by Foley to complete the remaining year of her term.

Merandy said he had hoped the current board could complete the zoning update, “but I don’t think there’s any way we could have finished within our term.” Foley agreed. “We have an excellent framework to work with that [planner] Ted Fink and [attorney] John Furst have laid for us; we have good direction,” she said.

The original version of this story stated that the lease would be effective in 2024. In fact, that is when the current lease ends, but the newly signed lease supersedes that. The new lease was effective on Nov. 8 and will end in 2042.