In the years since her 2008 graduation from the musical theater program at the University of Michigan, the longest Shina Ann Morris had been out of work on Broadway or on national tours was five months — and then only because she was recovering from a work-related injury. 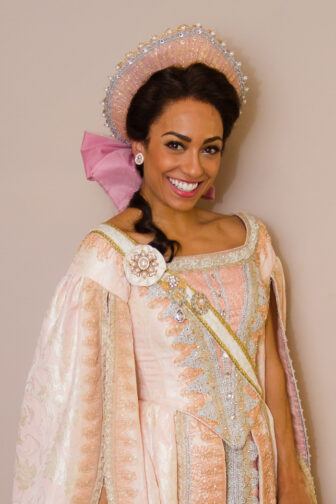 In a field which is very much stop-start, her path was start-start — until the pandemic, which shut down theaters and ended the Newburgh resident’s years of steady employment. Now, Morris is approaching two years without a Broadway job, and she’s far from the exception in her field.

Morris and her husband rented an apartment in Beacon in August 2020, following good friends who had relocated before the pandemic. She says their small New York City space felt like it was closing in on them. A few weeks ago, they purchased a home in Newburgh, “eight minutes from our old apartment, still right near our friends,” she says.

One bright spot for Morris during the shutdown has been teaching dance online to high school and college students. “I felt so much sympathy for them,” she says. “They were about to go to college, but couldn’t, or their high school musical got canceled, which caused a lot of sadness. Visiting Broadway choreography with them turned out to be a gift they gave to me, in letting me share their experience.”

Privately, though, she says she felt her theatrical side shutting down. “I wasn’t even trying with the singing and acting,” she says. “I didn’t sing again until we moved to Beacon. I was feeling rusty in dance, too.” 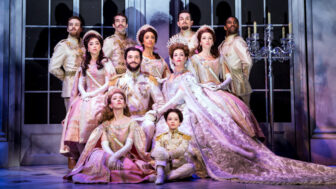 Morris grew up in Wichita, Kansas; her parents were in the military. She got bitten by the dance bug early after watching The Nutcracker on television. She began ballet and tap classes at age 3. Eventually, Music Theatre Wichita became a home away from home. “I started in their teen program, then became an intern, then guest-starred after college,” she recalls. “It was there I realized I could do this for a profession.”

During her senior year of high school, Morris took a class trip to New York City and was enthralled. “I thought, ‘Oh, this is totally my city,’ ” she says. “The first Broadway show I saw was Aida, at the Palace Theater. I was in heaven.” 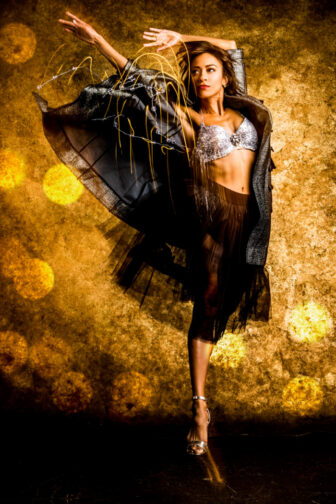 Morris in a promotional photo for Holiday Inn. (Photo by Matthew Murphy / Broadway.com)

She decided to attend school in Michigan rather than move to New York City to pursue musical theater because “I had so much to learn, and I wanted the community of the program at Michigan — not just while I was there, but afterward, with so many graduates working on Broadway. To move after college with that giant pool of people was such a gift.”

Morris arrived in New York in September 2008 and began auditioning. It was during her eighth time going in for a West Side Story revival that her fortunes changed.

“Someone had just left the show and they were looking for an immediate replacement,” she recalls. “There were four of us going for that one track. We were at an audition space when someone told us to grab our things, because Arthur Laurents [who wrote the book for West Side Story] was running late and they wanted to have us audition on the actual West Side Story stage, in the middle of the cast’s rehearsal breaks.

“We sang and read in front of everyone, and I heard Arthur, who was about 92, yell out, ‘Oh no, she didn’t get it’ at me. I was at my ‘survival job’ the following day when my agent called and told me I booked the job; I had misheard at the audition.

“On top of everything, it was at the Palace, the same theater where I had seen my first Broadway show. It took me 10 months, but I accomplished my goal” of landing a performing job within a year.

After that 2009 debut, Morris never had more than two or three months off between shows: West Side Story to Anything Goes to Nice Work If You Can Get It to Annie. When Annie closed, she went into Cinderella the next day.

A Cinderella tour followed, then a Chicago tour, then a regional gig, followed by a pre-Broadway run of Anastasia in Hartford, then Holiday Inn. After that she returned to Broadway with Anastasia. Whew!

Morris’s most recent Broadway show, Tootsie, closed in January 2020, and the pandemic roared in soon after that, bringing with it the shift to Beacon. She and her husband have enjoyed it — “It’s been a great change of pace, and we love the life up here, our little community.” 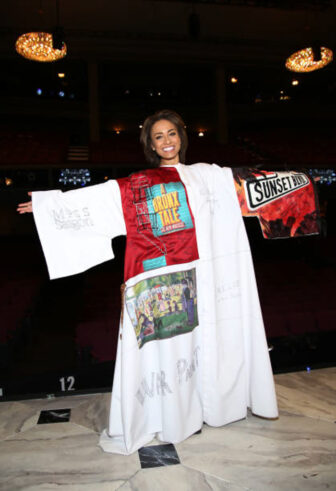 Morris is shown wearing a “Legacy Robe” — a gift presented on opening night to the ensemble member with the most Broadway credits. Morris received hers at Anastasia.

Many theater actors and dancers have left the field as a result of the protracted period with no work, and Morris says she considered it herself. “So many people’s lives have changed,” she says. “Many friends are working in all kinds of new ways: in real estate, as a life coach. I concluded that I can’t pivot because nothing else gives me joy.”

As casting began again this summer in anticipation of Broadway reopening in September, Morris found herself in the running for four shows. Unfortunately, “none of them went my way,” she says. “Normally, the sadness and disappointment [of not being hired] is stretched out over six months of auditions, but because everyone was rushing to start, this was compacted into one week. That was rough.”

Her emotions were also raw because of two miscarriages she suffered in late 2020 and early 2021, something she shared on social media because “normalizing this has been helpful in this cloud of grief.”

Moving last month from Beacon to Newburgh was filled with more than the usual mix of tension and excitement. In a classic example of “Wouldn’t you know it?” three hours after the movers left, the phone rang. “Someone dropped out,” her agent said. “Can you hop on a Zoom audition? Wear something a newscaster would wear. Get a COVID test tomorrow. The shoot is on Monday.”

Not long after that she booked another job, this one in a workshop of a musical adaptation. Again, things moved quickly: “In a week you have to be in the city for two weeks.” When Morris walked into the studio, she was nervous. “I had anxiety about being back in person,” she says. “My sound is different, my body is different. I don’t know how to rehearse anymore; my attention span is shot.”

A few minutes later, those concerns drifted away. “Being back in a room with people was just thrilling. Everyone was so happy, so kind, so talented. When we all started to sing together it was beyond joyful.”