William Titus, an elderly Quaker from Cornwall, strayed from Dr. Kittridge’s private insane asylum at Fishkill, where he had been placed by his children. He spent 12 days without food in the mountains before a search party found him lying between two haystacks in Johnsville [Wiccopee], about 12 miles away. Weakened by his ordeal, Titus died two days later.

Asahel Bell, 88, known as the “Fishkill mountain hermit” and “the miser of the Hudson,” and for his familiar blue overalls and felt-topped rubber boots, disappeared from Fishkill Landing. Bell was said to hold mortgages on more than $100,000 worth of farmland in Peekskill and Dutchess County, acquired by what one newspaper described as “penury, hoarding and investment.” His brother, Lewis Bell, who had been appointed guardian over his affairs, said he could not control Asahel, who lived as a hermit in caves on Mount Beacon, Storm King and Crow’s Nest. Old-timers said Bell loathed mankind from the day decades earlier when, two weeks before he was to marry a Cold Spring woman, she returned his ring with a note saying she had eloped to New York City with a wealthier man. [In March 1897, Bell’s body was found floating in the Hudson with a bankroll of $107.26 in his pocket. An inquest concluded he had drowned; his death greatly enriched his impoverished siblings.]

Dr. Francis Huntington Rankin, a native of Fishkill-on-the-Hudson and the personal physician of the family of the railroad and shipping magnate Cornelius Vanderbilt, died in Newport, Rhode Island, where he had lived for 20 years.

The chair of the Fishkill Board of Supervisors said he had no comment on a report that a woman had dressed as her husband to vote in the most recent election.

The football team from Riverview Military Academy of Poughkeepsie defeated St. Luke’s of Fishkill Landing, 32-0, on a muddy field that had been roped off to prevent the crowd from interfering with the players.

After negotiations with Italian authorities, three inmates at the Matteawan Staff for the Criminally Insane were deported to their native country. 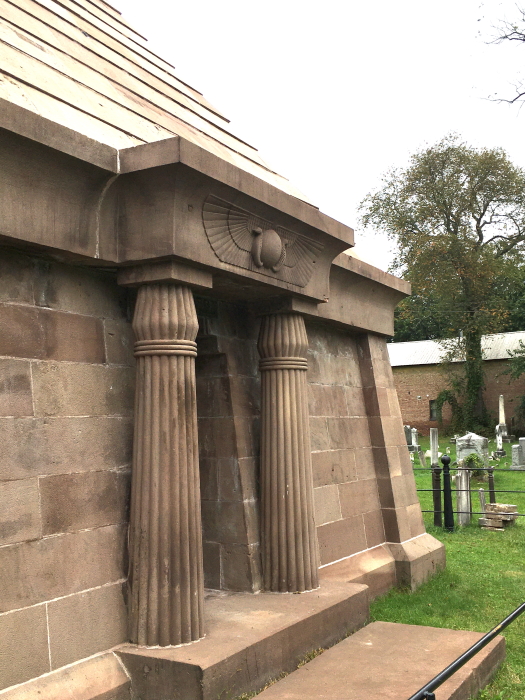 On Thursday (Nov. 11), the Robinson Mausoleum at the Newburgh Old Town Cemetery was rededicated following its restoration. About 125 people attended, including many members of the Robinson family, and were given a peek inside the tomb, where candles flickered beside the four caskets.

Built in 1853 for the family of Capt. Henry Robinson (1782-1866), the structure is the largest Egyptian Revival mausoleum in the country. Historians believe it was designed by Alexander Jackson Davis, the architect responsible for Federal Hall in New York City and the Hurst-Pierrepont estate in Garrison.

Capt. Robinson served alongside Commodore Stephen Decatur on the USS President during the War of 1812. He was captured by the British, but after his release made a fortune in farming and shipping. He is credited with introducing carp to the U.S. and helped popularize rowing and baseball in the Hudson Valley. His Newburgh land holdings in the 1830s included the area from South William Street to Quassaick Creek, and from Muchattoes Lake to the Hudson River.

The two-year mausoleum project was led by Andrew Benkard, a descendant of Robinson; overseen by Nancy Thomas of the Newburgh Preservation Association; and completed by Eddie Curtis of Columbus Memorials. It was funded with a grant from the Brooks Point Foundation.

A Beacon man was arrested for deserting his wife, who called the police after he had been gone for several days. The husband said that he had gone to Yonkers to look for a job but neglected to tell his family.

Three Beacon men were charged with stealing a Studebaker owned by John Hartney, an employee of the Standard Oil Co. He had left the car parked in front of the Holland Hotel; it was recovered on the road between Cold Spring and Nelsonville with its transmission wrecked.

Business owners in Beacon and Cold Spring lobbied New York State to survey a highway route from the Putnam County line to the city limits of Beacon.

Two cases of typhoid were reported, bringing the Beacon total to 14. State health officials banned milk from a specific farm from being sold in the city.

City officials said they would have to begin pumping and sterilizing water from Fishkill Creek unless the reservoir was replenished soon by rain.

A 10-year-old boy was arrested and charged with assault after he allegedly kicked a playmate “in a vital spot,” putting him in Highland Hospital, where he needed surgery. The boys had scuffled while playing catch-as-catch-can.

A Scottish employee of the Central Hudson Steamboat Co. drowned in the Hudson River near Long Dock after falling from the steamboat Poughkeepsie.

The Poughkeepsie Eagle-News published a vague report that claimed “a good portion” of Beacon had been stirred up by “the sweeping condemnation of the general morals of the city made by a church in that city on Sunday.” 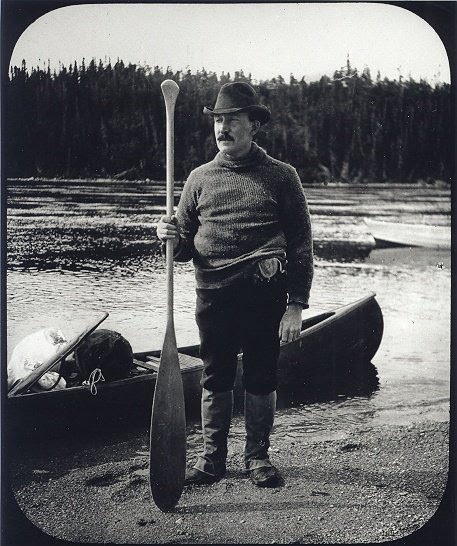 Dillon Wallace in Labrador in 1903

The president of the Newfoundland Senate, Sir Patrick McGrath, traveled from Canada to Beacon to visit the explorer Dillon Wallace, who was believed to know “more of the interior of Labrador than any living white man.” McGrath was looking for information on the disputed boundary between Newfoundland and Labrador; his next stop would be Washington, D.C. [McGrath had been assigned in 1920 by the Canadian prime minister to research Newfoundland’s claim. His investigation formed the basis of a legal case brought to the Judicial Committee of the Privy Council in Britain, which in 1927 ruled for Newfoundland.]

A Dutchess County judge upheld the city’s right to require drivers who took paying riders to obtain taxi licenses. However, he ruled that the city could not require drivers to live in Beacon for 12 months before they could apply.

Four men were charged with assault after a brawl. One of the men, Joseph Lacolla, an aspiring boxer, was apparently upset after being defeated by a Black opponent, Benny McCoy. He and his friends waited outside the Holland Hotel, where McCoy worked as a bellhop, to jump him. Lacolla was bailed out by his mother.

A thief using a diamond cut a circle in the display window of Knapp’s meat market but it was only 4 inches wide so he could only steal two bottles of horseradish that were within reach. Police suspected the culprit was practicing for a bigger job.

The state police raided a dice game at South and Wolcott avenues on a Sunday afternoon at the request of the Dutchess County district attorney but neglected to inform the Beacon police. Officers said they learned of the raid only when the four men arrested were brought to the station to be booked as common gamblers. The DA said a resident had stopped him on the street and said that complaints to the Beacon police about the ongoing game had gone unheeded. All four men pleaded guilty and each was fined $15.

A patrol officer who turned in his badge and gun following a dispute with a driver who made an illegal left turn during the Halloween parade was persuaded to return to work. The motorist apparently had been able to get the citation “quashed.”

Melio Bettina, at 191 pounds, won his fourth heavyweight boxing bout in four fights since his discharge from the Army with a victory at Buffalo over 210-pound Bill Weinberg. 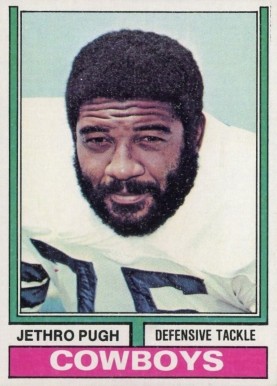 Jethro Pugh, a defensive tackle for the Dallas Cowboys, was the first guest in a program launched by the Beacon High School Human Relations Committee “to promote understanding and communication between students, teachers and the community.” (In its story, the Poughkeepsie Journal had a curious error, reporting that Pugh would “beat a diner” at Rombout School instead of “host a dinner.”) The Cowboys were in New York to play the Jets.

Residents packed a City Council meeting to protest a proposed 41 percent property tax increase, from $46.17 per $1,000 of assessed value to $64.90 per $1,000. A member of the Mount Beacon Park Homeowners Association argued that the city needed two garbage collections a week, more police, improved drainage, more money to fight narcotics abuse and more funding for the arts — and that the cost of a secondary sewage plant should be assumed by the state, since it was ordering the city to construct it.

The 11-member consistory of the Beacon Reformed Church voted 8-0, with three abstentions, to allow a delegation from Georgia to remove the remains of William Few, a signer of the Constitution from that state, from a vault in the churchyard. The body, interred in 1821, was to be moved to Atlanta, although scientists still needed to determine which remains belonged to the Revolutionary War lieutenant-colonel.

A $750,000 expansion at the Dutchess Ski Area on Mount Beacon was expected to be completed by Dec. 1, said general manager Walter Foeger. The work included four new trails and slopes, bringing the total to 11, as well as a double chair lift with a capacity of 1,600 skiers per hour.

The Planning Board began its review of a proposal by the Urban Renewal Agency to build 30 condos on a vacant lot at Beekman and Ferry streets. The development would be known as Hammond Plaza, after the Hammond Paint building that was once on the site. Two-bedroom units were expected to sell for $22,000 and three-bedrooms for $24,000.

Negotiations between the Beacon Teachers Association and the school board entered their 10th month, with 13 points still separating the two parties.

The state Department of Transportation said it would allow Penn Central to use a 12.6-mile spur between Beacon and Hopewell Junction for freight traffic, as long as the railroad installed more safety equipment. Built in 1868, the spur had seen little use until Penn Central decided to upgrade the line for at least four runs daily.

Bret Alan Frattellone, a 23-year-old disc jockey at WSPK (104.7) in Beacon who was known to listeners as Bret Alan, died of injuries suffered in a car crash.

Police arrested a 16-year-old boy who made a homemade chemical bomb that exploded after he threw it from a second-floor window.