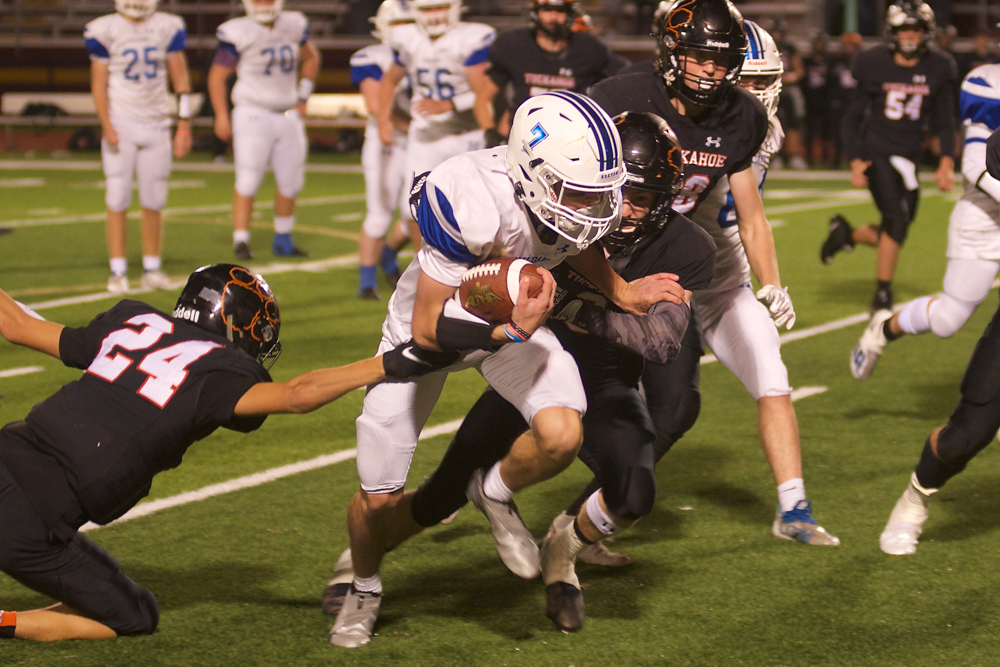 Will fight another day with at-large bid in tournament

Despite coming up on the short end of a 48-40 score in the Section I, Class D championship game on Nov. 12 at Arlington High School against Tuckahoe, the Blue Devils of Haldane High School will play again today (Nov. 19).

Haldane (6-3) received the Class D at-large bid for the state tournament and will face Section VII champion Moriah (9-0) of Essex County in a quarterfinal game at 7 p.m. The at-large system began two years ago to account for a shortage of schools in some classes in different parts of the state.

The game will take place at AuSable Valley High School in Clinton County, a four-hour drive from Cold Spring. It will be streamed on the NFHS Network at bit.ly/haldane-moriah.

Moriah was ranked No. 9 in the state among Class D schools this week by the New York State Sportswriters Association, while Haldane received an honorable mention. The winner today will face either Tuckahoe (8-1) or Greenwich (10-0), who play on Saturday night. If Haldane and Tuckahoe both win, they will meet Nov. 26 at Middletown High School in the state semifinals.

The Section I title game on Nov. 12 turned into a shootout. 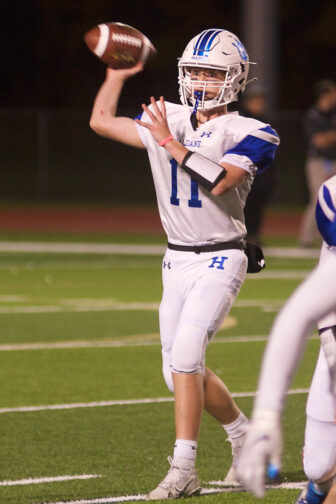 Haldane was down 35-18 midway through the third quarter but responded with a Giancarlo Carone rushing touchdown and a Carone interception moments later that he returned for another TD. That brought the Blue Devils within one, at 35–34, at the end of three quarters.

But Haldane had a difficult time during the entire game stopping Tigers running back Michael Meyers, who opened the fourth with a 28-yard touchdown run and would finish the game with 342 yards rushing on 40 carries. Moments later, an interception by Tuckahoe set up a 22-yard TD pass that made the score 48-34 with 5:33 left.

“Michael Meyers is a tremendous football player,” Coach Ryan McConville said. “We concentrated on him, and that opened up some of the passing lanes” for Tuckahoe quarterback Jax Colacicco, who completed 20 of 30 attempts for 226 yards.

Irwin had two TDs receiving and threw a TD pass to Tommy Tucker. Van Tassel completed 14 of 32 attempts for 158 yards and two touchdowns.

Haldane lost to Tuckahoe, 37-36, on a last-second field goal in another wild game on April 24 during the delayed fall 2020 season, so McConville said he wasn’t surprised by the fireworks.

He said his team is thrilled to have a chance to continue its season. “For the first 48 hours, the loss hurt,” he said. “But now we’re knocking on the door again.”

Haldane advanced as far as the state semifinals in 2000, 2016 and 2018, but never reached the championship game.