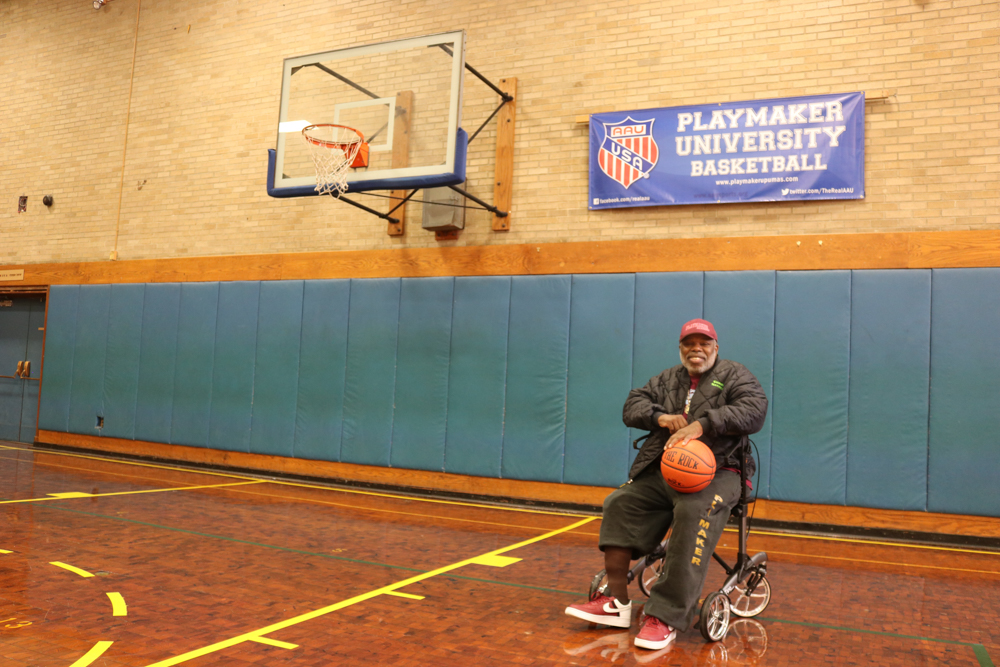 It’s a year that has forced him to stare down diabetes, COVID-19, amputation and exile from family, friends and the game he loves.

Dawson founded the Playmaker Academy in 2004, a Hopewell Junction-based facility that has helped basketball players of all ages hone their skills through individual instruction and team play. The Current profiled him in December 2020.

His playmaker alumni include Beacon’s Elijah Hughes, now with the NBA’s Utah Jazz, along with professionals in European leagues, countless male and female college players and many more who simply want to play better.

In 2020, the pandemic shutdown closed the academy. It reopened briefly but then closed for good in July after a player contracted COVID-19. The program had also outgrown the Hopewell location, Dawson said.

But Dawson couldn’t join them. A diabetic, Dawson had injured himself while working out. His doctor told him he needed to rest.

He had a second chance when his doctor told him he could still heal, if he listened.

He did, but not for long.

“I was depressed, couldn’t work out, couldn’t go out,” Dawson said. “I wasn’t watching my diabetes or what I was eating; I slept terribly.”

On Feb. 26, his right foot was swollen and turning gray. When he fell in the bathroom and couldn’t get up, his son Ken called an ambulance.

At the hospital, his blood sugar was off the charts. “I could have had a stroke, been in a coma or dead,” Dawson said. “God chose none of those.”

He was told he would lose three toes. When he awoke from surgery, his right foot had been amputated above the ankle.

“For two days I was a little funky, a little crazy,” he remembers. “I was angry, scared, sad, but I was alive.”

Things got worse before they got better. “On the fifth day of rehab they checked my blood; my hemoglobin was terrible and I was getting nose bleeds,” Dawson said. After a transfusion, he relapsed and was told he needed a colonoscopy.

“It was now March 31 and I felt good to go,” Dawson said. He remembers the date because later that day he was told he had contracted COVID-19. “I caught it in the hospital,” he said.

He went into lockdown. For 45 days, Dawson was unable to leave his room. Because he had the coronavirus, the closest facility that would accept him to continue his in-patient rehab was in Far Rockaway, Queens.

He rehabbed there for 45 days; within three weeks he tested negative for the virus. But then, he said, no rehab center close to his Poughkeepsie home would take him “because I’d been in a COVID facility.”

Finally, Sapphire Nursing at Meadow Hill in Newburgh agreed to admit him. “They run a hell of a ship,” Dawson said. He returned home at the end of September, seven months after his fall in the bathroom.

Mastering his prosthetic foot has been a challenge. “I can’t walk up a stairway yet without difficulty,” he said. “But with my rollator, I can walk wherever I want.”

Relearning how to drive a car will be his next challenge.

“There’s still lots of phantom pain,” Dawson said. “It’s actually amusing; I don’t have a foot, yet I have all the sensations.”

Asked what got him through his medical ordeal, Dawson credits family, friends and God. “I don’t do religion; I do God,” he said.

He admits he wishes he had listened to his doctor. “Without your health you have nothing; you have to do the right things,” Dawson said, adding, “Nobody is perfect; I’m not perfect.”

His diet has changed. He checks his blood sugar levels every morning. “We’re keeping it between 90 and 110[mg/dl]; I’m eating to live now, not living to eat.”

And Dawson is back with the game he loves.

During his absence, Forde, Gillins and his son kept the basketball program alive under a new name, Playmaker University. Beacon is proving to be an even better venue.

“I can run tournaments here; I couldn’t do that at Hopewell,” Dawson said, adding with a chuckle that he has the key to the building and can do whatever he wants.

“I have two gentlemen who come at 6 a.m. on Saturday and Sunday mornings because they want to improve and play overseas.”

His foot hasn’t sidelined him. “I don’t have to stand to coach,” he said. When he needs to demonstrate a skill, he calls upon Coach Q and Coach Brandon, two Playmaker graduates who live in Beacon and will soon be starting their own coaching business. Last week Dawson was hired as the varsity girls’ basketball coach at Webutuck High School in Amenia.

Despite his perilous journey, Dawson has kept his sense of humor. He even managed to laugh when he said: “I figured 2020 was a bad year, but I had a foot!”