She has a memory of looking up in Hiroshima to see the Enola Gay, an American B-29, just as it dropped Little Boy, the first atomic bomb ever used in warfare.

As many as 80,000 people died instantly when the bomb exploded about 2,000 feet above the city (where it was calculated to cause maximum damage), with injuries, burns, radiation sickness and cancer claiming tens of thousands of more lives in the months and years that followed. 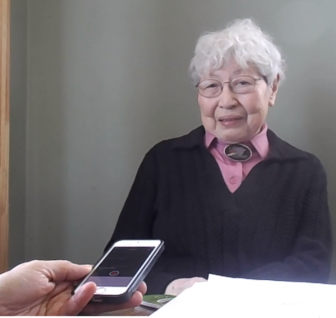 Somehow, Tomiko survived. Now nearly 90, she lives in Lagrangeville, in southcentral Dutchess County, and has often spoken of her experience.

When the bomb exploded, she said it reminded her of a red sunset over the ocean. “Maybe if I had looked longer, I would have seen the mushroom cloud,” she said. “But I was too busy trying to get away.”

Immediately after the explosion, “black rain” began to fall. “I thought it was oil and that the Americans were going to burn us all,” she recalled.

That morning, Tomiko was at a print shop; students were required to work in support of the Japanese war effort. “Some of the students I was with at the factory survived for a while,” she said. “But all died later from the radiation.”

She has no idea how or why she was spared, but her nephew, Tim West, said he “felt God had other plans for her.”

To escape the burning city, Tomiko headed into the mountains, returning to her home a couple of days later after the fires had subsided. “We had to walk over a railroad bridge,” she recalled. Looking down, she saw the river full of corpses. “I worried I would fall into them,” she said.

After crossing the bridge, she came upon a soldier sitting upright on his horse. He was dead. Further along, a group stood waiting at a streetcar stop. All were dead.

Inside the streetcar, people stood, holding onto the hanging straps. All were dead.

She found her badly damaged home. Her mother had not survived, but she learned her injured grandparents had fled to caves west of the city. 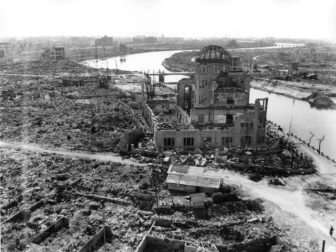 Tomiko said her biggest regret is slamming the door in anger as she left home on the morning of Aug. 6, after criticizing her mother. “I said, ‘I am working in the factory, what the heck are you doing?’” she recalled.

She found her grandparents and together they lived for several days in a cave, along with others. “People from the country brought us rice; they helped people in the city.”

An aunt and uncle found Tomiko and took her into their home. “I was grateful, but for a long time I was very upset to be there,” she said. “Until I realized if they hadn’t taken me in, I would have been in an orphanage. 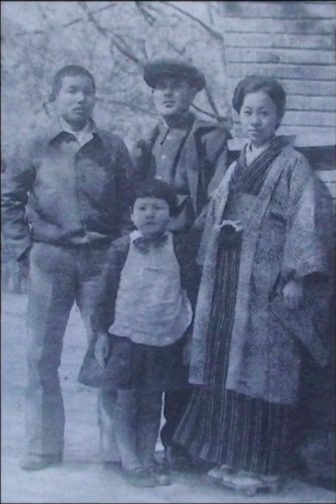 “I was fortunate to have studied English,” Tomiko said, because it helped her land a job in a post office in Yokohama after the war. It was there, in 1950, that she met Melvin West, a U.S. soldier assigned to the post office who years later would become her husband. “He was the cutest one of the bunch,” she said with a laugh.

Two years later, Tomiko moved to Wisconsin to study U.S. history at the Stout Institute in Menomonie, eventually becoming an American citizen. She and West kept in touch, mostly by mail, and in 1957 they were married in Aikens, South Carolina.

West operated Mel’s Barber Shop in Poughkeepsie for 40 years. Tomiko retired in 1994 after teaching Japanese at Vassar College for 20 years.

The couple moved to Lagrangeville six years ago. They had been married for 60 years when Mel died in 2018.

Tim West said he had no idea his aunt had survived Hiroshima until he happened upon a newspaper article on her about 20 years ago. “I told her she had to talk about it, that she had a story to tell,” West recalled.

Tomiko now shares her story when invited to conferences and anti-nuclear events. “People should talk about it, to know the hardship I went through,” she said.

At one seminar she served on a panel with Cannon Hersey, grandson of John Hersey, the author of Hiroshima, a book Tomiko called “remarkably accurate.” In 2015, she appeared with Pete Seeger, a longtime Beacon resident, in the documentary Good Thinking, Those Who’ve Tried to Halt Nuclear Weapons. “Pete and I were good friends,” she said. (The folk singer died in 2014.)

Tomiko said she has never had negative feelings toward the U.S. “I never thought I should hate the Americans” for dropping the bomb on Hiroshima, she said. “I think of it as a decision in a war; that’s what war does.”

However, she does not believe war is ever justified. “Some people make a lot of money from war,” she said.

Asked if any good came out of her horrific experience, Tomiko paused, then said: “It was war, but I met my husband; I have lived a very good life.”