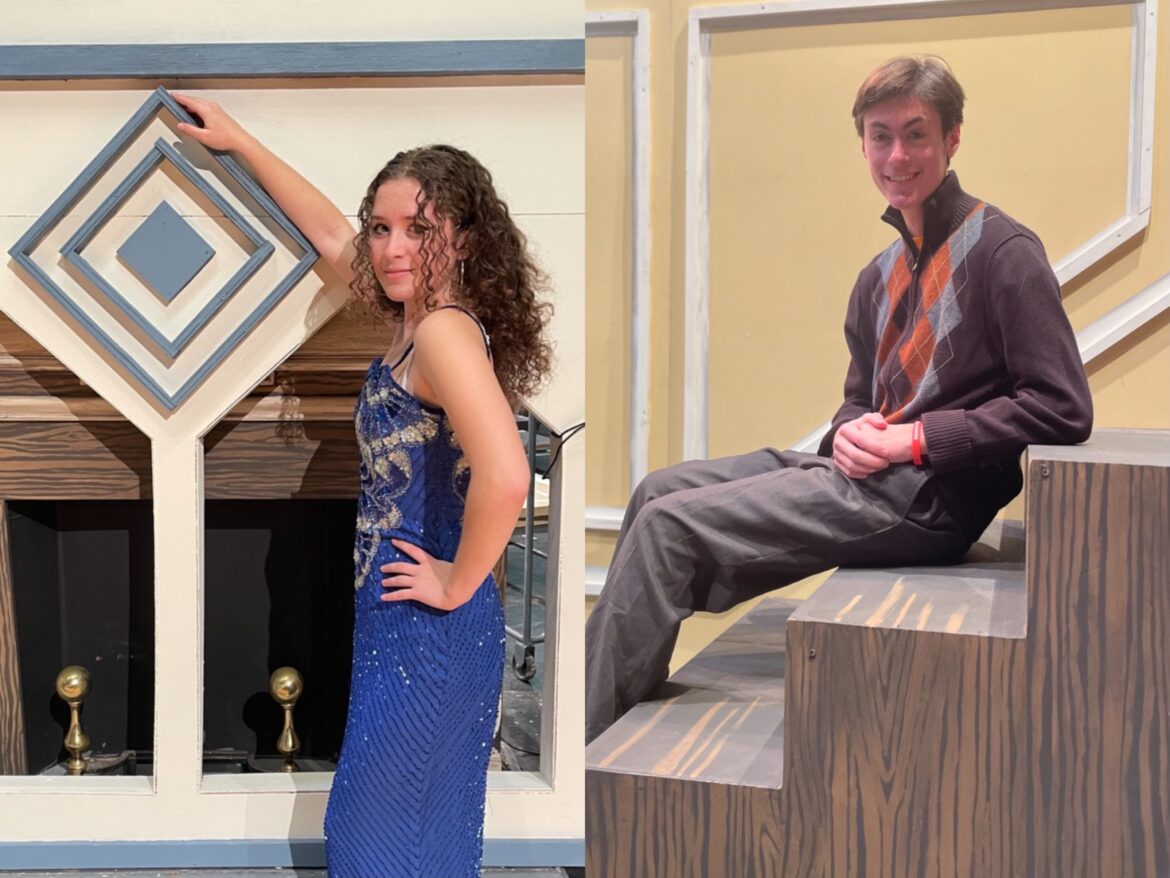 Capping off a tough year for teens, Anthony Scarrone wanted to contrast real-life hardship with something which would lift the spirits of his student actors, designers and technical crews at Beacon High School, along with the audience’s.

“It was important to us that we do something that was happy and upbeat, that brought us joy and light,” said Scarrone, who directs the Beacon Players. “What better than the music of Irving Berlin that celebrates holidays throughout the year?”

He said the students who lead the troupe suggested Holiday Inn as an antidote to the pandemic, and he agreed that “dance, comedy, big sets, costumes and lots of love make it special and appropriate.”

Shepard Rodgers, a junior who has been part of the Beacon Players for seven years, dating to middle school, said the student actors and crew consider the festive musical to be “a recovery from the turmoil of the past year” and “a celebration of our return to theater.”

Jonah Mensch, who is the president of the troupe, as well as one of the Holiday Inn leads with Audrey Lewis, says in an entertaining recruitment video (see bit.ly/beacon-players) that he loves the fact that Beacon Players is both rewarding and inclusive.

“You just want to try it out? I guarantee there’s a place for you,” he says. “Above all else, it is fun. The Beacon Players offers a community as you navigate your way through high school, wherever you may fit in.”

The hard work to make the fun look effortless in Holiday Inn began with the auditions. The troupe encouraged students to “get out the tap shoes and the jazz shoes — sing and dance this school year!”

Simple as that, only not so simple if one is not a trained dancer. Enter Bonnie Lawrence, a professional dancer and choreographer, who recently returned to the area from Los Angeles.

“We were fortunate that she was available and wanted to work with us on this very dance-heavy show,” says Scarrone. “It features all kinds of dance, including tap, and it has been going well. We have a younger company, with our middle school students involved, too, and they, as well as our high school students, are finding a whole new world of dance.”

Based on the classic 1942 film, Holiday Inn is pretty much a carefree musical — excluding a bit of drama here and there to move the story along. It’s the tale of Jim, who leaves show business to relocate to a farmhouse in Connecticut but finds life lacking without song and dance. He meets Linda, a schoolteacher, and they turn the farmhouse into an inn and host performances to celebrate each holiday.

But then Jim’s best friend attempts to entice Linda to move to Hollywood as his dance partner. Can Jim save his chance at love?

The musical was a springboard for classic Berlin tunes, including “Listen Up for Blue Skies,” “Easter Parade,” “Steppin’ Out with My Baby,” “Heat Wave” and, of course, “White Christmas.” The cast wasn’t familiar with any of those songs except the latter, says Scarrone. “They are learning a whole new genre.”

The design elements are always a core emphasis of Beacon Players productions. For this show, the sets — which Scarrone describes as “over the top” — will include animated projections provided by Jake Vander Linden of the Beacon Performing Arts Center. “There is one scene where two of our leads are singing and walking in place as the road moves behind them,” says Scarrone.

Holiday Inn will be performed by the Beacon Players at the Seeger Theater at Beacon High School on Friday (Dec. 3) and Saturday (Dec. 4) at 7:30 p.m. and Sunday (Dec. 5) at 2 p.m. Tickets are $15 for adults and $10 for seniors and students at beaconplayers.com/holiday-inn. Masks are required.