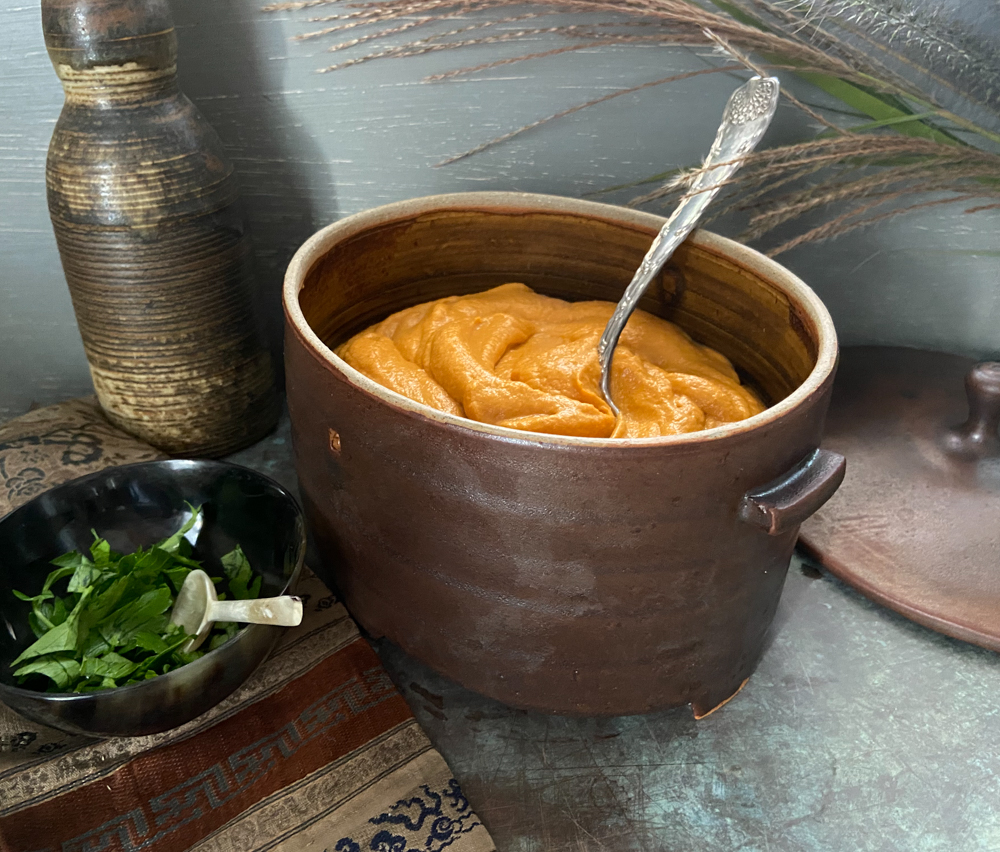 All last week, I kept thinking of this phrase, which I had uttered frequently during my pregnancy-and-early-parenting years, at least in my mind. It served as a buoying sort of mantra back then, handy whenever acquaintances or strangers used the opportunity of a friendly conversation to weigh in on my options. What were we going to name the bump? What sort of birth plan did we have? Where would we be sending him to preschool?

I’m not taking a poll, thank you.

Just reciting this phrase in my head would make me smile, which in turn could masquerade as friendliness while some random stranger enumerated his reasons for preferring “Alastair” to “George.”

By contrast, a Thanksgiving menu is a survey of sorts, especially once those bumps and preschoolers grow up and develop their own opinions about food. Each has a favorite dish — or three — and each has good reason to believe that my primary role is to deliver on these wishes. Yet given the momentousness of the meal, their requests do not land as gentle suggestions. Rather, they tend to alight in my pre-TG brain like military brass landing in some remote airfield then strutting around expecting to be obeyed.

“You’ve got to make the Brussels sprout salad,” says kid No. 3.

Last week, amid the din, I managed to make out a still, small voice within me saying, Maybe not. Because when I applied rational thought to the collective must-haves menu, I realized that many delicious and time-consuming dishes were simply getting lost in the mix. That Brussels sprout salad? Amazing. And best eaten by itself, or with a simple slice of leftover turkey on the side. I would make it Friday. Meanwhile, the mushroom tart, practically a meal in itself, would morph into the vegetarian main dish.

With the cacophony stilled, I discovered I had a few small wishes of my own waiting to be heard. Chief among them was a hankering for a Butternut-and-Romesco puree. Romesco is a rich Spanish sauce traditionally made from charred peppers and tomatoes, almonds, spices and bread, and served alongside grilled vegetables or fish. It has an almost profound deliciousness, as well as a quality that cookbook author Simon Hopkinson refers to as “more-ish-ness”—once you taste it you want more. Many Thanksgivings ago, I made it as a condiment, and wound up slathering it on leftover sweet potatoes for most of the following week. This time, I wanted to try incorporating it into a mash.

It came out terrific — a perfect foil for the meal’s rich and mellow flavors. Moreover, its smooth, velvety texture felt like a little, winking note to self, a throwback to the days when I was in charge of what went in my kids’ mouths. I don’t know yet if it will feature prominently forevermore on my offspring’s Thanksgiving wish lists. But it’s at the top of mine. In case anyone’s asking.

1. Heat the oven to 450 degrees. Cut the squash into quarters and scoop out the seeds. Toss with a little olive oil, sprinkle with salt and pepper, and arrange on a baking sheet. Roast about 40 minutes, until skin is starting to char and wrinkled all over. Set aside to cool.

2. Meanwhile, toss the pepper, onion and garlic in olive oil, salt and pepper, scatter on a baking sheet, and roast until the peppers and onions are charred, about 40 minutes. Set aside to cool. Reduce the oven to 350.

3. Cut or tear the bread into 1- to 2-inch pieces and toss with olive oil. Arrange on a baking sheet and toast in the oven (be sure that it has cooled down to 350) until golden and well-dried, about 10 to 12 minutes.

4. Roast the hazelnuts on a baking sheet, checking often and shaking the pan, until the skins begin to pull away and the nuts turn golden, about 10 minutes. Transfer the nuts to a dish towel and rub vigorously to release the nuts from the skins. You may need to return some nuts to the oven for a longer toasting. Discard skins.

5. Scoop squash flesh from skin. Peel roasted pepper and discard peels. In the bowl of a food processor, pulverize the roasted hazelnuts or almonds until finely ground. Add the squash flesh, pepper, onions, garlic, toasted bread, paprika and vinegar, and blend until smooth. With the motor running, drizzle in ¼ cup olive oil. Rewarm gently on the stove before serving, with chopped parsley on top.