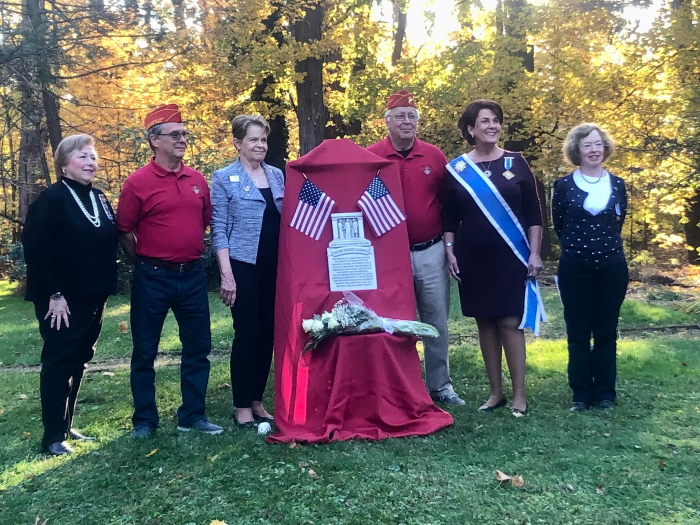 NEVER FORGET — On Nov. 18, the Beacon chapter of the Daughters of the American Revolution dedicated a marker on the grounds of the Madam Brett Homestead to honor the 100th anniversary of the Tomb of the Unknown Soldier. (Photo provided) 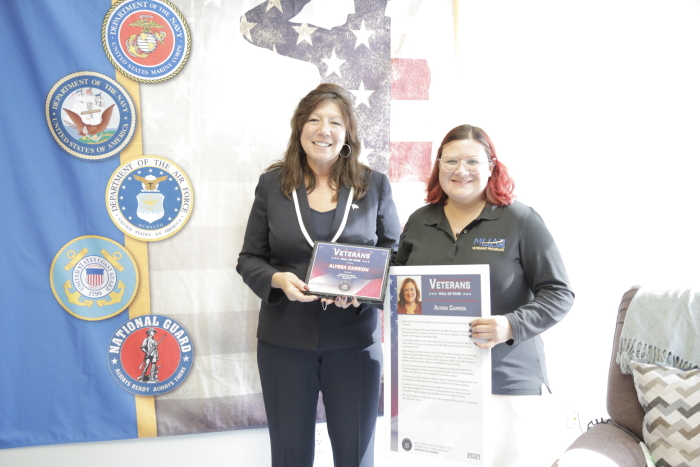 VETERAN RECOGNIZED — On Veterans Day (Nov. 11), state Sen. Sue Serino, whose district includes the Highlands, announced that retired U.S. Army Captain Alyssa Carrion is a 2021 inductee to the Senate’s Veterans’ Hall of Fame. Carrion is the manager of the veterans housing, employment, reintegration and outreach program for Mental Health America of Dutchess County. The Carmel High School graduate attended the United States Military Academy at West Point and was deployed to Egypt in 2006 during Operation Iraqi Freedom where she served as a platoon leader. (Photo provided) 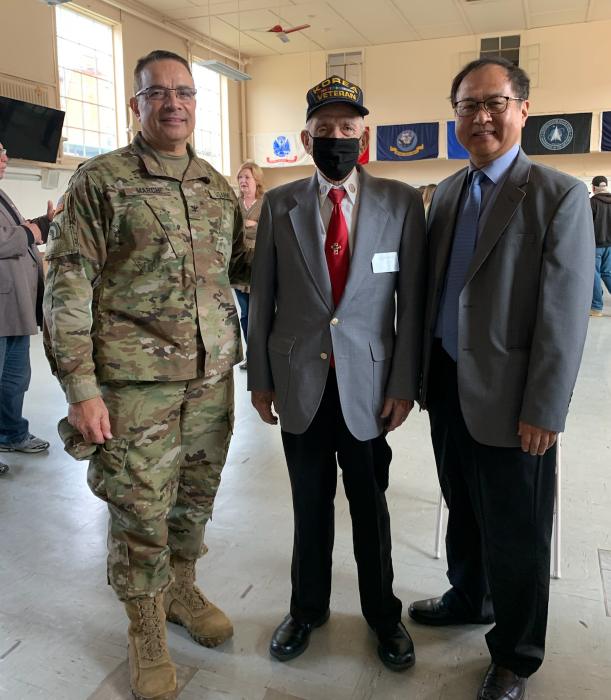 KOREAN WAR HONORS — National Guard Col. Glenn Marchi and John Yoon were speakers at a Veterans Day event hosted at the Memorial Building in Beacon on Nov. 11. They are shown with Hank Barker, the chaplain for VFW Post 666. Three days later, another ceremony was held to honor Korean War veterans at which Yoon was presented with a certificate by state Assembly Member Jonathan Jacobson, whose district includes Beacon, on behalf of Yoon’s father, Yoon Seung Kook, who led over 200 American GIs to safety during the opening days of the Korean War. (During the dinner, Yoon was informed that his 96-year-old father had died, according to organizers.) Yoon in turn presented Barker with an Ambassador for Peace Medal issued by the Korean Embassy to qualified veterans who served in Korea. (Photo provided)