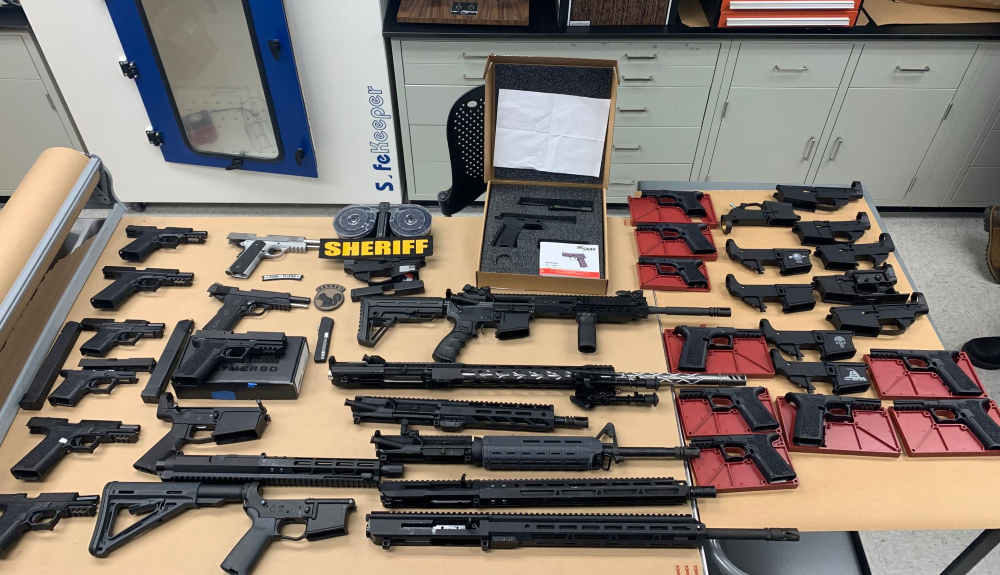 Police: Only one firearm had serial number

Putnam County sheriff’s deputies seized an arsenal of weapons from a home in the Town of Carmel during a raid on Thursday (Dec. 2), according to a news release.

The agency’s Narcotic Enforcement Unit executed a search warrant at a residence following what it said was a month-long investigation into the manufacture and sale of illegal firearms in the Mahopac area.

Inside the home, officers said they found 10 illegal pistols, an illegal assault rifle, 67 large-capacity ammunition feeding devices, and the tools and parts to make more than 20 firearms. Only one of the firearms had a serial number, they said.

David Goldberg Jr., 23, was arrested and charged with 15 counts of possession or sale of illegal weapons and one count of criminal possession of a controlled substance. He was arraigned and sent to the Putnam County jail on $15,000 cash bail or $30,000 bond.