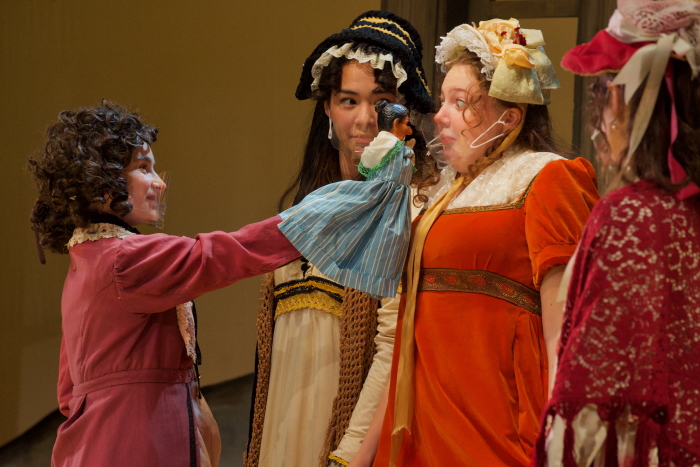 MEET THE MATRIARCH — Lucy Steele (played by Elaine Llewellyn) reacts to a puppet representing her future mother-in-law during a performance of Sense and Sensibility by Haldane Drama on Dec. 4. The puppet is wielded by Fanny Dashwood (Helen Hutchinson) while Elinor Dashwood (Maya Gelber) looks on. (Photo by Ross Corsair) 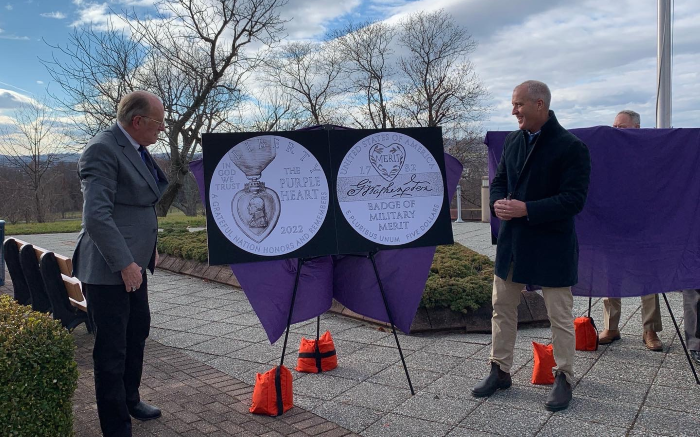 PURPLE HEART COINS — In a news conference on Dec. 4 in Wappingers Falls, Rep. Sean Patrick Maloney unveiled designs for three commemorative coins that will be released in 2022. Maloney, whose district includes the Highlands, introduced a bill that allowed the U.S. Mint at West Point to create them. The series will include $5 gold, $1 silver and half-dollar clad coins; proceeds will benefit the National Purple Heart Hall of Honor in New Windsor. The Purple Heart is awarded to service members who are wounded or killed by enemy action. (Photo provided) 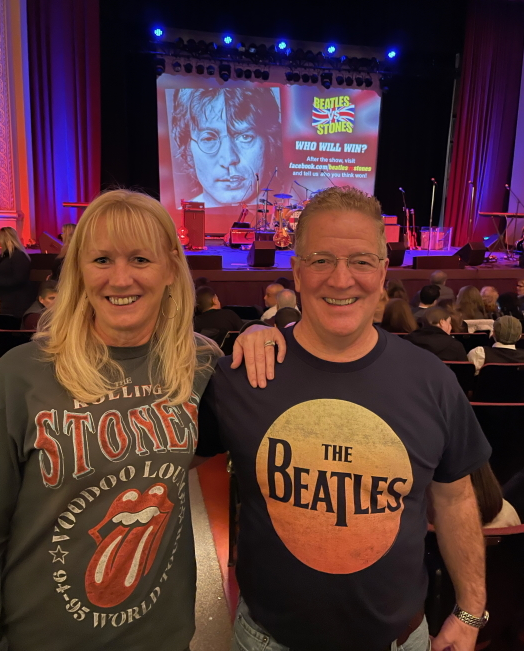 BEATLES VERSUS STONES — Kelly Maloney and Richard Schunk of Cold Spring show their loyalties before a performance on Dec. 4 by Beatles and Rolling Stones tribute bands at the Paramount Hudson Valley Theater in Peekskill. They and four other couples scored free tickets in a drawing held for members of The Current. (Photo provided)