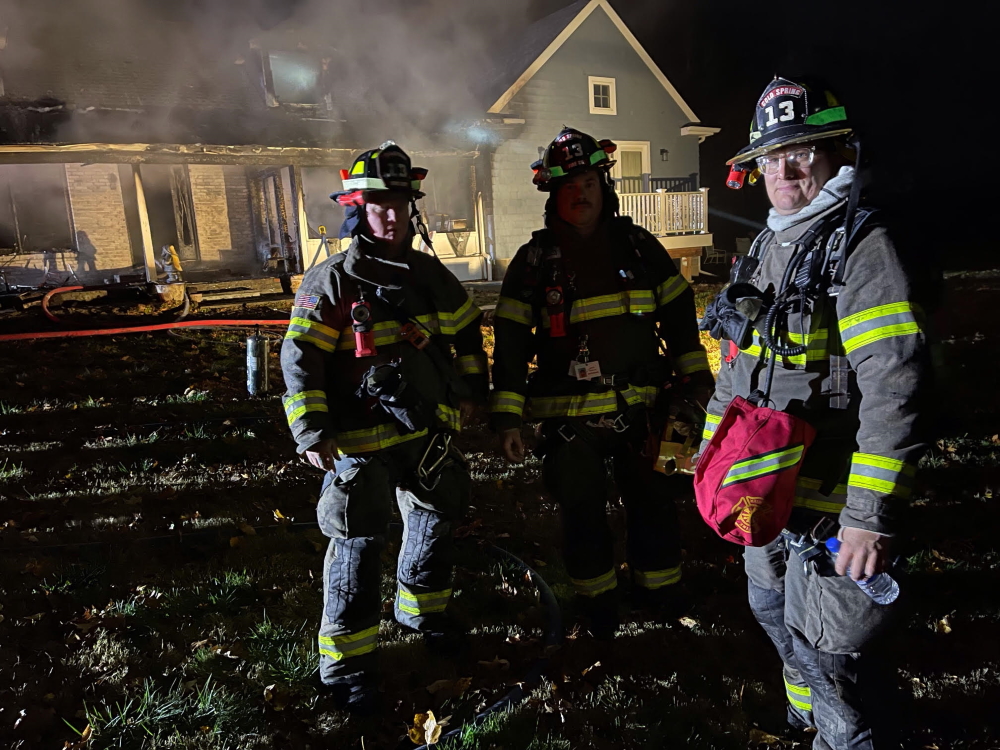 The Cold Spring Fire Company, at its Dec. 7 meeting, honored four members for  outstanding service to the community, including Travis Fyfe, who was named Firefighter of the Year.

“Travis’s commitment to attending training, drills, and work details was exemplary,” said Chief Tom Merrigan of Fyfe, who joined the department in 2020. “He has been an integral part of the CSFC this year, both as a firefighter and personally.”

Firefighters of the Year

Travis Fyfe is the 40th recipient of the honor, which was established in 1981.

Two members were cited for 25 years of service: Michael Allen, who was chief from 2003 to 2004, and Lillian Moser, who was elected as vice-president for the upcoming year.

Established in January 1896, the all-volunteer Cold Spring Fire Co. is about to enter its 126th year of operations. In addition to the village, it provides protection for Nelsonville and Philipstown, as well mutual aid to other area departments.