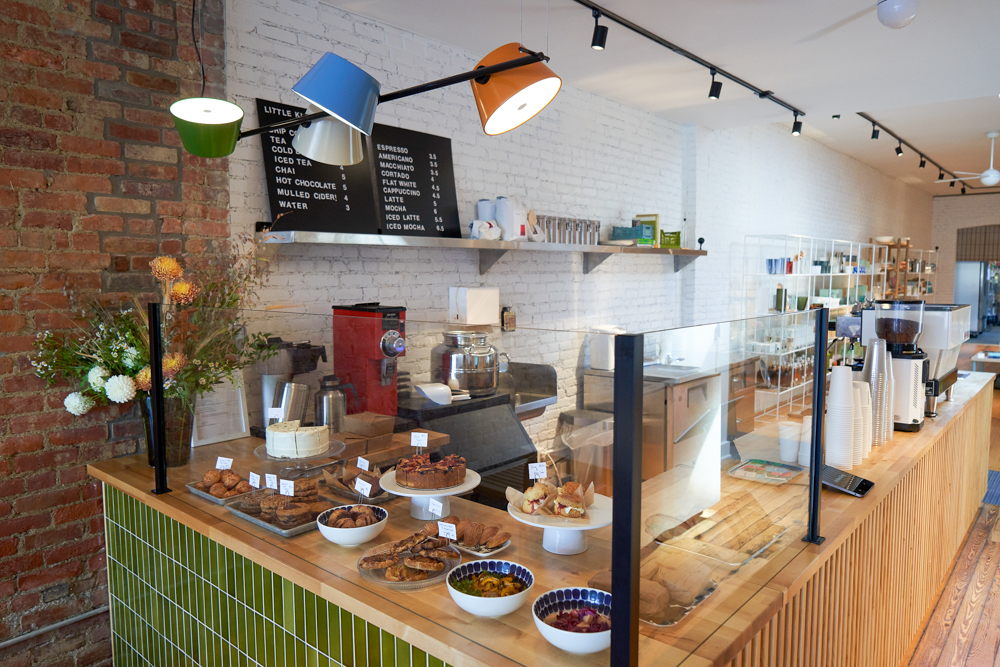 Little King, a new hybrid Beacon cafe and design store, marries the two in the large, airy space at 199 Main St., formerly the home of the Beacon Institute for Rivers and Estuaries.

Open since October, the shop is constantly evolving with the goal of being “warm, inclusive and celebratory,” says chef Jeremy King, who owns the enterprise with his partner, Ken Baldwin. He says the couple had been looking for the past five years for a way to open their own business.

During the early months of the pandemic, they returned to the East Coast from Los Angeles to be closer to family. They discovered Beacon through friends.

“It came down to finding the right space, then tailoring the business model to the space we found,” King says.

Baldwin adds: “We loved the history of this space. I believe it was a post office for the town, and also a place where ships were built. The square footage and the separation of the rooms was perfect; we felt we could accomplish everything we wanted to do.” 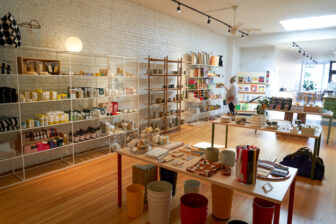 … and the retail. (Photos provided)

Baldwin is a creative director with expertise in fashion advertising, branding, design and packaging. He manages Little King’s design wares and says the concept for the store was developed on trips to Scandinavia, particularly Finland.

“That opened up my eyes,” he says. “Why not have things you keep forever and pass down? It’s about being proud of the things you own, timeless pieces as well as fun stuff. It’s about elevating your space at home. The pandemic has made many people appreciate the small things, like having nice towels that won’t fall apart.”

Besides Finnish home and drinkware, the shop stocks textiles — including typically bold designs from Marimekko — bath accessories and skin-care products from Japan, along with toys and cookbooks.

As for the food, that’s the responsibility of King, who oversaw the construction and first year of Rose Bakery in Los Angeles and worked for many years in the kitchens of farm-to-table restaurants such as Marlow & Sons, Diner and Saltie in New York City. 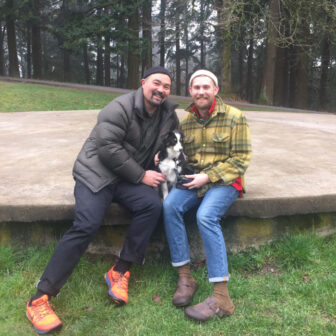 “I took a lot of time to design the menu, so that I could do it all by myself,” he explains. “It’s grounded in baking, with sweet and savory items which have elements of pastry. I make a sausage roll wrapped in housemade puff pastry. I also make Eccles cakes which include spiced, currant-filled puff pastry.

“For lunch, there are focaccia sandwiches. We make every element of the sandwich, composing it like a dish, with great condiments: pickles are the star. There’s also an olive oil cake that people know and love already; it’s a fun item to show off my pastry background. We also take special orders for cakes. I’m adapting and growing it, learning from experience. The breakfast offerings have roots in where I went to culinary school, in London.”

Baldwin says it’s been fun to meet customers. “I talk to everyone — I’m always curious,” he explains. “We want to become more involved in the community; we’ve met people running some amazing businesses. We also connected with an artist, Gemma Bailey, who had not shown before. She liked our aesthetic, and we liked hers.” They had left one wall blank — “to figure out later” — and decided to make it an art gallery.

The name Little King was one they chanced upon and came back to. “It’s abstract and has a good balance of refined and playful: that’s us,” says Baldwin.

Little King is located at 199 Main St. in Beacon. The cafe is open from 8 a.m. to 6 p.m. from Thursday to Sunday and the retail shop from 10 a.m. to 6 p.m. See  instagram.com for daily food specials and littleking.online to shop online.