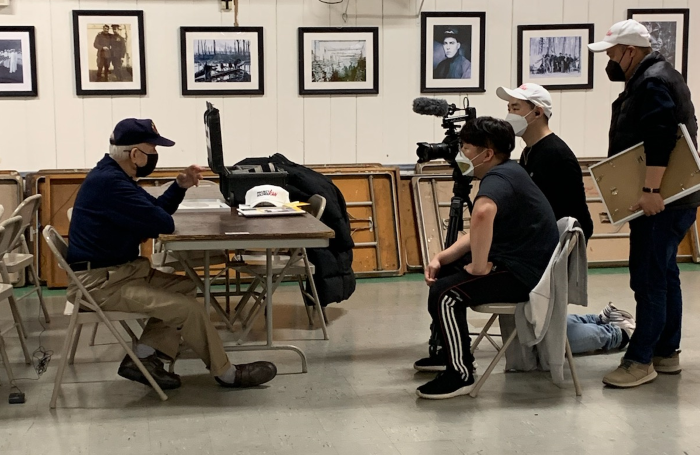 REMEMBERING KOREA — On Dec. 6, members of Project Soldier KWV interviewed Hank Barker (shown at left) and Willie Reed, both veterans of the Korean War, at the Memorial Building in Beacon. A documentary filmmaker, Rami Huyn, has visited 37 U.S. cities and photographed more than 1,200 veterans of the war, fought from 1950 to 1953. 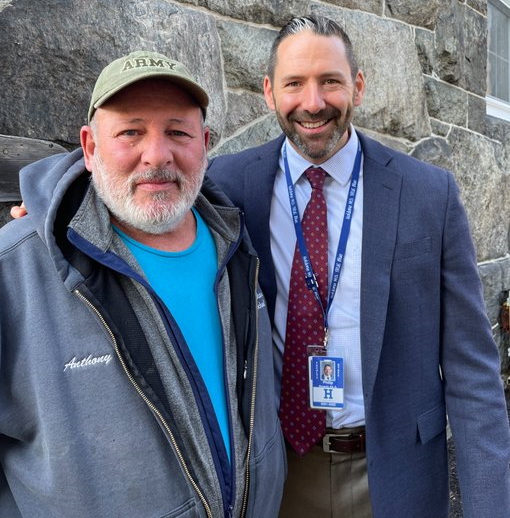 A LOT OF FIXES — Anthony Stronconi, a maintenance worker for the Haldane school district, retired after 51½ years (he was hired in June 1970). He is shown with Superintendent Philip Benante. 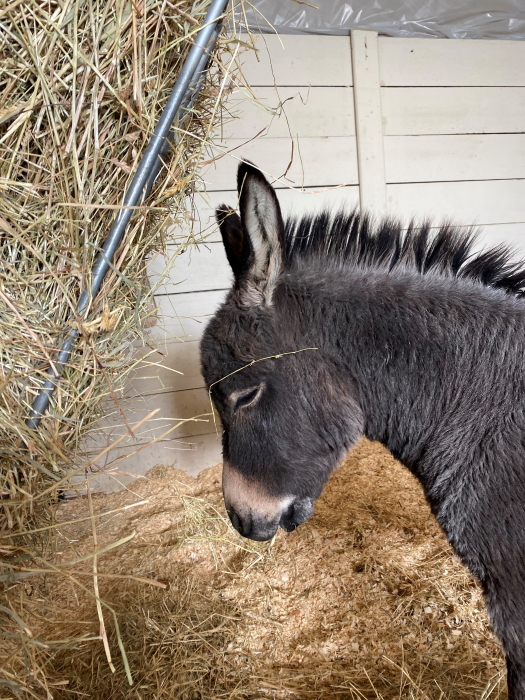 NEW FACES AT TILLY FOSTER — Nancy Olnick and Giorgio Spanu of Garrison, who own Magazzino Italian Art, recently donated two Sardinian donkeys, Darius and Dante, to the Tilly Foster Farm and Educational Institute, which is operated in Brewster by Putnam County. (The rest of the herd resides at the Philipstown museum on Route 9.) The farm also has two Percheron draft horses on loan from a Brewster family and three pygmy goats donated by Muscoot Farm in Somers as part of an animal-care program for high school students. The donkeys are “vocal animals” that are “known to protect other animals,” said Chris Ruthven of the county parks department, in a statement. “I suspect they will be looking out for the pygmy goats.” The farm, located on Route 312, is open daily.