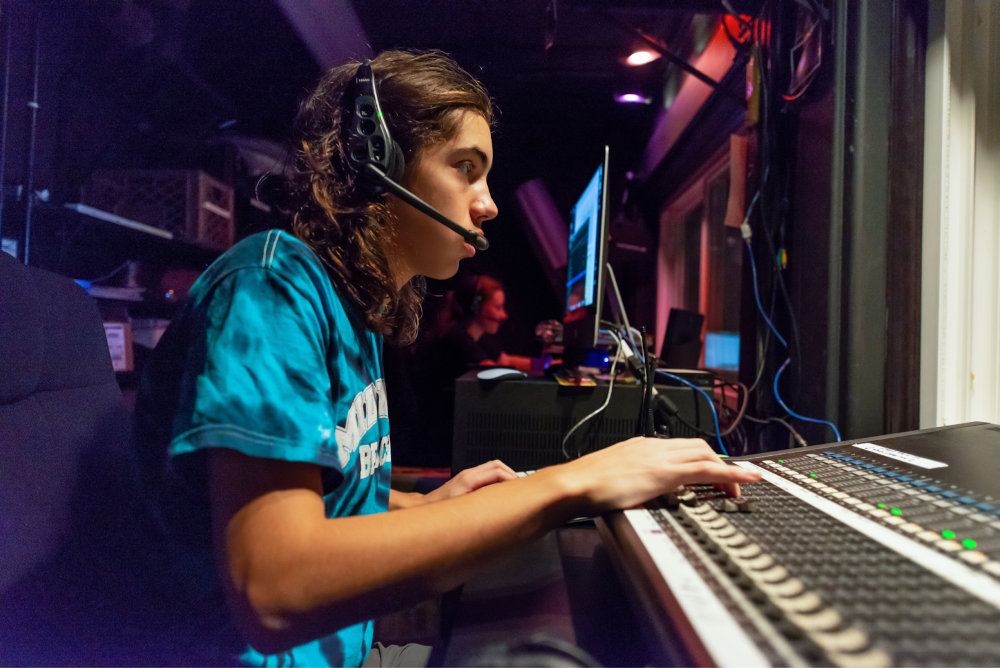 Matt McCoy adjusts the volume of the microphones. (Photo by Damian McDonald)

Damian McDonald’s introduction to the backstage started in the sixth grade, when he volunteered to work behind the scenes on a production of The Sound of Music.

A decade later, McDonald is the technical director for Haldane High School’s theater program. Along with a corps of students and adult volunteers, he worked diligently for two months on the troupe’s most recent production, Sense and Sensibility, which was performed at the school on Dec. 3 to Dec. 5. 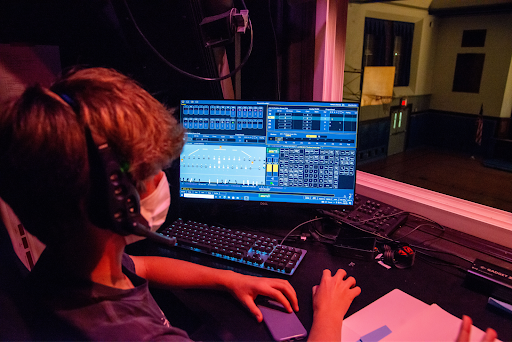 The students and volunteers are Haldane Drama’s offstage performers, whose roles — managing sound and lighting, building sets, composing music, sewing costumes — can be overlooked. It is not unusual for McDonald’s crew to stay past midnight during the lead-up to opening night.

“To put on a play requires a community effort,” said McDonald. “There is a saying among the people in the tech crew: If you don’t get any comments, it’s good. You did well.”

Haldane’s tech crew began in 2010 with a folding table and a lighting board. Since that bare-bones beginning, the crew has been strengthened with the addition of a professional-grade audio system, upgraded lighting and the installation of a tech booth, said McDonald.

Aside from the tech crew, there are many community members who helped out behind the scenes. 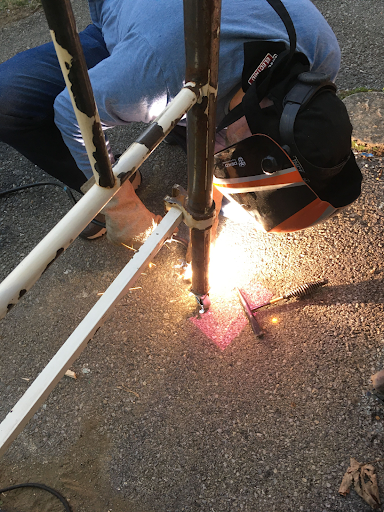 Joe Levy adds wheels to a bed being used as a prop.

Jeffery Sniffen and Matt Koch, both parents of students with roles in Sense and Sensibility, worked on sets — building the background, laying the floor and helping create props. For a month, Sniffen — who is also a teacher at Haldane Middle School — worked from 3 to 6 p.m. on weekdays, and then he and Koch alternated shifts from 7 a.m. to 6 p.m. on weekends.

“All we can do is try to provide the actors an environment that helps the show come to life,” said Sniffen.

Shawna Chandler, a board member for the Haldane School Foundation, and I oversaw the costumes. We rented outfits from the Theater Development Fund, a Queens organization whose collection of 85,000 donated costumes is available for theater, film and television productions. Chandler and I spent hours hemming, repairing rips and helping the actors fit into their outfits.

How did you get involved with Haldane Drama?

I was teaching an after-school sewing class, and I think someone whispered my name to [director] Martha [Mechalakos]. I’ve been helping ever since.

What shows have you worked on?
The first was Les Miserables. It was a crazy show with so many costumes. Then I did The Importance of Being Earnest, Romeo and Juliet, Cabaret. Whenever you do a period show, it’s always a beast.

What do you like most about costumes?
Seeing the kids and all their hard work, and the problem-solving aspect to it. You look around and you get paper plates, a little fabric and you have to make it all come together to make whatever. That’s fun for me. I also loved working with all the costumes from TDF [the Theater Development Fund, an organization that rents costumes to drama productions]. 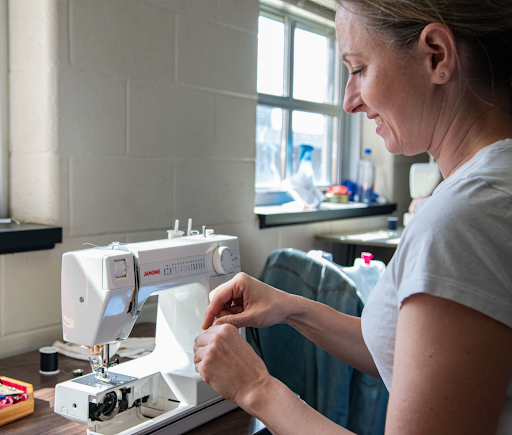 How do you think costumes benefit plays?
It helps transport people into that time or that world. It makes it more believable. And you can see it when the kids put the costumes on and have their first rehearsal; it helps them put on the character as well.

What do you think of the Haldane Drama community?
There is so much that happens in the months leading up to the show. For Sense and Sensibility, there were three weeks when we were in that gym. All the kids work so hard, and you can see they love it.

How does the behind-the-scenes work build the play?
There is so much going on that people can’t see. For example, Ivy [Heydt-Benjamin] and Robert [Freimark], the prop people, were huge. They have to be so organized and have everything exactly where it is supposed to be. If everything behind the scenes works perfectly, then everything onstage can work perfectly. As long as we are all supporting each other, it can go really well.

Students Ivy Heydt-Benjamin and Robert Freimark served as stage managers. During every rehearsal, they furiously wrote notes and made sure everything ran smoothly. Jim Mechalakos, a physicist and musician from Cold Spring, creates music for many of Haldane’s plays and photographs the actors. 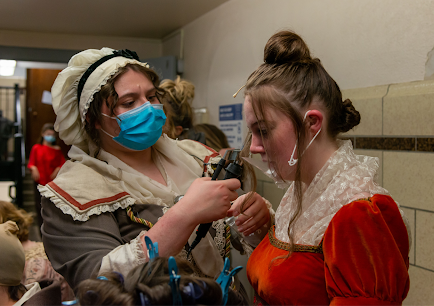 “Anyone who helps in any way contributes,” said Martha Mechalakos. “And we need that; we need a little more than that.”

HOW WE REPORT
The Current is a member of The Trust Project, a consortium of news outlets that has adopted standards to allow readers to more easily assess the credibility of their journalism. Our best practices, including our verification and correction policies, can be accessed here. Have a comment? A news tip? Spot an error? Email [email protected]ghlandscurrent.org.

One thought on “From the Shadows to the Spotlight”