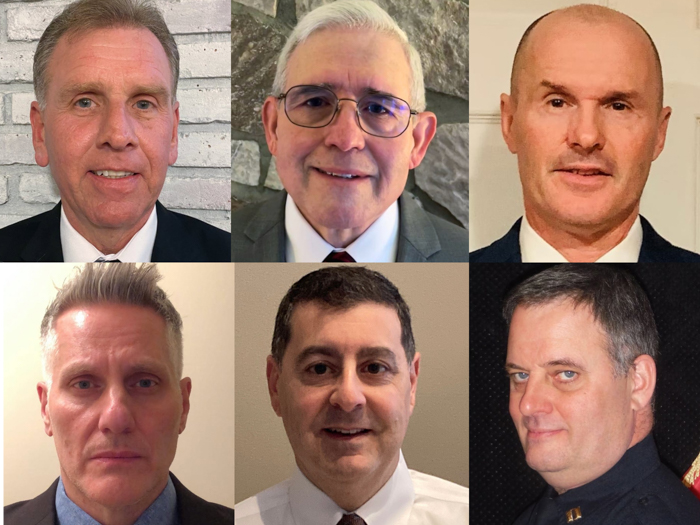 Kevin McConville sworn in on Dec. 30 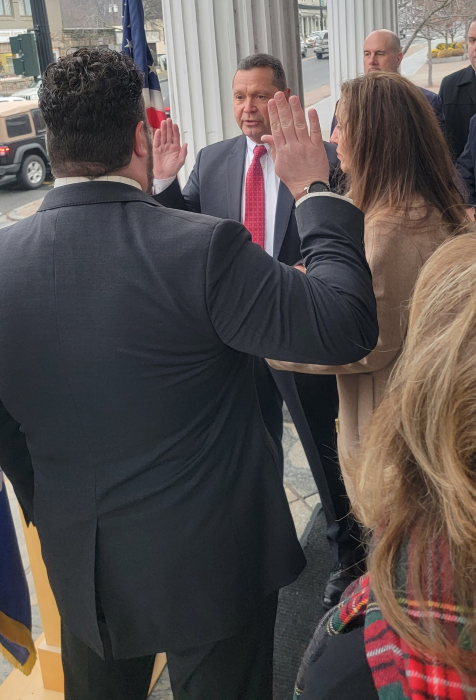 Kevin McConville, a Haldane High School graduate and Philipstown resident, was sworn in as the Putnam County sheriff on Dec. 30. (Photo by William Gouldman)

Kevin McConville, a Philipstown resident who was sworn in as Putnam County sheriff on Dec. 30 on the steps of the historic courthouse in Carmel, has named his undersheriff and the five captains who will make up his command team. The biographical information is taken from the Sheriff’s Department website.

Thomas Lindert began his law-enforcement career in 1984 when he was hired as an officer for the Cold Spring Police Department. He joined the Sheriff’s Department in 1985 and was assigned to the narcotics task force. In 2003 he became a senior investigator and in 2004 was promoted to captain to oversee the road patrol. He retired from the Sheriff’s Department in 2007 and joined the Town of Fishkill Police Department, where he served until January 2019.

James Schepperly began his 34-year career as a New York State Police trooper, rising over the years to an assistant deputy superintendent. After leaving the NYSP, he worked for the Town of Fishkill Police Department, most recently as chief, until his retirement in 2020.

Kevin Junjulas, a Cold Spring resident, began his 30-year career with Metro-North, serving as a patrol officer and K-9 handler. He joined the Beacon Police Department as a K-9 handler and on its emergency response team. He was promoted to captain in 2015 and was chief for two years until his retirement in 2020.

Michael Knox began his career in 1993 as a police officer in White Plains, where he rose to command the patrol division until his retirement in 2012. Knox, who has experience with narcotics and target investigations, has worked on police reform committees and reviewed procedures and policies for compliance, the Sheriff’s Department said.

Michael Grossi began his 29-year law enforcement career as a road patrol deputy with the Columbia County Sheriff’s Office. In 1997 he joined the Westchester County Police Department, where he worked in the civil bureau, overseeing 16 employees and managing a budget of $14 million and 6,000 case files. Grossi is a “subject matter expert” in state civil laws, the department said.

James Greenough has been a corrections officer at the Putnam County jail for 31 years and has experience in budget preparation, records retention and training records management.