Beacon writer digs out manuscript — and starts over

Writers of a certain age: Do you have an unfinished manuscript stashed in a drawer? An incomplete masterpiece, waiting to be unearthed? 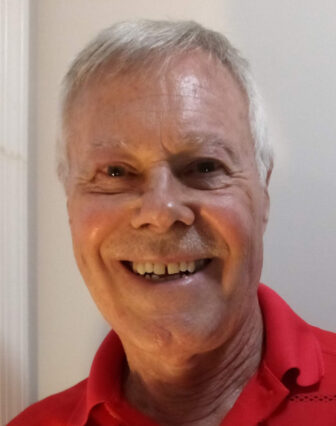 Jonathan Vickers of Beacon says he had a stack of dusty papers destined for oblivion, until fate — in the form of a writing workshop — intervened.

“Right before the pandemic,” Vickers explains, “I joined this workshop [for veterans; Vickers served in the Army during Vietnam] and wound up writing a short story, and some memoir pieces, which the group liked. The pandemic broke the group up, but I kept writing.

“After a summer daytrip into New York City, I found it so dead I wrote an essay titled ‘Who Will Build Our Ark?,’ comparing it to Noah and the flood. I began thinking about a book I had started to write in high school or college. I couldn’t get any further with it but kept the manuscript for all these years.”

He dug it out, hopeful, but once he began reading, ditched the idea of a revival. “It was terribly written, sophomoric — but I liked the idea of it.”

Vickers decided to start over. “What I realized in writing it the second time is that I hadn’t experienced enough of life back then,” he says. “Many years later, I was able to write the real thing.”

His novel, The Smile of December, was published by Dorrance, a self-publishing company, in October. The book’s dedication gives a hint at some of what it’s about, as Vickers explains.

“It’s dedicated to four men who were fathers or father figures to me: my real father, my stepfather, my godfather and my uncle through marriage,” he says. “The book is not autobiographical, but I can pick out things from my own life here and there.

“The main character is the embodiment of the father I wish I had,” he says. “I did not get along with my father, who died when I was a senior in high school. The night he died, my first thought was, ‘Oh my God, I’m free.’ Then I grieved.”

While growing up in Dearborn, Michigan, Vickers aspired to be an actor and director, but his father disapproved. “I wound up majoring in theater at the University of Michigan,” he says. “When I graduated, I worked for a year in advertising, then, knowing the draft was after me, I signed up for three years in the Army and wound up posted to Heidelberg, Germany, as a personal secretary to a four-star general who commanded overseas forces.

Upon his return, Vickers went back to advertising, while pursuing theater on the side. He transitioned to hospital administration but, once again, theater tugged at his sleeve. He couldn’t make it work financially so he returned to hospitals. 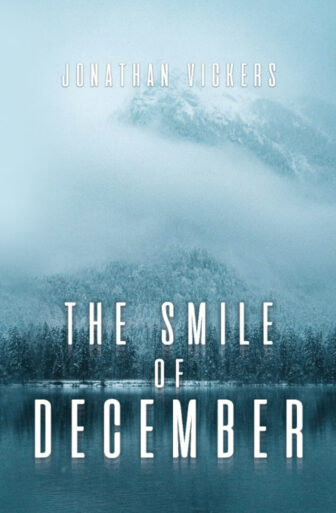 Eventually, he retired and pursued another art form: the novel, which he wrote in longhand, because he doesn’t own a computer. It took six months for a first draft, with many hours spent at the Howland Public Library in Beacon and Blodgett Memorial Library in Fishkill. It took another nine months to revise, organize, locate a publisher and work with Dorrance on editing, design and promotion.

Vickers says he submitted the manuscript to traditional publishers but was told repeatedly they were not accepting submissions. “I didn’t want to wait,” he says. He’s been happy with the experience, saying: “With self-publishing, you have a lot more control. When or if it sells, you get larger royalties, too.”

Vickers, with his wife, bought a home in Beacon in 2017 and moved in two years later, says he has no ideas yet for his next project. “I’m still on this one,” he says.

The next time round, though, Vickers says he might try a new approach, based on his experience with The Smile of December (the title is ironic, he notes). “When I first started, I did an outline,” he says. “But once I got into the characters’ heads, they told me where they wanted to go. It was a strange feeling.”