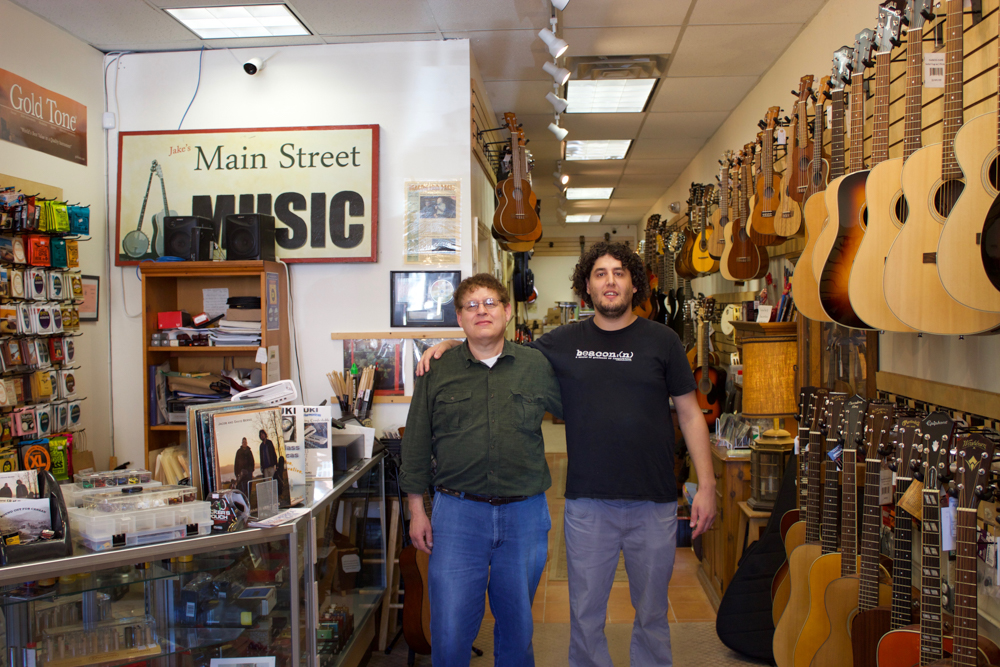 David (left) and Jake Bernz (Photo by A. Rooney)

Beacon shop hung on by strings during shutdown

How did Jake’s Main Street Music survive the pandemic shutdown?

“Surprisingly, in the beginning, everyone wanted to learn the banjo,” says Jake Bernz, who runs the 8-year-old Beacon shop with his father, David. “We had 10 or 12 orders the first week. It didn’t stay just banjo, but that’s where it started, with lots of internet sales. Our walk-ins decreased because we saw customers only by appointment.”

David noted that sales have grown every year except 2020, but “banjos helped us out a lot” when the economy shut down. 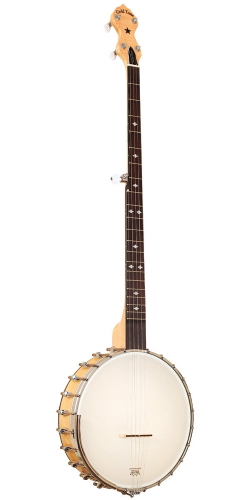 Although the store opened again a few months into the pandemic, it’s now back to appointment-only because of Omicron, “although we take care of people,” David says. “If our doors are closed, and someone knocks and just needs a guitar string, we’ll get it for them.”

The tentacles of the pandemic have extended to several facets of the business. The shop offers lessons, but only guitar is still in-person. The monthly song circles, which brought many locals into the store, have also been postponed.

The circles, which they hope to restore in the summer or sooner in a suitable outdoor space, grew out of get-togethers hosted for years by the Beacon Sloop Club. Musicians sit in a circle, one starts playing, others join in, then another begins a new tune.

“There were and are so many like-minded musicians, so many open mics turned into jam sessions at our store,” Jake says. “We’d get people from different states, even other countries. They’d come up when they had gigs in New York City, come with all sorts of needs — often something they spotted on the website.”

Some came to talk with David, who was a longtime friend and colleague of Pete Seeger and is a two-time Grammy winner — the first as the producer for Seeger’s 2008 album, At 89, and the second as producer of Seeger’s Tomorrow’s Children, with the Rivertown Kids and Friends, which was released in 2010.

“People ask me about Pete,” David says. Others are unfamiliar but become curious after looking around the store. “A lot of young people don’t know him, and see Pete’s pictures on the wall here,” he says. “I let them know who he was.”

For Jake, Seeger was a family friend whom he knew while growing up. Jake is a songwriter who has released several albums. There’s a folk lineage at work: David’s father, Harold Bernz, helped start the People’s Songs journal, the precursor to Sing Out, a quarterly centered on folk music. 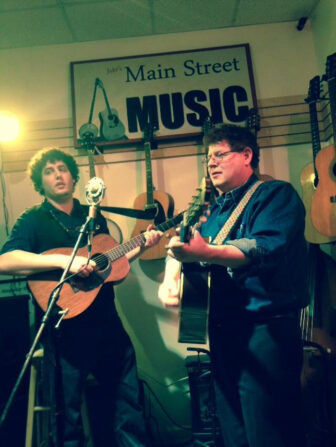 When father and son envisioned a music store in Beacon, they began with the notion of a “wall of guitars” running front to back. But their plans went well beyond that.

“When you walk into our store, you’ll see we specialize in stringed instruments,” David says. “We have five humidifiers going and a wall of banjos, mandolins, as well as the guitars. Where the big box stores carry the main brands, we carry a range.”

“We also keep songbooks and kits on hand for beginners,” Jake adds. “A lot of parents with kids in elementary and middle school come in, needing a Book One for an instrument in school band.”

“From the very start,” David says, “we wanted to be a different kind of music store, catering to wants and needs, carrying high-quality instruments. We flipped the model of most modern music stores, places like Guitar Center and Alto Music — who we like a lot — you go into those stores and you see a little bit of everything, and probably somewhere in the back, there’s a small humidified room; that’s the acoustic model.”

He adds: “Originally, what we didn’t quite understand is that a music store is a community hub, at least with the type of instruments we carry, acoustic.”

Along with the sales, which include used, vintage and consigned instruments, are lessons, most of which have moved to Zoom for now. Although not ideal, Jake says, “it’s still a nice way for beginners to learn best practices.”

If an instrument or lessons turn out not to be the right fit, that’s OK. “After a while people can determine for themselves whether they have a natural affinity, and we can help them with making a switch,” David says. Along with guitars and banjos, the store sells violins, mandolins, ukuleles, dulcimers, autoharps and resonator guitars.

Both father and son say they work well together. “There are little tussles, of course, but overall it’s a privilege and a pleasure to run a music store together,” says David. “I have two wonderful sons living here in Beacon; the other, Jesse, is a software engineer.” Says Jake: “We play music together, have done lots of gigs together, so this was an easy place to fall into.”