Beacon pedestrian was struck on Dec. 1

The Beacon Police Department this week released further details about the death of a pedestrian who was struck by a vehicle on Dec. 1 on Teller Avenue at Main Street.

The Current received two reports in response to a Freedom of Information Law request. One was completed for the City of Beacon and the other for New York State, both by Officer Michael Connor, who responded to the scene following a call to 911. 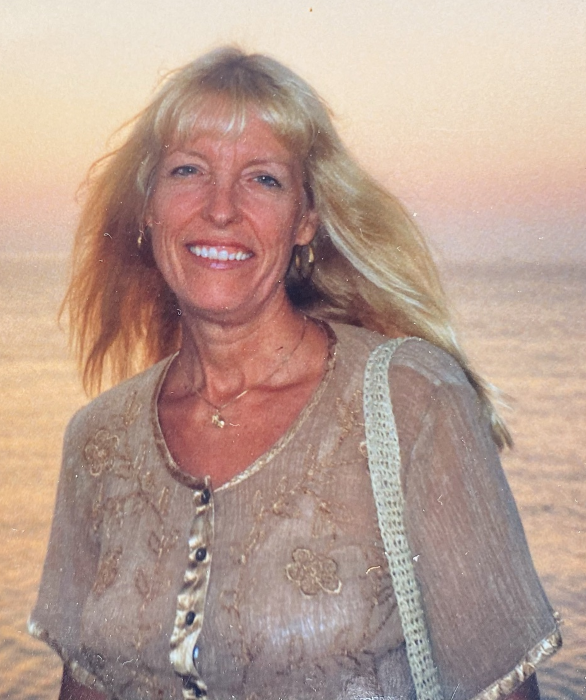 Identifying details for the driver and the pedestrian were blacked out in both reports but the victim was identified earlier by her family as Carla Giuffrida, 75, of Beacon. She was treated at the scene for a head injury by the Beacon Fire Department and taken to Montefiore St. Luke’s Cornwall Hospital in Newburgh. Giuffrida was later transferred to Westchester Medical Center in Valhalla, where she was pronounced dead about five hours after the 3:11 p.m. collision.

A native of California, Giuffrida is survived by her two children and six grandchildren. She was a Montessori and fiber arts teacher at the Homestead School in Glen Spey (Sullivan County) for nearly 30 years until her retirement in 2016.

The driver has not been identified by any official sources. In initially denying a FOIL request from The Current for the accident report, the police department said the incident remained under investigation.

According to the two reports, a vehicle traveling westbound on Main Street, after stopping at a red light, turned south onto Teller and struck Giuffrida in the center of the crosswalk.

Giuffrida “suffered what appeared to be a serious head injury but was conscious and breathing” while being treated by first responders, Connor wrote.

According to the reports, Giuffrida was hit by the driver of a white 2019 Jeep Wrangler. Connor said the driver told him Giuffrida had not been visible “due to a blind spot from the front left ‘A’ pillar of the Jeep’s frame and the contributing factor of the sun glare.” 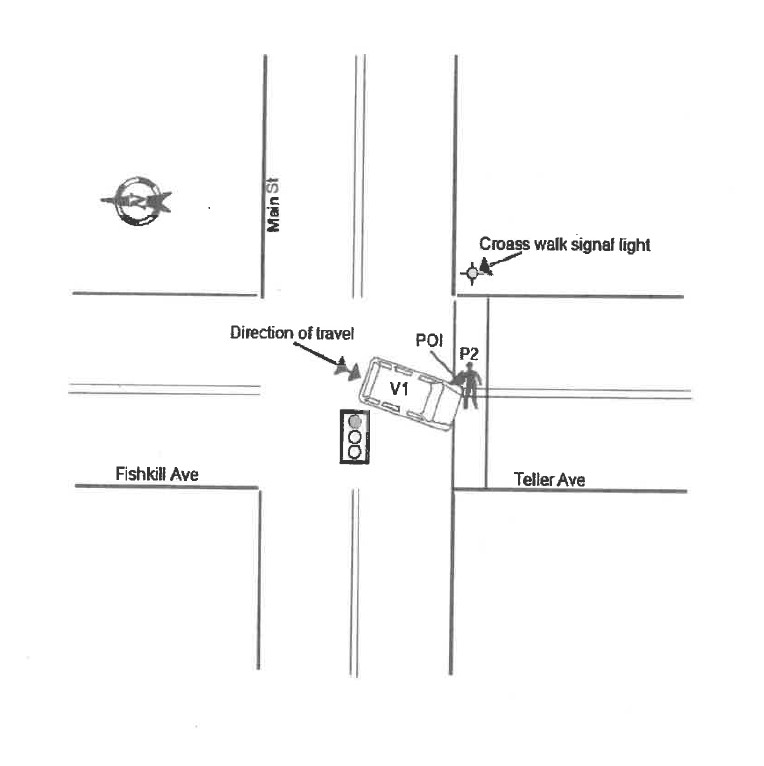 A diagram included in one report.

Connor added: “During the time of the interview, [the driver] was highly emotional due to the incident.” The officer conducted a field sobriety test and determined the driver was not intoxicated. He said he issued the driver a ticket for failure to yield the right of way to a pedestrian.

Connor said he “observed video footage of the incident at police headquarters” but the reports did not indicate from where it was obtained. The footage was not released with the reports.