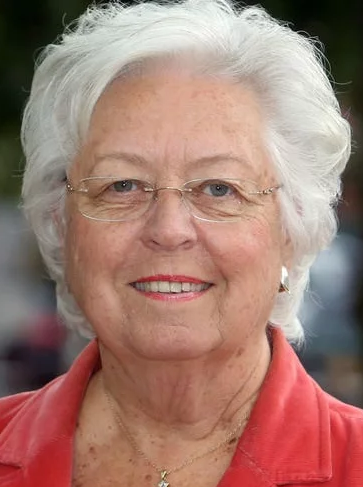 Sandy Galef, Philipstown’s longtime representative in the state Assembly, announced on Monday (Jan. 10) that she plans to retire at the end of the year and will not seek re-election to her seat, which she has held for nearly 30 years.

Galef, a Democrat whose 95th Assembly district also includes northern Westchester County and the Town of Kent in Putnam County, said she had made her decision after “much careful thought.”

A former teacher in the Scarsdale school district, Galef was a Westchester County legislator when she won election to the Assembly in 1992, defeating Republican Lawrence Gomez in November of that year to represent what was then the 90th district. Philipstown and Kent were not initially part of the district but were added, along with Putnam Valley, after state legislative boundaries were redrawn using data from the 2000 census.

Galef, whose seat became the 95th district and lost Putnam Valley after lines were drawn again following the 2010 census, defeated Republican Lawrence Chiulli in November 2020 to win a 15th term. The decision to not seek a 16th term in November was “very emotional” and Galef said she cried when notifying staff on Friday (Jan. 7).

With 24 hours of Galef’s announcement, two people declared their campaigns to succeed her:

Andre Rainey
The Democrat served on the Peekskill City Council when he first won election as mayor in 2017 and re-election in 2019. He did not run in 2021 for a third term. During his time as mayor, Rainey helped secure a $10 million state Downtown Revitalization Initiative grant for the city.

Before being elected as the Ossining town supervisor in 2015, Levenberg was Galef’s chief of staff. The Democrat also served on the Ossining school board for nine years and is a founding member of the Ossining Micro Fund and Ossining for Refugees.

Although she “loved every moment of being an elected official,” Galef said the decision was driven by several factors: running in another redrawn district when the state finalizes new state Senate and Assembly boundaries based on the 2020 census; being 84 years old at the end of another term; and enjoying working from home more, and driving to Albany less, as state legislators switched to remote proceedings during the pandemic.

“I really liked the job; I like people,” she said. “It was hard to say I’m not going to do that anymore, but I have a whole year and there are a lot of things I want to get done.”

Asked to name pieces of her legislation that became law, Galef highlighted two amendments to the state constitution that she initiated: one replaced masculine language with gender-neutral wording; the other changed a requirement that legislators receive only printed bills.

Galef also introduced 2003 legislation that established a residential parking system west of the Metro-North tracks in Cold Spring; a 2004 bill that allowed Putnam County to begin taxing state-owned properties; and a law enacted in 2017 that mandates rear-facing car seats for children younger than 2 years old.

In March 2021, then-Gov. Andrew Cuomo signed into law legislation Galef introduced that expands the access of military veterans charged with crimes to specialized veteran treatment courts. In November, a bill she introduced to allow employees who care for siblings to be eligible for the state’s paid family leave law was enacted by Gov. Kathy Hochul.

Galef has also been active in the shutdown of the Indian Point nuclear power plant in Buchanan, which is part of her district and undergoing decommissioning. During the current Legislature session, she said she hopes to pass a bill expanding the definition of property to include Indian Point’s spent fuel rods, so they can be taxed by local municipalities.

Galef’s wish list for her final session also includes reforming property assessments so that municipalities reassess more often and expanding the list of people and organizations required to report suspected child abuse to include the Boy Scouts and Girl Scouts.