Ahmet was the owner and operator of Albra’s Restaurant in Beacon. After his retirement, he worked part-time as a bus driver.

A service was held on Jan. 15 at Riverview Funeral Home by Halvey in Beacon.

Susan G. Beckett, 69, a resident of Newburgh and formerly of Beacon, died Jan. 10 at Montefiore St. Luke’s-Cornwall Hospital in Newburgh.

She was born in Brooklyn on May 31, 1952, the daughter of Luz Maria Gomez. Susan worked for 40 years as an engineering technician at the IBM plant in East Fishkill until she retired.

A prayer service was offered on Jan. 15 at Libby Funeral Home in Beacon, followed by interment at Fairview Cemetery in Beacon. Memorial donations may be made to the Animal Rescue Foundation (arfbeacon.org). 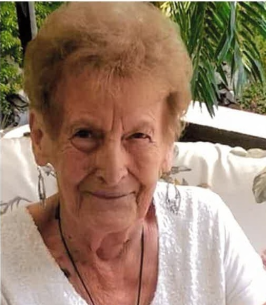 Catherine “Kitty” Butler, 90, a longtime resident of Beacon, died Jan. 7 at her home.

Kitty was born Oct. 5, 1931, in Cold Spring, the daughter of Joseph and Johanna (Brickner) Alton. She worked as a seamstress at Beacon Looms and Crescent Lingerie in Beacon. She also worked as a matron for the Beacon Police Department. Kitty was a Christian soldier with the Salvation Army in Beacon for 56 years.

She married Michael Kirzoncic, who died in 1976. Her second husband, Joe Butler, also died before her.

A funeral service was held on Jan. 11 at Riverview Funeral Home by Halvey in Beacon, followed by interment at Fishkill Rural Cemetery. Memorial donations may be made to the Salvation Army in Beacon (easternusa.salvationarmy.org). 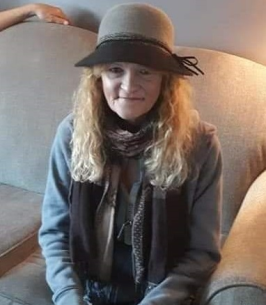 Colleen C. Dorien, 56, a 20-year resident of Poughkeepsie and formerly of Beacon, died of esophageal cancer at her daughter’s home in Beacon on Jan. 10, surrounded by her daughter and grandchildren.

She was born Jan. 12, 1965, in Norwich, Connecticut, the daughter of Frederick and Joan (Kuney) Dorien. Colleen worked for more than 10 years at Perretta Graphics in accounts receivable.

Colleen was close to her daughter and grandsons; she would come to visit every other weekend. She loved to cook and watch cooking shows and enjoyed spending time with her grandsons and cooking with her daughter. She also loved to draw and read and had a place in her heart for cats.

Along with her daughter, Katrina Valmer-Pantojas; and her grandsons, Julian Pantojas and Evan Pantojas; she is survived by her brother, Joseph Dorien of Wappingers Falls; her nieces, Jacklyn Dorien, Jessica Jackson and Rachel Bradshaw; and a nephew, Joseph Dorien Jr. Funeral arrangements were private.

Carolyn McIntosh, 75, a resident of Beacon and formerly of the Bronx, died Jan. 9 at the Fishkill Center for Rehabilitation and Nursing.

She was born Jan. 26, 1946, the daughter of William and Carrie (Anderson) Gordon. Her husband, Julian McIntosh, died before her. Carolyn worked for the New York City Housing Authority until her retirement and was a member of the Red Hat Society.

Funeral services were private. A memorial celebration will be scheduled.

He was born in Cold Spring on July 21, 1977, the son of Robert and Patricia Ann (Lewis) Parker. A graduate of Beacon High School, he worked in construction and commercial driving. PJ enjoyed spending time with his family and friends, music, humor and, most importantly, blessing others with his “painfully wise” words of advice.

Robert is survived by his children, Japre Parker, Monet Parker and Nashon Ramsey; and his siblings, John Peterson, Ramona Peterson and Patricia Peterson.

His family gathered for a Muslim service on Jan. 10 at Masjid Ar-Rashid in Beacon, followed by burial at Cedar Hill Cemetery in Newburgh.

He was born in Beacon on Nov. 9, 1956, the son of Patrick and Marie (DePeter) Pennacchio. Glenn worked for oil and gas companies until he decided to open a motor repair business. Many people know him as “Motorman Glenn.” 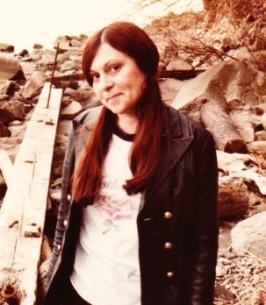 Ellen Quartironi, 84, a longtime resident of Beacon, died Jan. 7 at her home.

She was born Dec. 21, 1937, in the Bronx, the daughter of Peter and Teresa (Doran) Quartironi. Ellen worked as an executive assistant to the head of marketing for Liberty Travel. She was also a member of the Doll & Miniatures Club.

A funeral service was held on Jan. 15 at Riverview Funeral Home by Halvey in Beacon. 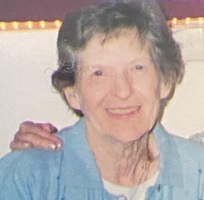 Victoria A. Zamudio, 92, of Beacon, died Jan. 8 with family members at her side.

She was born in Poughkeepsie, the daughter of Karol and Anna Gronkowski. Following high school, she attended the White Plains Hospital Nursing School and later worked at Vassar Brothers Hospital, where she met her future husband, Dr. Rodolfo Zamudio Sr. They were married in 1960.

Vicki attended Mass every day and was a parishioner of St. Joachim–St. John the Evangelist Church in Beacon, but also had a strong connection with the chapel at the Castle Point VA Medical Center in Wappingers Falls and St. Mary’s Church in Fishkill.

Vicki enjoyed knitting and crocheting, acting as the family photographer and baking pizzelles, and loved jigsaw and crossword puzzles. She enjoyed traveling, participated in the local garden club, played tennis, bowled and collected seashells on the beach with her husband, children and grandchildren. She and Rudy loved music and dancing together.

She thrived on helping others and often volunteered for her church community, drove cancer patients to their appointments and working at a local charitable organization, Nifty Thrifty, every Monday until the pandemic. Her children, grandchildren and her family were everything to her, and spending time together and being involved in her grandchildren’s interests brought her great joy, they said.

She is survived by her children, Lisa Koscal (Tom), Kevin Zamudio (Nancy Caminiti) and Rod Zamudio (Jennifer); her grandchildren, Natalie, Trevor and Jordan; and her brothers, Henry Hochlowski and Chester Gronkowski.

A Mass of Christian Burial was held on Jan. 15 at St. Joachim Church in Beacon, followed by a graveside service at Calvary Cemetery in Poughkeepsie. A memorial gathering will be scheduled for friends and family.