Howard E. Nichols, 84, formerly of Cold Spring, died Jan. 9 at his home after a short illness concurrent with a long battle against Alzheimer’s disease. He was being cared for by family and Hudson Valley Hospice.

He was born June 16, 1937, in Mount Vernon and grew up in Cold Spring. While attending Haldane High School, he enlisted in the U.S. Naval Reserve and served for 10 years, including as a submarine communications technician. He was employed by IBM, working his way up from technician to engineer status until his retirement in 1992.

Howard had a lifelong love of learning, supported by a vast collection of books and articles. His many hobbies included ham radio (K2LBK), electronics, chemistry, tools, woodworking and stamp collecting. His family said he was devoted to them and always eager to share stories and jokes, as friends and acquaintances can attest.

A memorial service will be scheduled. Donations may be made to the Alzheimer’s Association (alz.org/hudsonvalley), or to the Hudson Valley Hospice Foundation (hvhospice.org/foundation). 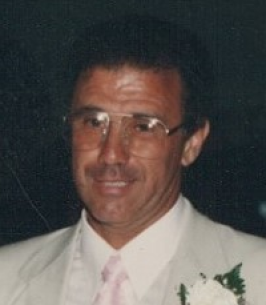 Luciano Paggiotta, 75, of Garrison, and formerly of Yonkers and Fishkill, died Jan. 9 at his home.

Lou was born on June 11, 1946, in Yonkers, the son of Alfred and Concetta (Contarino) Paggiotta. He attended Yonkers schools, served in the U.S. Army for two years and was stationed at the demilitarized zone in Korea for most of that time. After returning to the U.S., he became the co-owner of a landscape contracting company and later a kitchen and bath remodeling company, both in Yonkers, and of Dom D’Agostino’s Nurseries in Mahopac, Fishkill, New City and Danbury.

Lou loved taking care of the beautiful gardens surrounding his home, his family said. He was a believer that in order to achieve what you wanted in life, you had to work hard for it — which he did. Lou was also an animated storyteller.

Along with his wife of nearly 45 years, Lou is survived by his sister, Roseann (Robert); and two cousins, Dominick D’Anna (Barbara) and Frank Branca (Joanne).

Calling hours will be held on Thursday (Jan. 27) from 4 p.m. to 8 p.m. at McHoul Funeral Home in Fishkill. A Mass of Christian Burial will be celebrated on Friday at 10 a.m. at Our Lady of Loretto in Cold Spring, followed by interment at Cold Spring Cemetery.