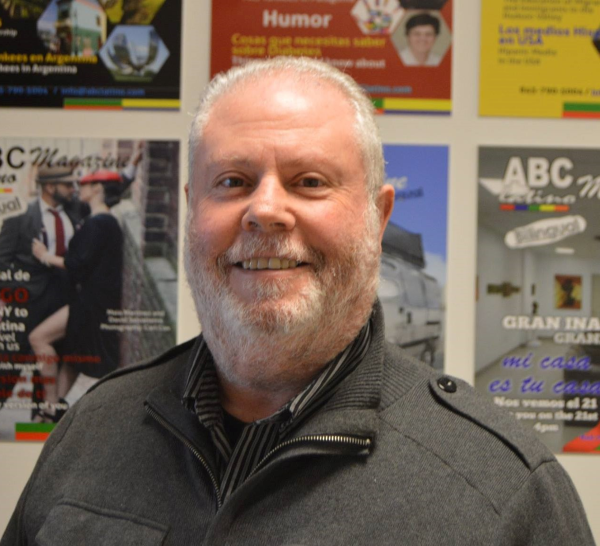 In 2017, Enrique “Rob” Lunski founded ABClatino, an online, bilingual magazine at abclatino.com that has grown into a multimedia platform. It is based in Poughkeepsie.

How did someone with the surname Lunski end up creating ABClatino?

My parents were Polish but migrated to Argentina, where I was born. Later, we moved to the U.S. — a true mix of cultures crafted who I am. In Argentina, I studied journalism and published a youth magazine called Grito, or Shout. In the U.S., I studied economics and the management of nonprofit organizations. I make use of both backgrounds; ABClatino is a nonprofit. I’ve lived in the Hudson Valley most of my life. I’m Argentinian by birth and American by choice.

What prompted you to launch the magazine?

It was born after the third Hudson Valley Latino Forum was held at Dutchess Community College; more than 300 community leaders from across the state participated. The forum uncovered the need for an organization, a hub, to bring together the growing number of Latino voices across the region and state. We’ve held four Latino forums; the pandemic interrupted what was to be a biannual event. The magazine has grown to include radio, a TV show and a podcast.

Who is your audience?

We have 6,000 followers in the Hudson Valley; according to Hudson Valley Pattern for Progress, the only widespread population that has positive growth in the region is the Hispanic community. We also have international followers, mostly in Latin America or Latino communities in Europe. Readers use the magazine as a tool to learn English or Spanish and several schools use it as part of their tool kit. Many non-Hispanic people read it to learn about Spanish culture and traditions. In a sense, we see ABClatino as a bridge to bring communities together.

What do you cover?

Why expand to so many platforms?
We try to reach a broad audience and people tend to get their information in many ways: print, digital, audio, video, radio, TV, YouTube, social media, podcasts. The magazine started as the hub, but after five years, each platform now has its own unique content.