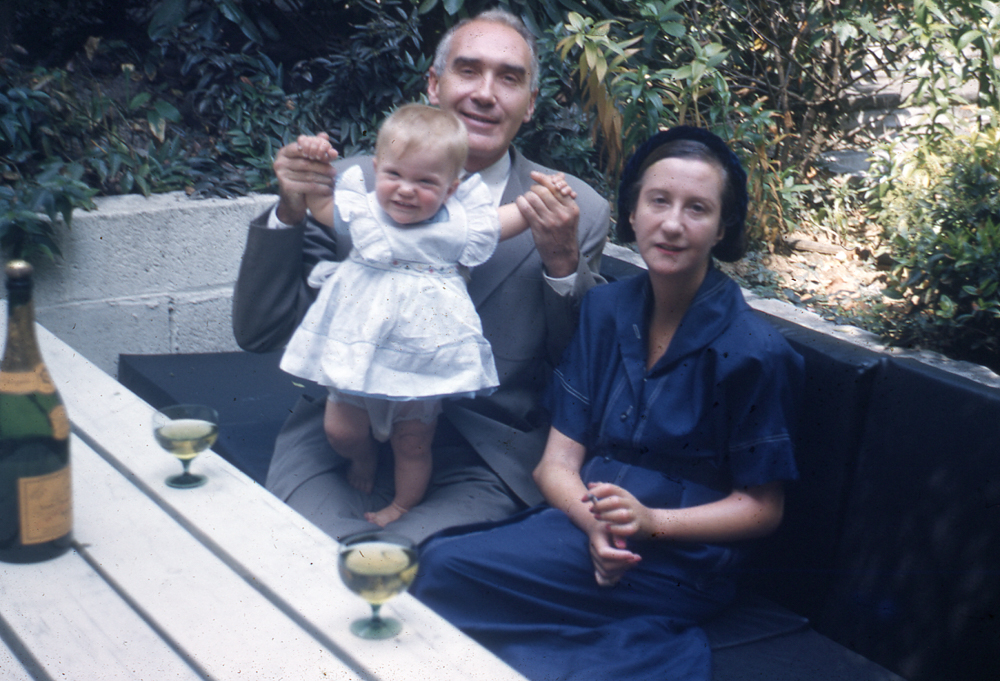 Russel and Mary Wright relax with their daughter Annie, circa 1951 (Photos provided)

Manitoga has a knack for confusing people. Some people know the Garrison site as a great place for a hike in the woods. Others, particularly those in the design and architecture worlds, are devotees of its creator, industrial designer Russel Wright.

A new, comprehensive book on Manitoga and its creators — yes, that’s plural, as Russel Wright’s wife, Mary Einstein Wright, is accorded her due — provides a canopy over Manitoga’s diversity.

The book, Russel and Mary Wright: Dragon Rock at Manitoga, by Jennifer Golub, was published recently by Princeton Architectural Press. 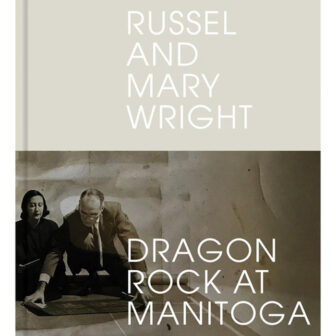 It all began with a Greenwich Village shop window that Golub passed frequently. Intrigued by the dinnerware on display, she succumbed to what was the first of many purchases of Russel Wright’s ceramics. Years later, prompted by a New York Times article on Manitoga, which is a member of the Historic Artists’ Homes and Studios program of the National Trust for Historic Preservation, she made the trip to Garrison to see it for herself.

“My eventual visit to Dragon Rock [the Wright home] was an awakening,” she writes in the book’s preface. “In the era of TV dinners and mowed lawns, a culture of the suburban ideal, Russel and Mary Wright were artists.”

In the lavishly illustrated chapters that follow, Golub explores what she calls the site’s “binary factors: urbanity of New York City and the sublime landscape of the Hudson Valley, commercial mass production and the individual character of the hand, Japanese aesthetics and American ideals, cloistered bisexual attraction and family yearnings.” 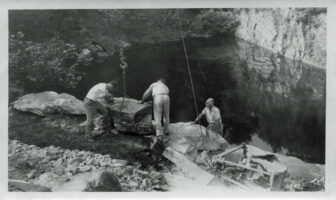 The book begins with an examination of the Maverick Festival, a bohemian arts festival which took place in Woodstock’s woods from 1916 to 1931, where the Wrights met. It proceeds through chapters on stages of their life together, addressing their entrepreneurial design practice, book authorship, quest for land on which to build a home and studio, construction of the home and the woodland paths, and even the recipes they compiled. The text is amplified with hundreds of photos and documents.

Throughout, Mary’s role as Russel’s partner, designer and entrepreneur until her 1952 death from cancer is examined.

We caught up with Golub recently to ask her more about the book. 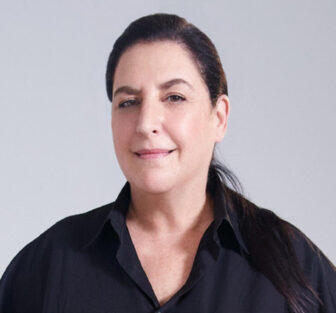 What was it about your visit to Manitoga that inspired you?

When I first visited in 2017, I was struck by the relationship of the Woodland Paths to the gardens of the Katsura Imperial Villa, Kyoto, and the Moss Temple, Kokedera. There were distinct echoes in the way in which a water feature was central, the paths had these sensual curves, the resting spots where the grandeur of the valley was disclosed paired with more intimate spaces. I was met with a certain familiarity, down to the changes of materials underfoot, like, “I know this.”

I was surprised that I hadn’t heard of the house, particularly having served on the board of directors of Philip Johnson’s Glass House [in New Canaan, Connecticut]. I felt compelled to do something, similar to the way I felt compelled to write about [modernist architect] Albert Frey. When I met him for the first time in 1995 in Palm Springs, there were no publications about his work. Before even entering Dragon Rock, I thought: “Here I go again.”

What audience did you see for the book: designers or architects, historians, landscape designers, foodies?

There are various points of entry, including those you mention. I would add that Mary belongs among the pantheon of seminal 20th-century industrial designers and feminists. There is also a point of entry around sexual fluidity and tolerance. There are essential lessons around sustainable native vegetation and safe-bird migration pathways. And it’s a story of ethics and individuality. 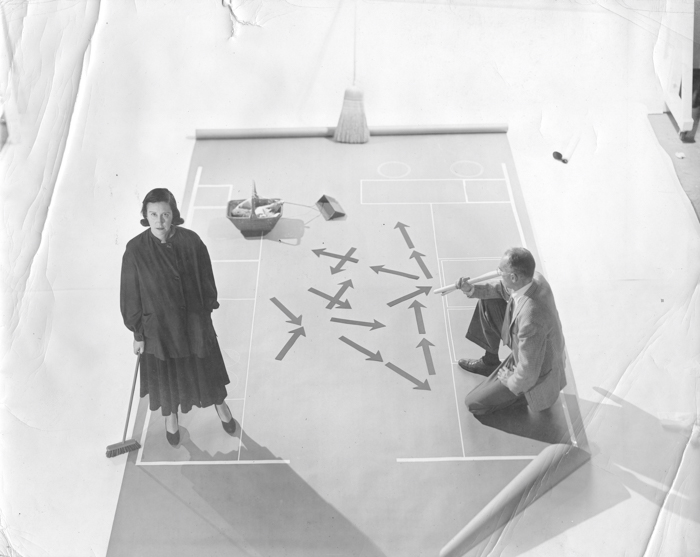 What sparked your interest in Mary?

Annie Wright [the Wrights’ daughter] was only 2 years old when her mother passed. I felt if I had one job to do, it was to pull Mary into focus. I had no preconceived idea of her nature, or the nature of their relationship. I did know that she was a creator with her own line of work, and suspected she had personal charm and moxie with an astute business mind.

At this point of history, women were to take a seat behind men. We never learned of Ray Eames’ collaboration until decades after Charles Eames was introduced to the public. Anni Albers had aspired to be an architect but the Bauhaus only permitted women to be textile designers. It was Russel who went to lengths to ensure Mary’s rightful attribution not only as a business partner, but a co-creator of their home and participant in their design practice.

While Mary sadly passed before the construction of Dragon Rock, she was steeped in the procurement of the site and the development of the home. Neither Russel nor Mary were certified architects, but they had both studied architecture and collaborated on the conception of the home. She imagined her future family and yearned for a certain tranquility.

What was the significance of the Maverick Festival?

It was an annual festival to celebrate and fund the summer-long Maverick Art Colony. It was held during each August full moon in Woodstock in the 1920s into the ’30s and was a grand affair where thousands of artists gathered from far and wide for a spirited week of free creative expression.

Russel was the director of the theater and Mary attended as a guest and apprentice of the sculptor Alexander Archipenko. They met during the summer of 1927 and eloped that September, so one can only imagine how magnetic the experience was. The theater at the Maverick Festival was built on an abandoned bluestone quarry, which Russel and Mary clearly sought to emulate in Garrison. The inclusive, creative free expression of the festival, collaboration and quick iteration informed their design practice and nourished their spirit as fundamental principles for their lives.

The two miles of trails designed by Russel Wright at Manitoga, at 584 Route 9D in Garrison, are open daily during daylight hours for hiking. Dogs are not permitted. Public tours will begin in mid-May. See visitmanitoga.org.