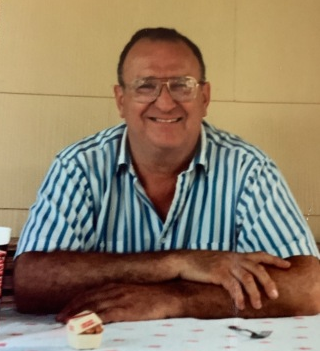 Robert Emerick, 87, of Cold Spring, died Jan. 31 with family members by his side.

He was born April 14, 1934, in Ardsley. After graduating from Ardsley High School, Robert joined the U.S. Air Force and was stationed at Donaldson Air Force Base in South Carolina, where he met Ann, who became his wife of 52 years.

After leaving the service, Robert began his career in the Greenburgh building department before moving to Ossining. He started as Ossining’s building inspector and retired more than 25 years later as director of operations. He then joined the Philipstown Building Department, where he worked for another 20 years.

If you asked anyone who “Mr. E” was, you would get many replies: Little League coach, building inspector, craftsman, Yankees and Giants fan, his family said. Formerly of Ossining, he was deeply involved in both communities as a civil servant and volunteer.

Bob loved spending time in his workshop and sharing his creations, his family said. His birdhouses, corkboards and various other woodworking projects are spread across the country in the homes of family, friends and acquaintances. His favorite thing was having a full house for the holidays.

He is survived by his sons, Randy Emerick, Mark Emerick and Kurt Emerick, as well as eight grandchildren and five great-grandchildren.

A celebration of life was held at Clinton Funeral Home in Cold Spring on Feb. 3. Memorial donations may be made to St. Jude Children’s Research Hospital (stjude.org).